The Japanese anime television series Hamtaro is being used by some Thai protesters as a symbol of what they say is their government's insatiable appetite for taxpayer dollars.

Here in the United States, we've been watching the continuing #BlackLivesMatter social and racial justice protests that were sparked by the death of George Floyd while in Minneapolis police custody.

We are not alone. Similar protests have been held around the world.

But in Thailand, there is another, tax-related protest that's taken a lighter approach to highlight a serious issue.

Defying leaders and coronavirus: It was just part of a series of recent anti-government rallies across Thailand.

The first gathering, according to Reuters, was led by a group called the Free Youth Movement. It drew more than 2,000 activists, making it one of the biggest anti-government protests since a 2014 coup in Thailand.

The demonstrations began shortly after Thailand's Constitutional Court dissolved the Future Forward Party in February. They stopped when the country banned gatherings in an effort to prevent the spread of COVID-19.

This month, however, protesters have defied the ban. Anti-government rallies having been held in Bangkok, the nation's capital and most populous city, almost daily since July 18.

Other youth-led protests have spread across the rest of Thailand, as shown in the Voice of America News video above.

Tax-hungry hamsters: At the demonstration this past weekend in Bangkok, protesters sang new lyrics to the theme song for Hamtaro, a Japanese cartoon about a hamster who loves sunflower seeds. 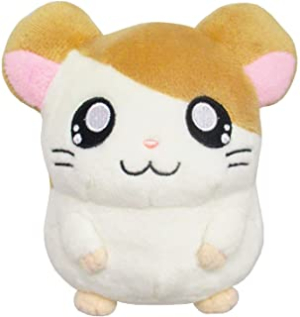 In addition to calls for a new government assembly, the Thai youths are demanding a rewritten constitution to replace the one created by the military and an end to harassment of government critics.

Demands also have expanded recently for greater gender rights and an end to what the young protesters say are an outdated educational system curriculum.

"The adults may think ... they can’t take us seriously, but this is the way for the new generation," said a 20-year-old woman who was among the protesters. "We are doing this differently in hope that something will change."

Ah, youth. Hail to your enthusiasm and righteous indignation. May you always continue to fight the good fights, tax and everything else, for all of us worldwide.