Not yet independence, freedom or justice for all in America on this July 4th 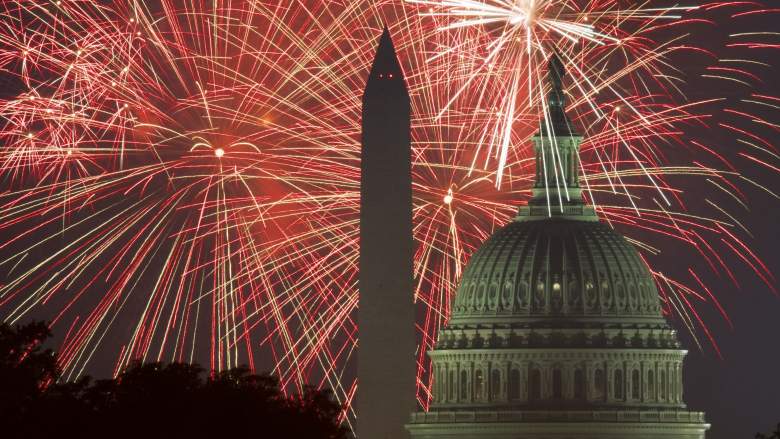 Often, too often, we use independence and freedom interchangeably. Even dictionaries and thesauruses say the words each mean to some degree the power or right to act, speak, or think as one wants without hindrance or restraint (freedom) or the state of being free from the control or power of another (independence).

On this July 4, 2020, we are reevaluating what those definitions mean to us, our families, friends and neighbors, to people we don't know personally and to the United States as a whole.

The scrutiny of those definitions could fill library shelves nationwide where reference — and history — books now sit.

Freedom, but not for all: For my whole life, I have thought about July 4th as a celebratory birthday, commemorating the then-British colonists' desire to break free of England and exercise control of their and their descendants' lives as residents of a free, independent nation.

And it was and is. But only in part.

At that first and subsequent U.S. birthday parties, we've usually ignored how so many, either brought here by force from Africa or descendants of that cruel practice, in the fledging United States remained decidedly and brutally enslaved.

We didn't discuss how colonists, predominantly white immigrants from Europe, took land from the Native Americans who for generations revered and lived on it.

And we ignored the often-ghastly treatment of other immigrant groups that came to our new and expanding country pre- and post-1776.

Still seeking founders' goals: Now I don't want to be the person who ruins the party, especially not America's 244th birthday bash. The still spreading coronavirus pandemic and the brutal police actions of this year have already dampened today quite enough.

But in order to fully comprehend the burgeoning, finally, civil rights movement of 2020 and what that means to the American dream for every single U.S. citizen, we must face our past and its ghosts. That includes some hard and ugly truths that we've literally white-washed for, well, more than 244 years.

Maybe in 365 more days, we'll be a better country. A more inclusive country. A more free and independent country. A place that once again can embrace and live up to the dreams enumerated in the document that officially launched our land:

We the People of the United States, in Order to form a more perfect Union, establish Justice, insure domestic Tranquility, provide for the common defense, promote the general Welfare, and secure the Blessings of Liberty to ourselves and our Posterity, do ordain and establish this Constitution for the United States of America.

Fanning Frederick Douglass' form of fireworks: The resurgence of COVID-19 means that in most places, there won't be any pyrotechnic displays. 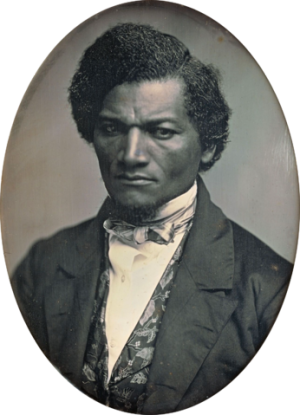 Daguerreotype of Frederick Douglass
circa 1847–52, when he was in his early 30s.
(Wikipedia Commons)

But we still can appreciate the fiery rhetoric of an American who, though accomplished, did not get to enjoy the full meaning of freedom and independence, and who nonetheless helped push those ideals and dreams forward in our country.

Frederick Douglass, after escaping from slavery in Maryland, became a national leader of the abolitionist movement in Massachusetts and New York. The American social reformer, orator, writer and statesman delivered in 1852 what is acknowledged by many as the greatest anti-slavery speech ever.

Rodney E. Slater, vice chair of the National Archives Foundation Board of Directors, partner at the law firm Squire Patton Boggs and a former secretary of transportation recalls Douglass' words in an opinion piece for USA Today:

On July 5, 1852, almost 10 years prior to the Emancipation Proclamation, Frederick Douglass delivered perhaps his most fiery and eloquent denunciation of patriotic hypocrisy. In a speech given one day after the celebration of July Fourth — Independence Day — Douglass posed the heart-wrenching question, "What to the Slave is the Fourth of July?" Douglass went on to declare, "This Fourth (of) July is yours, not mine. You may rejoice, I must mourn."

Better birthdays ahead: As you and yours celebrate July 4th, safely from both fireworks (if your area is allowing them) and health crisis perspectives, please consider the full meaning of freedom and independence for each and every one of us here in the United States of America.

Here's hoping that we all can work together in this coming and every ensuing year to turn our shared country into the original, but unfulfilled goal of a more perfect Union where there truly is Justice, domestic Tranquility, common defense, general Welfare, and Blessings of Liberty for all, forever.