Do you remember your first phone number? I'm talking about the one when you were a kid. The one you parents made you memorize in case you needed to call home for any reason.

For younger folks, that's not a problem. But when you reach a certain age, not that I'm confessing to any chronologically specific range, those early memories tend to fade. Despite that natural process, some of us still remember our childhood phone numbers.

You'll have to trust me on my numerical recall. I'm leery enough of hackers, con artists and other assorted crooks to not disclose even that decades-old data.

But I will reveal that my first phone number started with JU6. Yes, I will admit that I am old enough that my small West Texas hometown back then used the two-letter JUniper abbreviation instead of corresponding numerals in everyone's phone numbers.

In fact, my town was so tiny that for a while during my childhood, we just dialed the last four digits to talk to someone locally. As I headed to middle school (or junior high as we called it), we had to use the 6+1234 to call across town. Finally, by the time I went off to college, Ma Bell (no relation) had trained us to say 586 instead of JU6 in giving out our numbers.

Real IRS site and fake 555s: I got to reminiscing about my childhood phone number when, in writing my recent post about ways to pay your tax bill, I noticed an interesting phone exchange on an Internal Revenue Service page.

The Electronic Federal Tax Payment System (EFTPS), which I've used for years by logging onto its web page, also is available by phone if you don’t have a computer or online service provider handy. In this case, you can use your EFTPS account to make a tax payment by calling the payment option at 1 (800) 555-3453.

Yep, 555. The prefix used for all those fake phone numbers in television shows and movies. I've highlighted the official tax agency 555 number in the screenshot below. 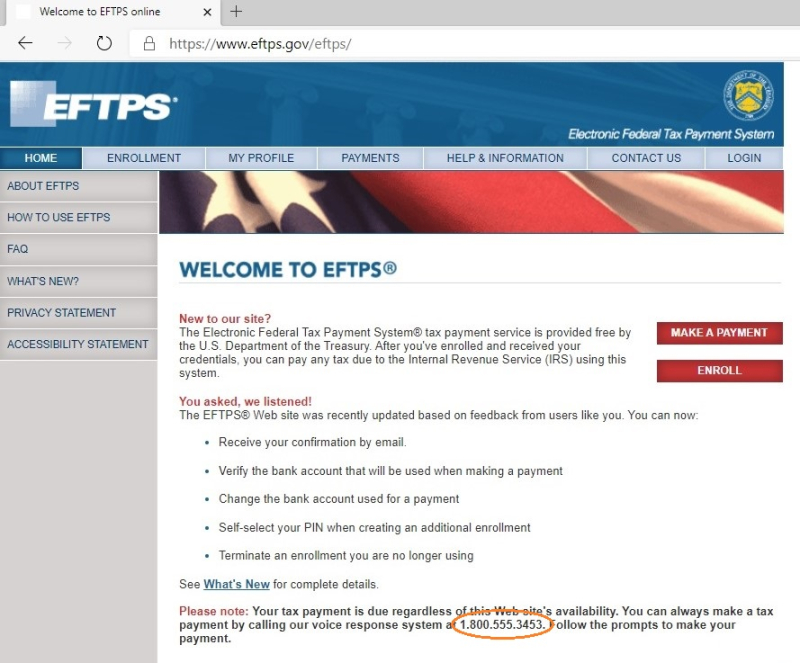 My first thought was how did I not notice this earlier? My second thought was that someone hacked the IRS' EFTPS page.

But I called and it's a working IRS number. The reason is that while most calls to 555 numbers tend to not connect and/or are part of the fake 555 numbers used for entertainment purposes, some really are real.

For example, in addition to the EFTPS' working 555 phone number, 555-1212 is still used for directory assistance.

And that's why 555 is this week's By the Numbers featured tax figure.

Fun fake phone numbers: I'm a big fan of old movies and classic music. So I was familiar with telephony entertainment options like "Butterfield 8" starring a young Elizabeth Taylor and the Glenn Miller Orchestra's hit Pennsylvania 6-5000.

And, of course, there's probably the most famous fake telephone number in all of modern popular entertainment: 555-2368. 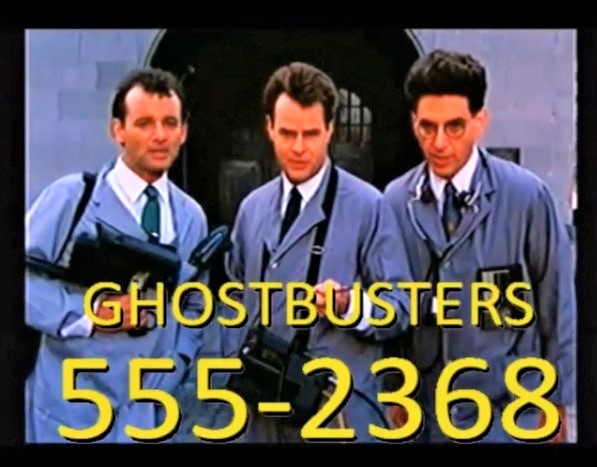 I regret to report that "your call cannot be completed at this time" if you dial the original Ghostbusters' number featured in that movie's fake ad.

It may have worked back in 1984 when Bill Murray, Dan Aykroyd, Harold Ramis and Ernie Hudson were evicting evil spirits. Or it may have just been a fun scene in the movie. Back then, cell phones weren't ubiquitous, so folks probably weren't really thinking of calling the Casper clearing crew.

Nowadays, though, savvy TV and film makers tend to create ways for fans to dial in to numbers shown in those productions.

100 fake 555s: And they have 100 numbers from which to choose. The phone numbers from 555-0100 through 555-0199 are reserved for Hollywood use, according to the North American Numbering Plan Administrator (NANPA), the office tasked with assigning phone numbers for use in the United States and its territories.

Some of these fake 555 numbers remain favorites (thank you streaming) of various shows' and movies' fans.

Hungry "Saved by the Bell" viewers were told they could get Screech's Spaghetti Sauce by calling 555-MMMM. Jerry Seinfeld's sitcom neighbor Cosmo Kramer had a number, 555-FILK, that was annoying close to Moviefone's. And folks seeking direct contact with the Big Guy were told, at least in the reedited TV and DVD versions of "Bruce Almighty," to call 555-0123.

Then there's Saul Goodman, everyone's favorite sleazy TV lawyer on AMC. Saul's doesn't have a 555 exchange. Instead, it's a real Albuquerque number that was used in "Breaking Bad," the show where the criminal and criminal attorney first appeared.

When Saul's (505) 503-4455 phone number first showed up, nobody had any idea that the story of the New Mexico meth maker and his lawyer would expand so. But it did, for which, as a fan of both series, I am eternally grateful.

And yes, the "Better Call Saul" number still works, with a recording of actor Bob Odenkirk as Saul offering up his legal help.