A look at vaping excise taxes in 21 states & DC 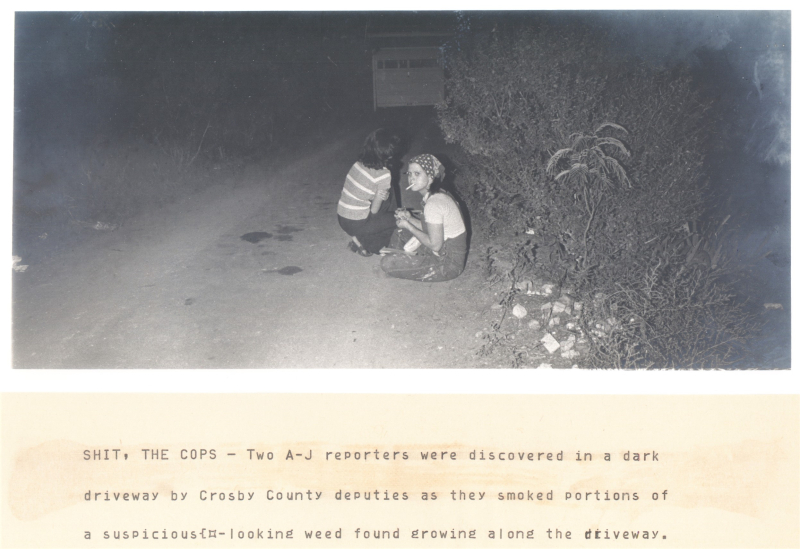 Yes, that a 20-something me in that photo, lighting up a cigarette. I was a smoker for way too many years when I was a young adult.

I finally quit cold turkey as a birthday gift to my husband during our first year of marriage. And despite nicotine's addictive properties and a 2½-pack-a-day habit, I never suffered any withdrawal symptoms.

I smoked back then not because my body or brain demanded it, but because I enjoyed it. That and, as I revealed in a social media conversation with some #TaxTwitter pals that started as a discussion about coffee, it was part of what (I thought) a hard-nosed reporter covering the police beat did back then.

Not letting vape taxes go up in smoke: Now we, or most of us, know better. Fewer folks smoke cigarettes. Smoking even gets a content warning in the trigger alerts aired before TV shows and movies.

Still, the lure of nicotine is strong. These days, though, it's delivered via vaping.

And that, of course, means that just like old-school actual tobacco products, vaping is a tax target.

"Vapor products have been growing in popularity since they entered the market in 2007, and taxation on such items has been following suit. Many states may also be looking toward vapor and other excise taxes to fill budget holes caused by the coronavirus crisis," writes Janelle Cammenga, a policy analyst for the Tax Foundation.

These alternative nicotine delivery products avoid the tobacco excise taxes that are on the federal and most state tax books. So states, always scrapping for dollars, have expanded their definitions of "tobacco products" to include vapor products.

Twenty-one states and the District of Columbia levy vaping taxes, according to the Washington, D.C. tax think tank. Several localities also tack on their own vapor taxes. There's not a federal vaping tax. For now.

If you've opted to shift from tobacco to vaping, the Tax Foundation map below shows what kind of vapor tax, as of June 1, applies to your purchases. These are excise taxes, which typically are built into the price you pay, not added on to what you pay at time of purchase like state and local sales taxes. 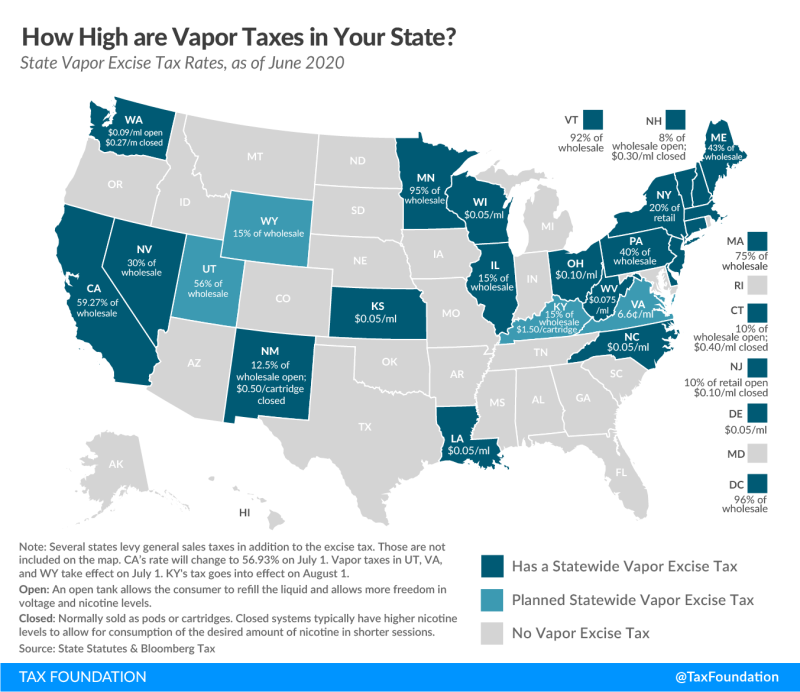 Will these excise-cum-sin-taxes help stem the use of nicotine delivered as vapor? It's not yet clear.

But what we can see even through the vaping emissions is, according to Cammenga's analysis, that while these new taxes "may represent untapped revenue sources for many states, taxing those activities is unlikely to raise much revenue in the short term."

Some vapor are harmful to us. It is a great post .