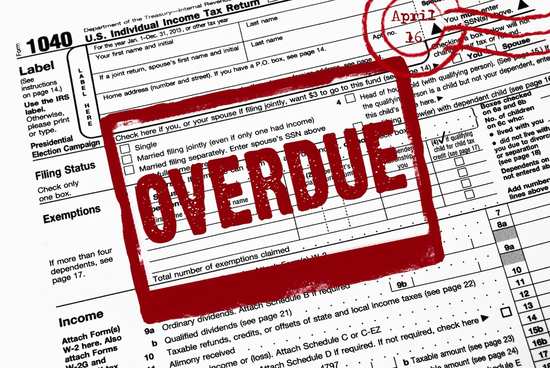 Tax professionals have always played an important role in the lives of taxpayers. Their value has been underscored during coronavirus tax time, with the many new COVID-19 tax laws. (Yes, I'm looking at you Paycheck Protection Program.)

But, as with just about every aspect of life, tax preparers aren't perfect. Specifically, some let their own tax tasks slide, according to a recently released Treasury Inspector General for Tax Administration (TIGTA) review.

In reviewing Internal Revenue Service data, TIGTA uncovered 10,495 preparers who prepared more than 2 million 2016 tax year returns for clients, but who but did not file their own personal tax returns from that year.

TIGTA estimates that the nonfiling tax pros cost the U.S. Treasury $45.6 million in potential taxes. And that dollar estimate is only for 6,903 of the preparer nonfiler cases.

Tax pros roles, responsibilities: "Paid tax return preparers (preparers) serve an important role in the U.S. tax system as they prepare approximately 60 percent of all tax returns filed, and their actions have an enormous impact on the IRS's ability to administer the tax laws effectively," according to TIGTA's overview of the report.

"When preparers cannot manage their own tax affairs, or worse, if they intentionally claim credits and deductions to which they are not entitled, they could undermine the tax administration system," added the TIGTA statement.

IRS response: IRS management told TIGTA it has included 449 of the nonfiler preparers in its examination plan for this fiscal year. That's right. Just 449 of the more than 10,000 delinquent tax preparers.

But, added the tax agency, it has been making progress.

Since 2018 — that date was noted since the data analyzed by TIGTA was complete through November 2018 — the IRS says it has annually increased its resources that focus on nonfiling in general and is creating a plan to deal specifically with noncompliant tax professionals.

Eric Hylton, commissioner of the IRS' Small Business/Self-Employed division, noted in a written response to the report, that since 2018 — that date was noted since the data analyzed by TIGTA was complete through November 2018 — his IRS unit has expanded efforts to combat nonfiling in general.

"Our goal at the IRS is to address prepare noncompliance as quickly as possible and in the most efficient and effective manner," wrote Hylton.

When it comes to tax professionals' IRS responsibilities, Hylton added that, "we employ a multi-faceted and multifunctional approach to bring return preparers into compliance with their filing and paying responsibilities."

Hylton also noted that the tax agency is "in the final stages of developing a return preparer strategy...[that] will allow us to leverage our limited resources and coordinated a full range of educational, civil, and criminal enforcement actions across all IRS functions within the return preparer community."

Iffy collections assumptions: As for the potentially uncollected $45.6 million from tax preparers, the IRS says it is difficult to come up with a precise amount.

There's high degree of uncertainty of the dollar amount, said the IRS, because TIGTA's figure is based on estimates of the tax due on unfiled returns and on estimates of what could be collected from those balances.

Plus, said the tax agency, TIGTA's calculation assumes all cases would be audited and would fall within IRS thresholds to pursue the cases.

This back and forth on this important tax collection and oversight area is why the TIGTA report officially titled (take a breath, these are notoriously long) "Tax Return Preparers With Delinquent Tax Returns, Tax Liabilities, and Preparer Penalties Should Be More Effectively Prioritized" earns this week's Saturday Shout Out.