Home Table of Contents Tax Tips Credits Deductions Refunds State Taxes Politics/Laws Tax Terms Archives
Still waiting for your COVID payment? IRS has answers on what to do to get or track your money
TIGTA says IRS needs to get tougher on delinquent tax pros 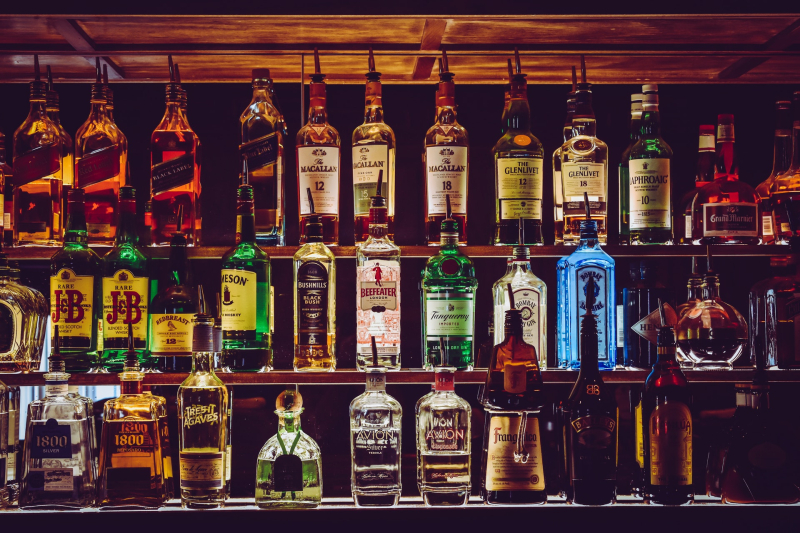 Photo by Chris F from Pexels

Are you taking dad out for a Father's Day brunch, in a properly-precautioned restaurant of course, complete with toasts to what a great pop he's been? Or maybe giving him a bottle of his favorite whiskey?

Here's a present for you, the potent potables purchaser. A new study says alcohol taxes are at historic lows.

No, it's not because alcohol excise taxes have been statutorily reduced. Fan of single malts can thank inflation. Or rather the lack of it.

The new study by Boston University School of Public Health (BUSPH) just published in the Journal of Studies on Alcohol and Drugs found that inflation has reduced American alcohol tax rates by 70 percent since 1933.

Alcohol taxes since Prohibition: The study was conducted by Jason Blanchette, a postdoctoral associate in health law, policy and management at BUSPH; Timothy Naimi, professor of community health sciences at BUSPH and a physician and alcohol epidemiologist at Boston Medical Center; and Dr. Craig Ross, research assistant professor of epidemiology at BUSPH.

The trio used tax data from the Alcohol Policy Information System, Pacific Institute for Research and Evaluation, Wine Institute, and HeinOnline to analyze alcohol taxes' relative dollar values from the end of Prohibition through 2018.

Since alcohol taxation began in 1933, the BUSPH study found that alcohol taxes increased more or less in step with inflation until 1970. That's when governments began raising most kinds of taxes by smaller amounts and less frequently.

And that's meant that starting in the 1970s and continuing into present day, alcohol taxes have fallen further and further behind inflation.

Overall, inflation from 1933 to 2018 has reduced the relative value of alcohol taxes by 66 percent for beer, 71 percent for wine and 70 percent for distilled spirits, according to the researchers.

With the alcohol industry seeing increased revenue during the COVID-19 pandemic — thank you, Zoom happy hours — is it time to revisit, and possibly increase, alcohol taxes?

Liquor stores have been designated as essential businesses in most states. Combine that with loosened restrictions on alcohol home delivery and takeout, and the alcohol industry — including beer, wine and liquor — is seeing gains, with sales up as much as 53 percent, according to Nielsen figures.

"I expect that pandemic bump will continue, because it's common for alcohol sales to increase during times of economic hardship and stress," says Blanchette. "Why shouldn't the alcohol industry share in the pandemic pain?"

Blanchette acknowledges that raising taxes is always politically difficult, but points out that "public revenue is badly needed for our economic recovery, and alcohol is one of those few non-essential products that legislators can safely tax during the pandemic."

Besides, he says, such a move wouldn't be a tax increase so much as an "inflation adjustment, to correct the growing tax breaks the industry has been receiving for 50 years."

Federal alcohol excise taxes: Our imbibing is subject to taxation at various levels via excise taxes.

Excise taxes are tacked onto specific goods, services and, in some cases, activities. They typically are a per-unit tax, such as per-gallon fuel taxes, or are based on a percentage of a price, such as the airline ticket tax.

While excise taxes are collected from producers or wholesalers, they are passed on to consumers by being accounted for in the final prices we consumers pay.

Uncle Sam collects his portion of our beer, wine and liquor purchase via federal alcohol taxes. The tax rates vary for the type of booze we choose. The Tax Policy Center explains:

Distilled spirits generally are taxed at $13.50 per proof gallon (a proof gallon is one liquid gallon that is 50 percent alcohol), but a lower rate ($13.34) applies through end of 2020 to quantities of less than 22.23 million proof gallons removed from the distillery or imported.

Tax rates on wines vary based on type and alcohol content, ranging from $1.07 per gallon for wines with 16 percent alcohol or less to $3.40 per gallon for sparkling wines, but lower rates also apply through end of 2020 to smaller quantities of wine removed or imported.

Beer is typically taxed at $18.00 per barrel (31 gallons), although a reduced rate of $3.50 per barrel applied to the first 60,000 barrels for breweries that produce less than two million barrels. Lower rates apply in both cases through end of 2020. Note that the alcohol content of beer and wine is taxed at a much lower rate than the alcohol content of distilled spirits.

Liquor tax rates across the U.S.: While most states collect sales tax on booze sales, they also tend to tack on excise taxes to beer, wine and distilled spirits.

The Tax Foundation notes that the tax treatment of spirits varies widely across the states. Tax rates also may differ within states according to alcohol content, place of production or place purchased, such as on- or off-premise or onboard airlines.

But in general, notes Tax Foundation policy analyst Janelle Cammenga, stiff drinks — and all distilled spirits — face the stiffest tax rates. Ostensibly, says Cammenga, this is because spirits have higher alcohol content than the other alcoholic beverage categories.

The tax policy organization's map below gives you an idea of how much of a cut your our state treasuries get from your choice of a dirty martini or, particularly popular here in Texas, a margarita. 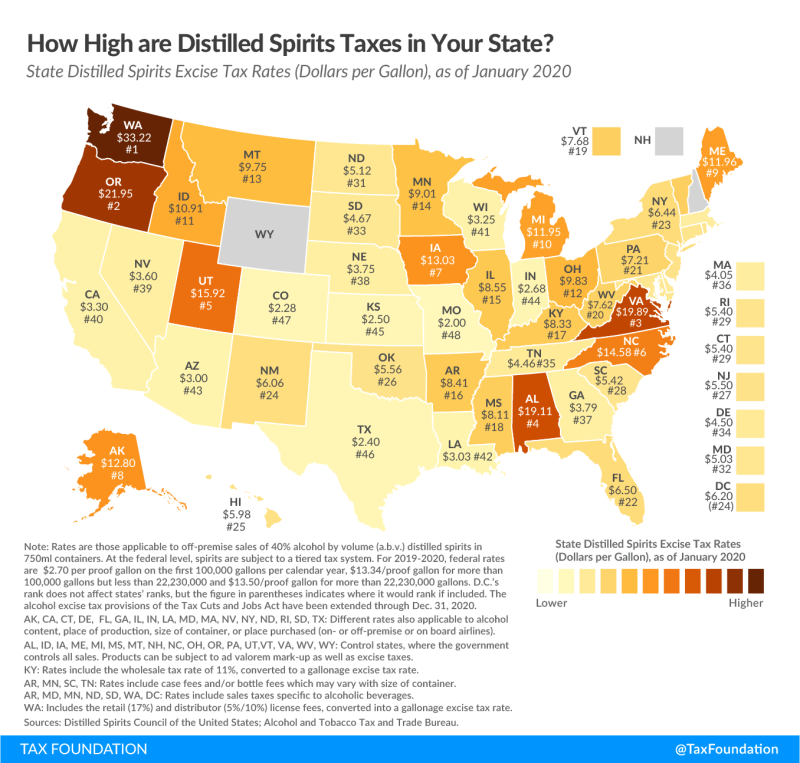 Whether you're toasting your dad this weekend in online gatherings with family and friends or heading to your favorite bar that's reopened under coronavirus safety guidelines, enjoy!  The various tax collectors are raising a glass to your financial support, too.