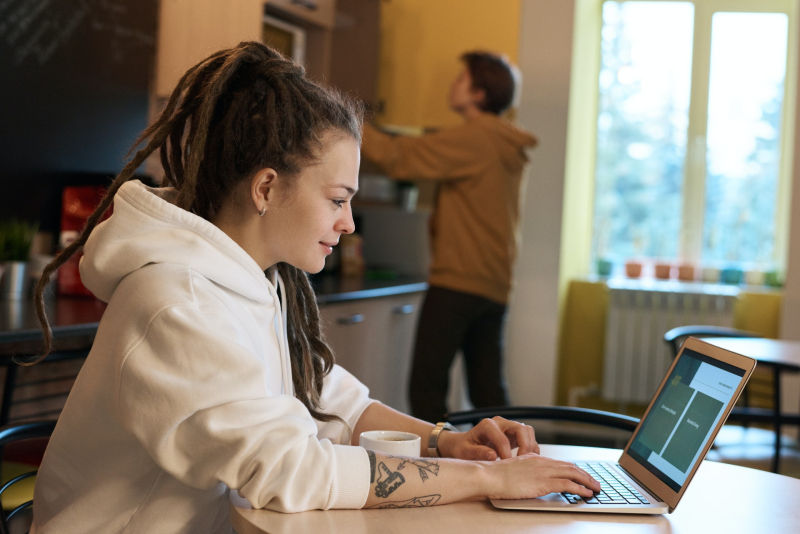 Photo by fauxels from Pexels

Working from home is a major lifestyle change wrought by COVID-19 and efforts to stem its spread. That's produced good, bad, ugly and tax results.

The good is no commuting. The bad is family members who think since you're home, you still can do everything else, too. The ugly is the attire most of us wear as we work from home, except for the times we put on a clean shirt for Zoom meetings.

Then there's the matter of taxes.

Workers' locations, new tax nexus? Since shutdown orders went into place in mid-March, businesses have struggled with uncertainty about the tax consequences of their employees telecommuting during the pandemic.

Employers have dealt with and many still are facing challenges created by their staffs' atypical work locations during these times. There are issues of nexus in states where formerly cross-border commuting employees now work from home, creating potentially complicated withholding and employment tax obligations.

Some states have provided waivers and special guidance regarding telecommuting during the pandemic, notes Paul Jones in a recent article for Tax Notes.

But some is not all or enough.

And the issue could last beyond the coronavirus pandemic.

More employers and employees have become comfortable with the not-in-office arrangements, with some employment analysts predicting a long-term increase in telecommuting. That includes telecommuting across tax jurisdictions.

Kansas City's city worker tax in trouble: While in some, probably many, instances, the telecommuting tax matters will mean problems for employers and employees alike, there's at least one place where workers could see a tax break.

Folks who work in Kansas City, Missouri, pay a 1 percent earnings tax on the money they make there. That includes residents and nonresidents who commute to work in the city.

Now, however, if they're doing their jobs in homes or other locations outside Kansas City's limits, they could claim a refund on the tax they've paid.

"For people who are working at home now that could be significant," Nathan Rigney, lead tax research analyst at H&R Block's Tax Institute, told the Kansas City Star. "There will be a little added complexity, but an awful lot of people are going to get some money back this year."

Just how much of a refund will depend on how long a worker did his or her job from home. For example, notes Kansas City Star reporter Kevin Hardy in his article, an $80,000 per year earner who works at home for half of 2020 could receive a $400 refund at the end of the year.

Another form to file: It also will, no surprise, require some paperwork.

To get back any of the city tax that's being withheld from KC-paid wages, a worker must file at the end of the tax year Form RD-109NR, Wage Earner Return Earnings Tax Nonresident Schedule, with the Kansas City Revenue Division.

This tax refund potential earns Form RD-109NR this weekend's By the Numbers honor.

Increase refunds applications expected: Some workers already so this. Take, for another example given by Hardy, a plumber who does work in Kansas City some days, but also is employed in Gladstone and Olathe.

But overall, many tend to blow off the refund.  In 2018, fewer than 6,000 workers applied for refunds, according to Kansas City officials.

This year, though, could see a shift with so many folks working from home instead of within Kansas City itself.

Record keeping critical: That means it is time to get your work-from-home records in order.

That's not just me or KC-area tax pros suggesting you take this documentation seriously. RD-109NR's instructions specifically say that, "Documentation may be requested from you during the review process to verify your days worked outside the city."

Vacation, sick, holiday or other leave days don't count. And any portion of a day worked in the city counts as a full day in the city.

When the city asks, you must provide definitive details about the number of days worked outside of the city, including dates, location and business purpose.

Acceptable types of documentation include verifiable records such as an appointment calendar, work and/or travel orders, time and/or payment records, travel logs, certain types of receipts, proof of change of address such as utility bills, lease agreements and property tax receipts.

Note, too, that the city isn't fooling around here. The form's instructions also warn that "Failure to provide documentation when requested will result in your refund being denied."