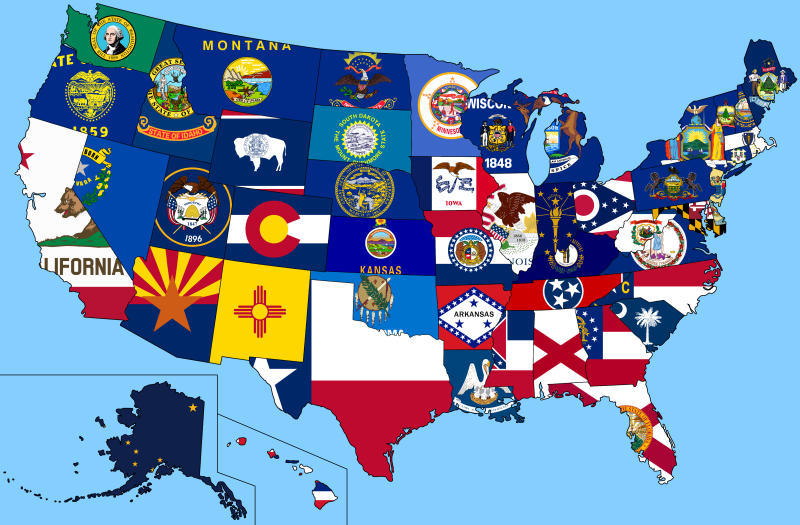 Forty-three states and the District of Columbia rely to some degree on income taxes from their residents.

The good news for most who live in these locations is that the COVID-19 economic impact payments (EIP), which the Internal Revenue Service notes won't be taxed by Uncle Sam, also are tax-free at state levels.

But things are a little different in a handful of states.

Taxpayers in Alabama, Iowa, Louisiana, Oregon, Missouri and Montana are allowed at least a partial deduction for federal taxes they pay. And that could affect the tax treatment of the coronavirus payments.

"What is favored on the federal side is penalized in the state, and vice versa," Cammenga writes in a recent blog post for that nonprofit think tank that leans toward limited taxation. 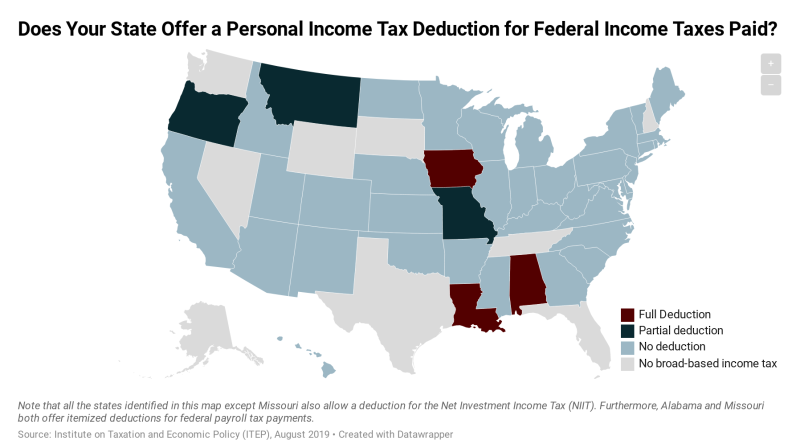 Read more about states that provide an income tax deduction for federal income taxes paid at the Institute on Taxation and Economic Policy's (ITEP) website.

That means in these states, the deductibility of federal taxes could increase state tax liability in some situations for those who received the federal advance tax credit.

Some of the federal tax deduction states, however, are opting to let their COVID-19 EIP residents off the state tax hook, too.

Specifically exempting stimulus payments: They are taking specific actions to ensure that the federal payments are not taxable at the state level.

Iowa is among those making the no-state-tax on stimulus status official.

It points to Iowa's Department of Revenue's updated online COVID-19 FAQ, which says:

"The COVID-19 economic impact payments authorized in section 2201 of the federal CARES Act, whether in the form of a rebate or a refundable tax credit, will not be included in Iowa taxable income or added back as part of an individual's reportable federal income tax refund for Iowa individual income tax purposes."

Missouri showing its residents tax relief: Missouri lawmakers have approved a bill to prevent taxation of stimulus checks and it's awaiting the governor's signature to become law.

The bill got bipartisan support even though it means the Show Me State will surrender an estimated $36 million from COVID-19 payment taxes.

Republican state Sen. Tony Luetkemeyer told NewsPressNow that the measure unanimously cleared that chamber because, "People are hurting right now. There's a lot of economic uncertainty and this is something the state can do to help people financially during this time."

But lawmakers say the Alabama Taxpayer Stimulus Freedom Act of 2020 is "well-positioned" to pass in a special session later this year.

Part of the reason for the rosy outlook on the Alabama bill is that it also would ensure that small business loans made under the new Paycheck Protection Act so that companies could keep making payroll during the pandemic would not be treated as taxable state income.

Halfway decided: While there is official good state tax news for taxpayers in Iowa and Missouri and, probably, Alabama in a few months, there's no official word yet (that I can find) from Louisiana, Oregon and Montana.

Even though every state is facing tough fiscal times, I wouldn't be surprised for these jurisdictions to also decide that the federal COVID-19 economic relief payments won't increase their taxpayers' state tax bills.

And, oh yeah, in case you've been wondering since this post began, the seven states that don't have any type of personal income tax are Alaska, Florida, Nevada, South Dakota, Texas, Washington and Wyoming.