Many found the first $1,200 (at most) of coronavirus relief payments to be too little and a tad too late. This latest round of relief, which calls for additional payments of up to $6,000 for some families, isn't likely to advance beyond the House in its current form, but at least it's a start toward more federal financial help. 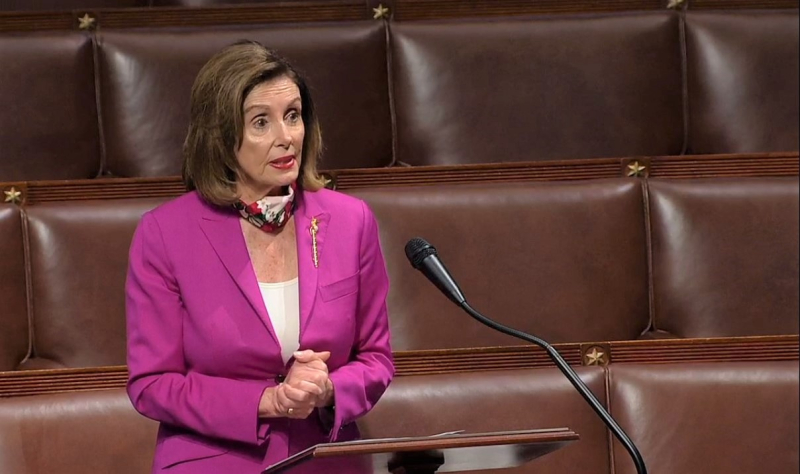 Today's good COVID-19 relief news is that the House is expected to vote on (and pass) a passed a new financial package.

Today's bad COVID-19 relief news is that the $3 trillion dollar proposal is going nowhere in the Senate.

A key component of the Democratic proposal, H.R. 6800, officially titled The Health and Economic Recovery Omnibus Emergency Solutions (HEROES) Act but also referred to as Phase 4 of COVID-19 relief, is a second round of stimulus checks, the first of which still have not been completely distributed.

For individuals, the HEROES Act would mean another maximum $1,200 check. Some families could get as much as $6,000.

Another jump start for stalled economy: The HEROES Act is the latest effort to pay U.S. workers who've lost their jobs due to pandemic precautions. And it comes even though the initial payments, created under the Coronavirus Aid, Relief and Economic Security (CARES) Act that became law on March 27, have not been fully distributed.

Many folks have complained that those payments are not nearly enough to help individuals struggling to pay their bills. Hence, Democrats who control the House of Representatives came up with the new stimulus checks, among many other (we're talking a 1,815-page bill) relief measures.

"We are presenting a plan to do what is necessary to address the corona crisis," House Speaker Nancy Pelosi (D-California) said May 13 in announcing the legislation. The bill is designed, she added, to put "much needed money in the pockets of Americans." That need was underscored by this week's unemployment numbers, which have hit levels not seen since the Great Depression.

Not so fast: Republicans who hold the reins in the Senate, however, want to whoa up a bit.

When talk began of more relief, GOP leadership and the White House said they wanted to take a break and let the already enacted measures — individual relief payments and small business loans — play out. It might be, they argue, enough to jump start an economy that beginning to reopen in phases across the country.

Still, since it is an election year, I suspect that some additional relief for companies and individuals will be enacted before November.

Senate Majority Leader Mitch McConnell (R-Kentucky) admitted as much on Thursday (May 14), saying during a Fox News interview that the next phase of COVID-19 relief legislation would come once the Senate and Trump Administration get on the same page.

So don't expect to see more money show up soon in your bank account — if, that is, you're able to log on to Get My Payment and give your financial institution details to the Internal Revenue Service — soon.

But do expect to see some added help in the coming months. How much it will look like the HEROES Act remains to be seen. Since that measure is the starting point, here are some highlights.'

Bigger relief checks: The HEROES Act's increase comes from some tweaks to the original relief payments, created back in March under the Coronavirus Aid, Relief and Economic Security (CARES) Act.

That earlier law calls for $1,200 per person or $2,400 for married couples filing jointly. Folks also get $500 for each qualifying younger (the age factor being key) dependent

More qualifying dependents: Now about those qualifying children. The HEROES Act also revises who qualifies for the added payments.

The CARES Act uses the Child Tax Credit definition to determine its $500 payments. The main sticking point here is that the child be younger than 17.

But the Dems' latest proposal would provide additional recovery rebate money of $1,200 for every qualifying dependent. That would include payments for older kids in college, as well as non-child dependents as long they meet the tax code requirements of being claimed by a taxpayer.

Under the CARES Act, you must have a Social Security number (SSN) to get the payment. If you file jointly, your spouse also must have a valid SSN. If he or she doesn't — this generally happens when one person has an individual taxpayer identification number, or ITIN — neither of you gets any COVID-19 money.

Under the HEROES Act, however, you'd get at least some relief. The proposals would allow a spouse with a Social Security number to get this second round of relief payment. Your ITIN filing spouse still would be ineligible, but at least you'd get $1,200.

Some offsets off the table: The original CARES Act relief payments were smaller for individuals who owed back child support. That's not the case in the next round.

If you're late in paying for the upkeep of your children, you'd still get your full COVID-19 economic relief payment under the HEROES Act. This second round of payments won't be reduced, or offset in tax parlance, by past-due child support.

Personal opinion interjection: Pay for your kids! I know times are tough, but c'mon people. Step up. Now back to taxes and COVID-19 relief.

Income eligibility remains the same: One thing that wouldn't change is the income qualifications and phase-out ranges.

The full $1,200 per person would continue to be available for individuals whose adjusted gross income (AGI) was up to:

The relief payments would start to phase out if your AGI is between:

When your AGI is more than the top phase-out amount, you wouldn't get any COVID-19 payment.

Larger Child Tax Credit: This tax credit would be increased from $2,000 to $3,600 for children under age 6, $3,000 for other qualifying children. The credit also would be fully, as opposed to the current partially, refundable. This would mean more would get a refund even if they didn't owe any tax. The age limit for an eligible child would go from 16 to 17.

Enhanced Earned Income Tax Credit (EITC): This too-often overlooked tax credit was created to help low- and middle-income workers. So that more can qualify for the EITC, the latest COVID-19 relief proposals tweaks the age range to allow younger and older people to apply. The credit amounts and phaseouts also increased. Taxpayers also would get the option to use their 2019 information to calculate their 2020 credit if that is more advantageous.

Myriad other individual tax matters: As you would expect in an 1,800+ page document, there's a ton of other stuff, including plenty of tax provisions. Some of those highlights include:

Civil servant signatures only: Finally, in a non-fiscal but totally political move (remember, it is a presidential election year), the HEROES Act would ban any president or elected official from signing or otherwise having his or her name affixed to relief checks.

This is how things usually have worked. It's career civil servants who sign the Treasury checks. But Donald J. Trump's name was added to the CARES Act payments that were delivered as paper checks.

There's no mention of banning any additional communications.

The White House sent out a letter (or is expected to send; we're still waiting for ours) to everyone who got following COVID-19 economic impact payment (EIP). A similar separate explanation was delivered in connection with tax rebates during George W. Bush's term, too.

Wishing big, hoping for something: Again, this is a very big wish list on the part of House Democrats. It's introduction immediately prompted this quippy analysis from POLITICO's Morning Tax Newsletter: "What costs $3 trillion, has plenty of new tax provisions and isn’t becoming law? The new House Democratic bill to combat Covid-19."

But some of the measures, particularly another round of some relief payments, is likely to eventually become law this year.

Be patient, it you can.

These people we voted for continue to argue and bicker like little school children and it is an embarrassment. (He did this she did that, they don't want to play with me so I'm not playing at all.) Only think about themself and how to get over on the other.... WAKE THE F$#* UP, IT'S NOT ABOUT YOU PELOSI NOT ABOUT YOU TRUMP IT'S ABOUT THE PEOPLE!!! GET YOUR SHI# TOGETHER. As for the Child support comment that was made in the article, STAY IN YOUR LANE! You don't know or understand the finanical or family situations people are in so stick to reporting the news and keep your judgemental comments to your self.

I am on disability owing child support, but payments are current, with the heros act will i receive a payment, the first payment was taken

Sorry to be the bearer of bad news, Prakash, but under the current relief payment law, if one spouse has an ITIN instead of a SSN, neither spouse gets any COVID-19 money. Your children also appear to be out of luck, too, but I'd check the IRS Get My Payment page to be sure. The latest added relief bill will allow the spouse with the SSN to get a payment, but it has to make it through the Senate and White House before that change takes effect. Yes, taxes and life too often are not fair. Kay

Hi,
My question
I have SSN and my wife is with ITIN. We are doing the tax filing jointly. I read like I will receive the stimulus check and my wife will not. Please advice.
I also have 2 kids less than 17 years of age both with ITIN.
Question is will my kids eligible for stimulus check.