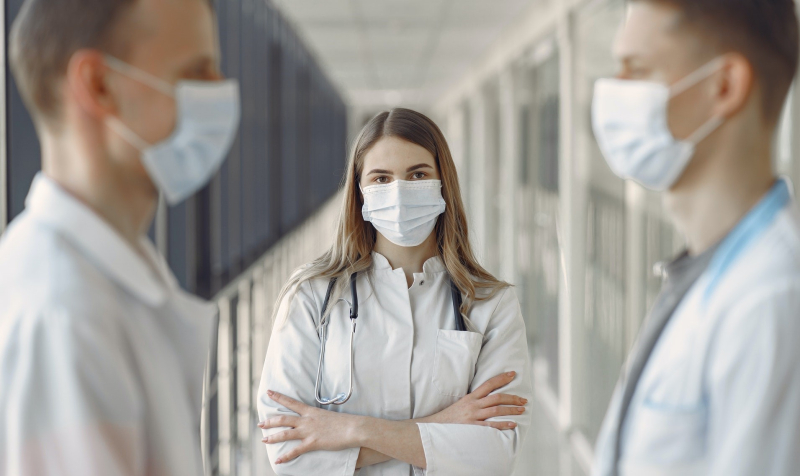 Photo by Gustavo Fring from Pexels

Interstate tax matters are difficult in the best of times. During a pandemic, they can be particularly confusing, infuriating and for the state hardest hit by COVID-19, a tax public relations nightmare.

Health care heroes from across the country who came to work in overwhelmed New York hospitals and other medical facilities have learned that in addition to the eternal gratitude of Empire State and Big Apple residents, they also are getting tax bills.

The issue was first reported by a New York City television station that spoke with medical staff at the temporary hospital set up in Central Park by the nonprofit Samaritan's Purse.

"Our financial comptroller called me and he said, 'Do you know that all of you are going to be liable for New York state income tax?'" Ken Isaacs, a vice president of the organization that's run by the televangelist Franklin Graham, told PIX11 News.

Companies that come into the state to do business, regardless of how good-intentioned, also much register with the state and withhold state taxes from workers' pay, Lawrence Spielman, a partner at the accounting firm Spielman, Koenigsberg & Parker, LLP, told the TV station.

New York law requires state income tax from individuals once they have worked within its borders for more than 14 days. New York City also has its own income tax, although it applies only to residents (thanks Matt Foreman).

State fiscal and medical troubles: That means the thousands of emergency workers who answered the calls for help by New York Gov. Andrew Cuomo and New York City Mayor Bill De Blasio will be hit with the unexpected tax bills.

Government officials realize that it's not a good look. But they also are facing difficult fiscal realities.

"We're not in a position to provide any subsidies right now because we have a $13 billion deficit,” Cuomo said of the visiting workers' New York tax concerns during his May 5 press briefing.

"So there's a lot of good things I'd like to do, and if we get federal funding, we can do, but it would be irresponsible for me to sit here looking at a $13 billion deficit and say I'm gonna spend more money, when I can't even pay the essential services," added Cuomo.

NY's long history of out-of-state collections: It's easy to bash Cuomo and New York right now. But the governor has a point.

And this isn't a new tax tactic. The Empire State has a long history of aggressively going after taxes that it believes it is owed.

Back in 1994, lifestyle maven Martha Stewart fought with New York tax collectors over taxes the state said owed based on her ownership of a home within the borders and how much time she spent in the state each year. She ended up paying more than $200,000 in New York taxes.

Ball players strike out in N.Y. tax fights: Years later, a Major League Baseball star fought a similar battle. Empire State tax officials wanted back taxes they said Derek Jeter should have paid from 2001 to 2003 when he was part of the New York Yankees.

The issue wasn't the jock tax, collected when athletes and other performers do their jobs within tax-collecting state and city borders. Rather the issue was whether Jeter was a Big Apple resident. New York contended he was. The Bronx Bomber argued he was a resident of income tax free Florida those years.

New York officials never said how much they believed Jeter owed, but based on his salary at the time, it was in the millions. Jeter and the New York Department of Taxation and Finance settled the case in 2008. No details were released — tax privacy issues, you know — but I suspect that some money moved from the ball player's bank account to the Empire State coffers. 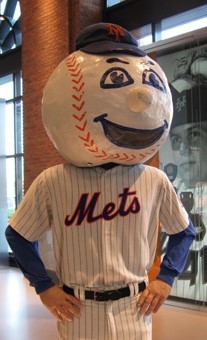 Mr. Met via Mets Hall of Fame and Museum via Creative Commons.

On top of the stolen property charges, the club worker also was convicted of two counts of tax fraud, including nonpayment of New York City and Empire State sales taxes, even though the employee spent most of his adult work life at the team's Florida spring training facility.

The man avoided jail time, but had to pay $50,000 in back New York taxes and restitution to the Big Apple's National League MLB team.

So while it's tough for the COVID-19 volunteers in New York, it's just the way the tax world is there.

Unless, as Cuomo says, he gets some federal help in covering the health care workers' unexpected out-of-state tax bills.

Patrick, I do think for many folks, taxes on income made while working in another state is unexpected.

Most people are not that up-to-date on their own state's tax situations, or the federal laws either, much less in cases where they get income from another state. Witness the crazy that's still going on with Wayfair situation and cross border transactions.

Also, where someone goes to help out and then discovers that that their help, in one of the states with high individual tax rates, is going to cost them is very unpleasant surprise.

I wish more folks were tax cognizant like you. But if there were, then I'd be out of a job and a blog! Thanks for reading and for your take on this issue. Kay

Those taxes really aren't 'unexpected' are they? If you work and make money, you pay taxes on that money where it was made. Hopefully, your state has a reciprocal credit on your income taxes at home.

This happened to me when I, a MN resident, took an internship in Idaho. I had to pay Idaho income tax first, and then since that rate was lower, had additional tax on that money in MN. Did I like it? No, of course not. Was it unexpected? No, not really.