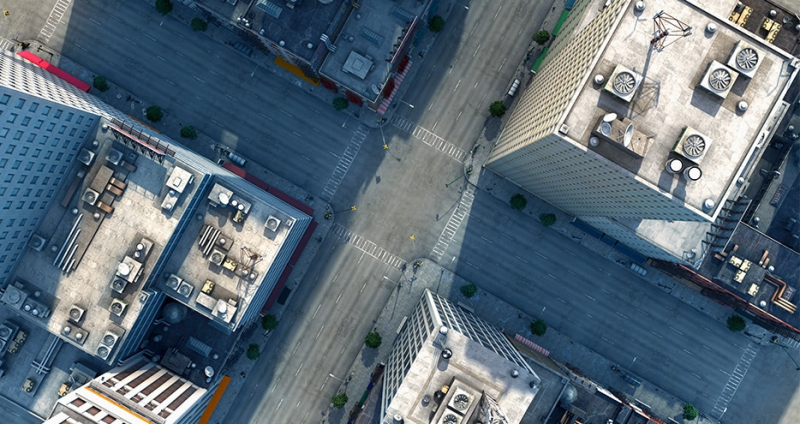 Hello, Saturday! We made it through not just another week, but not-Tax-Day week, where we saw the arrival of a weird April 15 when neither our federal nor state tax returns were due.

Now onward to July 15. Except for some states.

A couple, Hawaii and Iowa, have usual personal income tax deadlines later than mid-April, so their extension deadline is later than July 15. A few — Idaho, Mississippi, New Hampshire and Virginia — want their personal state filings before mid-summer.

And then there's the myriad deadline changes for the many other types of state (and local) levies. Why so varied? Well, beyond "because 50 states," there's the answer that's the answer to just about everything: Money.

State treasuries have joined their suddenly out-of-work residents' bank accounts in taking big financial hits from coronavirus. Some state lawmakers have decided they just can't wait as long as others for much-needed tax cash. Others are bound by state budget laws.

So this weekend's Saturday Shout Out goes to some articles and analyses that examine how and how well states are dealing with the pandemic and its costs.

Activities range from new tax deadlines to budget cuts and spending freezes to sales tax nexus law changes to excise and sales tax extensions to, well, just about everything. Yep, 50 states plus Washington, D.C. mean lots of tax matters to get majorly messed up by COVID-19 and efforts to deal with and stem its transmission.

Revenue analysis: Next there's the new report from MultiState Associates on which states will have immediate budget issues as a result of COVID-19. Kentucky and Pennsylvania residents, you might want to sit down. Your states are the most likely to face immediate problems.

The Bluegrass and Keystone States' coronavirus troubles are exacerbated the status of their rainy day funds, their unemployment rates and the fact that neither has finalized a budget for fiscal 2020-21, according to the state and local government relations company.

MultiState Associates has somewhat better news for Arkansas, Hawaii, Illinois, Louisiana, New Jersey and New York. Those states, it says, are in better shape, but still are at great risk of short-term problems. 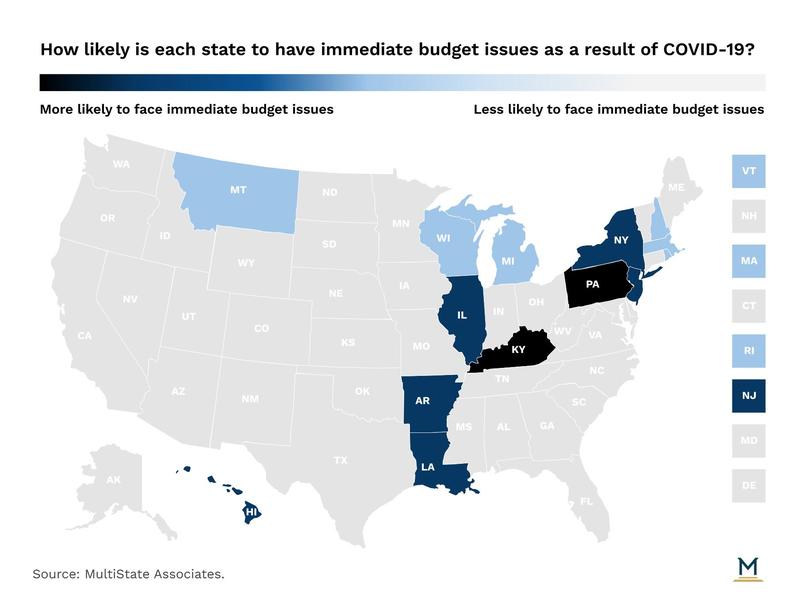 Meanwhile, the analysis found that Alaska, North Dakota and Wyoming are the least at risk for now, primarily because of how reliant they are on severance taxes from drilling oil and natural gas, even as their long-term problems remain.

Plus, if I may throw in my 2 cents, those states have smaller populations that tend to demand less from their governments.

No taxes, more spending: Speaking of reliance on government programs, The New York Times notes that states are in a quandary as taxes evaporate and virus spending soars.

"States provide most of America's public health, education and policing services, and a lot of its highways, mass transit systems and waterworks. Now, sales taxes — the biggest source of revenue for most states — have fallen off a cliff as business activity grinds to a halt and consumers stay home.

No two states are being affected the same way, but all are suffering from the COVID-19 hits to their predominant revenue raisers.

The lost money sources range from taxes on oil and gas to tourism activities (including canceled sporting and entertainment events) to basic sales tax on products that are not being bought while folks hunker down at home for the duration, however long that might be. Note that most places exempt food purchases, so essential grocery store visits aren't helping replenish the tax coffers.

Bad financial, but some other good news: Sorry to bring you such a depressing collection of Saturday Shout Out pieces, but that's where we are right now as far as finances.

And the news is getting marginally better.

The rate of coronavirus cases has slowed in some areas. Advances are being made on the medical treatment front. The House and Senates are exploring additional ways Uncle Sam can help states with their shortfalls.

And despite some scattered politically-motivated, put-us-on-TV protests, most of us are hanging in there with our self-isolation and working from home, confident that we're doing our part to help beat this.