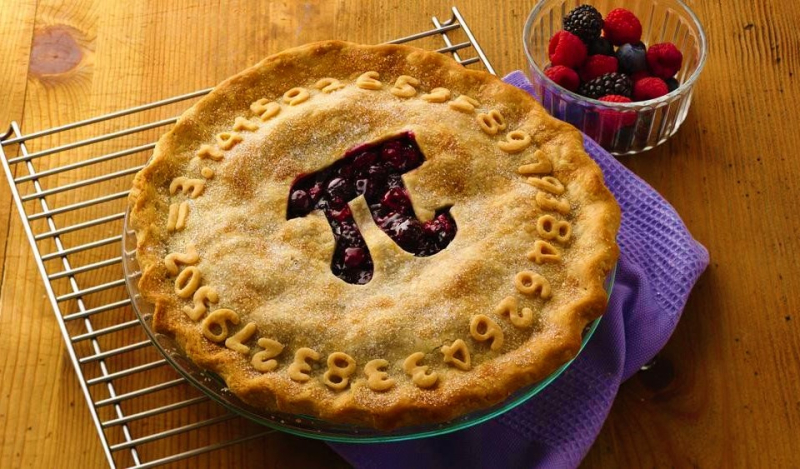 Happy Pi Day 2014. March 14 is the annual celebration of pi, usually indicated by the Greek letter π, since the 3/14 calendar format is a close representation of pi's first three digits.

What exactly is pi? Naturally, I went to the internet to find out, so math experts please cut me a slice of slack here.

The consensus is that pi is a number that originally was defined as the ratio of a circle's circumference to its diameter.

It's a mathematical constant, meaning it isn't changed by the size of the numbers it is used to equate. It's also an irrational number that, despite the 3/14 designated celebration day, cannot be expressed as common fraction.

And even though it usually is shown as 3.14159, its decimal representation never ends and never settles into a permanently repeating pattern.

A larger than ever piece of pi: Computing technology has allowed us to calculate ever more digits of pi. The current record was set last year by Emma Haruka Iwao, a Google employee.

Iwao's accomplishment notwithstanding, which also was the first time cloud technology had been used for such a massive pi calculation, another web article says there are many methods to calculate pi, but the simplest to understand starts with the inverse tangent function.

Whoa up there, math cowboy. If inverse tangent function is the beginning of the simplest pi explanation, I'm going back to taxes!

So here we are, just more than a month away (for now; and still now) from Tax Day at the meeting of pi and taxes. Which is why 3.14 is this weekend's By the Numbers figure.

Tracking and tallying tax numbers: Doing taxes is all about the numbers. The forms require our Social Security number and that of our spouse and dependent children.

Similar identification digits also are key on tax forms from, for example, our employers' tax identification numbers on our W-2 forms and the identifying numerals other entities, like investment accounts, that contribute to our taxable income.

And, of course, we have to take all those figures about our earnings and subtract from them the numbers representing expenses and deductions and credits on a variety of numerical forms to get to the most important amount of all, our final tax bill.

So this annual anniversary in celebration of pi is a good time to consider how to deal with all those tax numbers, especially when it comes to approximating them on your tax forms. 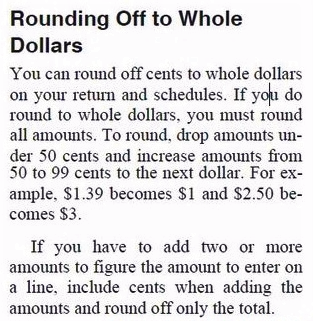 And, as the Form 1040 instructions excerpt to the left notes, the IRS says that's OK.

Suspiciously round tax entries: But — you knew there was a but coming; we are talking taxes — don't be so cavalier with your entries when it comes to business expenses.

When it comes to tax deductions and expenses, if every entry ends in .00 it tends to make the IRS think that you're, uh, making up amounts.

The same is true for all tax-related travel, most of which is noted as itemized deduction claims on Schedule A. This includes the charity-related miles you put on your car as a volunteer deliverer of meals to shut-ins or the trips to the doctor that help push your medical claims over the 7.5 percent threshold (yes, tax extenders renewed at the end of 2019 kept this lower percentage in place through 2020).

And that could encourage the IRS to audit all your entries.

Round, but verify: So round your entries where appropriate. But be sure to, as your math teacher used to say, show your detailed tax work if the IRS ever asks.

Now I'm off to run the numbers on how many extra miles I'll need to walk this coming week to offset the pieces of pie I plan to enjoy in celebration of Pi Day!