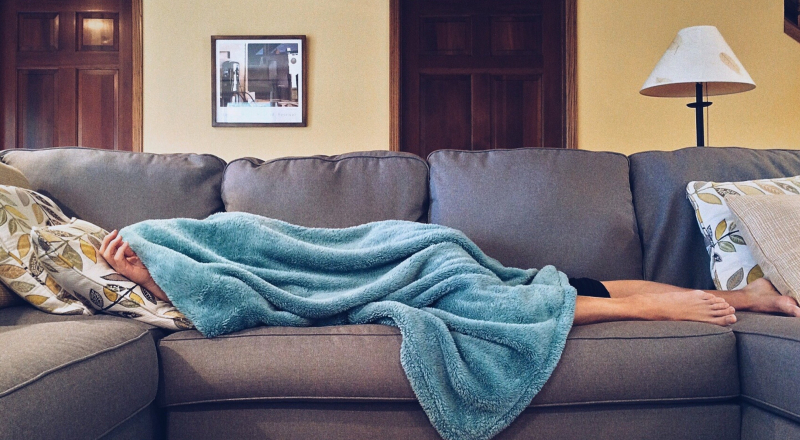 How are you feeling? That's the question everyone is asking themselves, family and friends as we adapt to the changes forced upon us by the coronavirus pandemic.

Social distancing — limiting your interactions with others, either at work or in recreational (remember those?) settings — is the new norm. For the introverted hubby and me, it's simply our norm. We both work from home and don't go out much.

We used to joke that our self-imposed isolation works against us when we do venture into the wider world. We don't have an immunity to basic ailments. The hubby gets a cold every time he flies. And last year, after a visit to a popular museum exhibit, I ended up with walking pneumonia.

That still fresh memory, along with my own lifetime of asthma, has me on high alert now that we're in the midst of the COVID-19 breathing infection.

Even if you don't have a similar history of pulmonary ailments, you need to be careful.

And if you do have lung issues and they're exacerbated by smoking, the one silver lining of the extraordinary circumstances we find ourselves in now is that the global respiratory virus is a sign that it's time to toss those cigarettes.

Even better, the tax code might help you cover those costs. Certain smoking cessation programs are tax deductible.

Itemizing a no-smoking issue: The smoking-related tax break has been around for more than two decades. But claiming it can be as difficult as kicking the nicotine habit itself.

The key word here is not deductible, but itemized. To get any tax benefit from your smoking cessation costs, you must file a Schedule A.

And in late 2017, itemizing took another hit with the enactment of the Tax Cuts and Jobs Act (TCJA). That tax reform bill dramatically increased the standard deduction amounts for tax years 2018 through 2025.

Those who do still itemize now tend to have a lot of other costs detailed on Schedule A, with medical costs often a major component.

Stop smoking, start deducting: On June 10, 1999, the IRS announced, after analyzing years of data provided by the Surgeon General, that, "Nicotine, a substance common to all forms of tobacco, is a powerfully addictive drug."

The IRS determination in effect put efforts to combat nicotine addiction in the same tax-deductible category as alcoholism and drug addiction treatments. As such, the IRS revoked a 20-year rule that had prevented smoking-cessation deductions.

All these substance addiction programs fall under Internal Revenue Code (IRC) section 213, which allows for claims of "amounts paid…for the diagnosis, cure, mitigation, treatment, or prevention of disease…."

Doctor Rx required: Those who supported the IRS' revision of the tax treatment of non-smoking programs was that more health care providers would include anti-smoking programs in treating patients.

The involvement of doctors is one of the key components of the no-smoking tax break.

IRC section 213 notes that medical deductions are limited "strictly to expenses incurred primarily for the prevention or alleviation of a physical or mental defect or illness." Further, expenses that are "merely beneficial to [one's] general health" are not allowed.

And it said just as clearly in that ruling that costs for nicotine gum and patches are not deductible because they do not require a physician's prescription.

Since they are part of the medical and dental expenses section of Schedule A, only those allowable costs that exceed 7.5 percent of a taxpayer's adjusted gross income (AGI) count.

That 7.5 percent AGI threshold was in effect in 21 years ago when the IRS added no-smoking costs to the allowable Schedule A claims. It's still 7.5 percent under TCJA changes.

That cushion should allow more filers to claim itemized medical expenses. Here's an example of how.

Note, too, that in both cases, the deductible amount is not your total medical expenses, but just the amount that's more than the percentage of your AGI. So if you had $6,000 in allowable medical deductions, with the 10 percent AGI threshold you could claim only $1,000 of those costs. However, with the 7.5 percent limit still in place, you can claim $2,250 on your Schedule A.

Add up costs and compare: If you're close to the AGI medical percentage threshold, check out all the allowable medical deductions that could help you get you over it.

These myriad medical costs might be enough to justify claiming itemized deductions instead of your standard deduction amount.

And if you're smoker, consider the coronavirus as a sign from a couple of usually unrelated cosmic sources.

The medical universe is telling you that you need to talk with your doctor about treatments that can finally help you stop smoking.

And the tax cosmos is underscoring that medical diagnosis and treatment with a potential tax break.