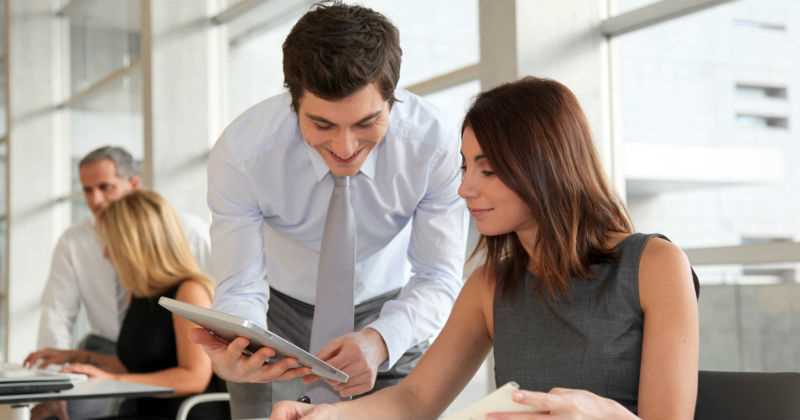 A first job is a major life event with obvious major tax implications. Other momentous changes throughout our lives involve taxes, too.

As COVID-19 continues to spread across the United States, the White House has decided to follow state and local officials in urging continued social (aka physical) distancing.

For millions of us, this new April 30 stay home recommendation means more time cooped up with loved ones. Or not-so-loved ones.

My favorite non-medical virus-related debate right now is whether all the coronavirus forced togetherness ultimately will end with a baby boom (coronials, anyone?) or a marriage bust.

While the hubby and I definitely won't be adding to the U.S. population, neither will we be splitting up. We've both worked from home for the last 15 years, so we sort of have this always underfoot situation under control.

Others, however, might find all this unexpected 24/7 time could produce a major life change. And most of the time, such changes also have tax implications.

Here are six ways that your personal and lifestyle changes — including marital status changes and family additions — affect, for good or bad, your taxes.

1. Landing your first job
The best thing about getting your first full-time paying job is the money. The worst thing is that you have to share some of that income with Uncle Sam. There are income, both federal and, for folks in most of the United States, state and sometimes local taxes that come out of our paychecks before we even get them.

They are set at a total of 15.3 percent of your pay, with 12.4 percent going to the government retirement benefits program and 2.9 percent to medical coverage for when you're older. Your boss pays half of each Social Security and Medicare payroll tax amounts. You pay the other half.

You do, however, have some control over how much income tax comes out of your pay by adjusting your withholding.

If you have too much withheld, you'll get a refund when you file. That's not necessarily bad, but you could have that money — your own money — year-round as a bit more in each paycheck.

On the other hand, if you don't have enough withheld, you could face an unexpected tax bill at filing time. That also means possible underwithholding penalties.

You can make sure you have the proper amount withheld — tax gurus (and the Internal Revenue Service) say that should be an amount that's as close as possible to your eventual tax liability — by filling out a new W-4 form and giving it to your payroll administrator. The IRS' online Tax Withholding Estimator can help you run the numbers to determine what goes on your W-4.

2. Getting married
You didn't invite Uncle Sam to your wedding, but he became a big part of your new wedded life as soon as you and your spouse exchanged vows.

The year you say "I do", even if you utter that phrase on Dec. 31, means the IRS considers you married for the full tax year. If there are tax or financial reasons to not be married in one year over another (like the hubby and me way back when we waited for a new tax break to kick in), then take that into account when planning your big event.

The first time that you file taxes as a married couple you'll have to choose a new filing status, either married filing separately or married filing jointly. Joint filing is the most common choice of wedded duos because it generally produces the best tax results.

Yes, the marriage tax penalty is still around, but it's not as severe thanks largely to the broadening of the tax bracket for that filing status. Plus, some tax breaks aren't allowed to a husband and wife who file separate returns.

Even before filling out that first shared Form 1040, if both spouses work each should reassess withholding amounts. The IRS says it's generally better for the higher-earning spouse to claim all the couple's allowances on his or her W-4, with the lower wage earner claiming zero.

Also be sure to take a look at your tax-favored workplace benefits and coordinate to maximize between spouses. For those that require family circumstances in order to adjust them, marriage definitely qualifies.

3. Having children
Congratulations on your new baby. Your favorite Uncle Sam wants to help cover some of your growing family's costs via a variety of child-related tax breaks.

Your new dependent youngster allows you to claim the Child Tax Credit, which was expanded by the Tax Cuts and Jobs Act (TCJA). It gives you a tax credit, which is a dollar-for-dollar reduction of any tax you owe, of up to $2,000 per qualifying child. A portion of it also could in some situations be refundable, meaning exactly what that descriptor says: if you don't owe any tax, the credit comes back to you as a refund. 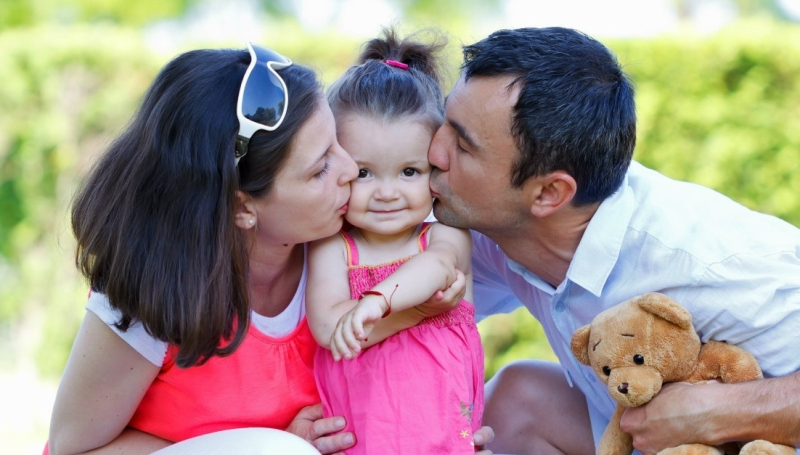 If your family grew via an adoption, there's a tax credit (and possible a tax-free workplace benefit) to cover some of the many costs of that process.

Working parents can use the child and dependent care credit to pay for some of the costs of caring for their kids while they are on the job.

And the tax code also offers several ways to help families save for and pay for your future student's educational costs.

4. Buying (and selling) a home
Your growing family means you need more space. Not only will a bigger abode mean more space, it also could provide some tax breaks. Note, however, that you'll need to itemize to claim most of them and that's become a less popular filing option since the TCJA greatly increased the standard deduction amounts.

Still, if you find your home makes filling a Schedule A worthwhile, you can deduct the interest you pay on your primary residence's mortgage up to $750,000 (for home loans taken out after Dec. 14, 2017). Interest on a home equity loan or line of credit of up to $100,000 also is deductible as long as the money is used for purposes directly related to the home.

Property tax you pay on your main house also is deductible, but it could be limited. The TCJA caps all tax deductions, both real estate and state income amounts, at a combined $10,000.

Some home upgrades, such as installing solar energy systems, also will get you an immediate tax credit to help offset the high cost of this type of improvement.

And one of the best tax benefits of homeownership remains untouched under TCJA. When you do sell your residential property, up to $250,000 of your sales profit ($500,000 for married joint filers) is tax-free as long as you owned the property for two years and lived in it for two of the five years before the sale.

5. Dealing with divorce
As with marriage, taxes play a surprising large role when romance fades.

Spousal support, commonly known as alimony, used to have to take taxes into account. The TCJA changed that. 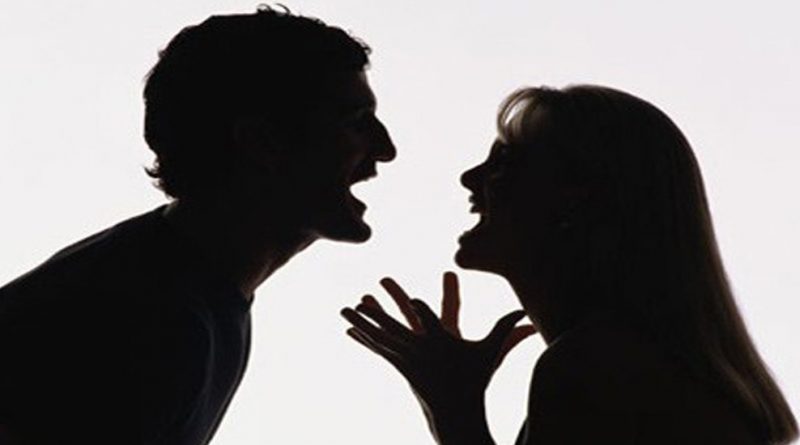 Before the tax reform law took effect, the recipient of alimony had to pay tax on the money and the ex making the support payments could deduct them as an above-the-line deduction. That's still in effect for marital splits before the law took effect in later 2017.

But for subsequent divorces — I'm talking generally here with this plural, not your personal serial separations! — alimony isn't a tax factor. It's no longer taxable to the ex getting it or deductible by the ex paying it. Basically, now alimony is just like child support, another sticking point in many divorces.

In addition to who pays what for the care of a former couple's kids, divorce also will mean changes in filing status. The parent who gets primary custody should file as a head of household, which provides a larger standard deduction amount. The custodial parent also can claim the child-related tax breaks when filing. The other parent will file as a single taxpayer.

One ex-spouse also typically is granted sole ownership of the family home. This could pose a problem for the newly single owner, especially when he or she sells the property. The profit exclusion amount then is just $250,000 versus the $500,000 that married filing jointly homeowners can exclude. Take that possibility into account before finalizing your split, perhaps opting to sell the house before the divorce and splitting the tax-free profits as part of the final decree.

Similarly, you need to take into account the tax treatment of other assets when dividing them. For example, a spouse who gets capital gains assets will owe less tax than on property, such as tax-deferred retirement accounts, that are taxed at ordinary rates.

6. Relishing retirement
Remember back when you got that first job? It's amazing how quickly you'll go from that momentous day to the equally notable one when you retire. Your golden years will be more enjoyable if you take advantage of the many tax breaks afforded by retirement plans. 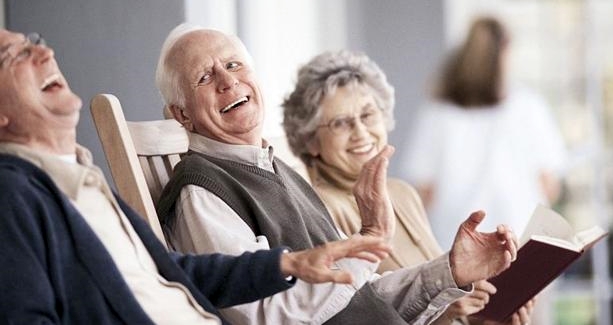 A traditional IRA contribution could produce a tax deduction when you file your tax return. Remember, though, that you'll have to pay taxes on this account (at the normal ordinary tax rates) when you start taking out money in retirement.

With a Roth IRA, you put in already-taxed money, but that means eventual distributions from a Roth are tax-free. The biggest drawback to a Roth is that you can't open or contribute to a Roth if you make a lot of money. However, regardless of your income, you can convert a traditional IRA to a Roth.

Workplace retirement plans, usually known as 401(k)s or Roth 401(k)s, offer similar retirement saving options, but with a nice bonus. Many employers match some of your plan contributions, which helps your retirement savings grow more quickly.

Social Security benefits generally are tax-free as long as you don't have a lot of other income.

And if you do have to file a tax return when you're older, you can claim a larger standard deduction amount on the new Form 1040-SR simply because you're age 65 or older.

Well, there you have it. These half-dozen tax matters essentially are "This is Your Life on Taxes."

Taxes are there every day of your every day, so it pays to pay attention to them periodically, if not on a daily basis. And definitely note the tax effects when you experience and celebrate a major event in your life.