UPDATE, 2:15 p.m. CDT, Wednesday, March 18, 2020: The Treasury and Internal Revenue Service have issued an official statement about the April 15 tax payment grace period. The portions that answer some of the questions raised earlier in this post are now added as yellow highlighted sections within the original post with any additional notations by me in red. 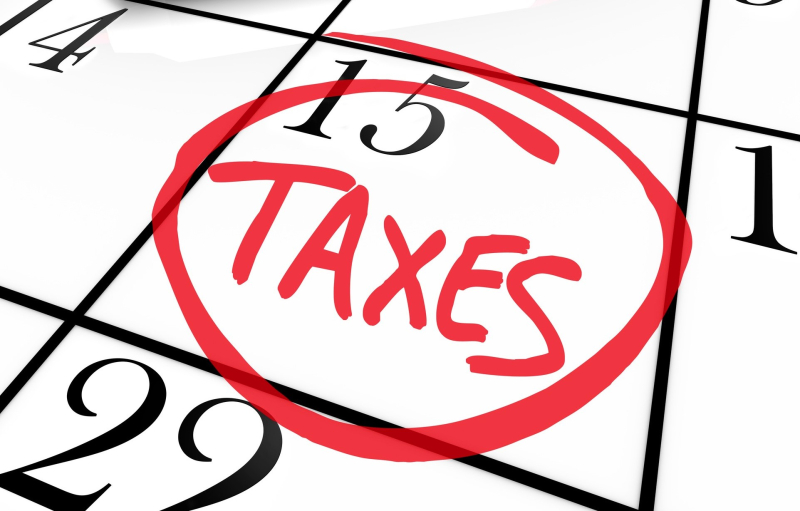 Our world has been upended by the coronavirus pandemic, but we're still trying to hold on to some semblance of normal life. One of those life constants this time of year is taxes.

Yesterday, March 17, Treasury Secretary Steve Mnuchin joined a coronavirus update press conference to announce how our tax lives are going to change this filing season. He said that people would be given three months to pay any taxes they found they owe when they complete their 2019 tax returns.

That pushes back and checks you have to send to the Internal Revenue Service from April 15 to July 15.

But as usually happens when taxes are involved, one tax answer tends to lead to more questions. Here are some that came to my mind.

That's because, aside from making necessary coronavirus personnel and in-office changes like every other business right now, the IRS is operating as normal as possible. Returns are still being processed. If you're getting a refund, it will be delivered. Yep, Mnuchin specifically noted that during the press conference, too: "You will get tax refunds."

And part of that normal process is folks finding themselves facing the filing deadline and not able to meet it. If you're among those millions who, each year, can't finish filling out Form 1040 by April 15, then file for an extension using Form 4868. You can do so electronically, although that might need to be tweaked, too, since it usually is connected to paying any tax you owe. (There are always some unintended consequences with taxes.) Or you can download the paper form and snail mail it by April 15.

And those tax filing-tax paying entanglements bring us to the big April 15 change and question #2.

Is April 15 still the tax paying deadline?
Yes. No. Not necessarily. Since the IRS is still running as sort-of usual, Uncle Sam would like folks who can afford to pay any tax they owe to do so by April 15 when they file returns. But if you can't pay, you now have until July 15 to send the money to the IRS.

Even better, you don't have to worry about the usual penalty and interest charges. Those will be waived for most filers who use the 90-day payment extension.

You said "most get to delay paying." Who is most?
The tax payment delay is available to people who owe $1 million or less and corporations that owe $10 million or less, according to Mnuchin. Most of us individual filers will fall well below that million-dollar mark, but it was set at that level to accommodate small businesses that operate as pass-through entities. You probably remember discussion of these businesses during the (TCJA) debate. Pass-through companies are those whose earnings are reported as part of the owners' personal Form 1040 filings.

Or, as Mnuchin said during a March 11 hearing before the House Appropriations Committee when he gave lawmakers a preview of the Tax Day plan, the postponement is designed to help small and midsize businesses and "hardworking individuals" dealing with fallout from the coronavirus. The ability to postpone those payments without fear of added late charges would be provided to "virtually all Americans other than the superrich."

What does the delay really mean to taxpayers who owe?
It means you get to keep the amount of money you normally — I know, I keep using that word while we are so far beyond normal right now… — would send to the IRS when you filed your tax return. That gives you the cash to buy groceries and pay bills.

Overall, according to Mnuchin, the delayed tax payments could provide $300 billion in temporary liquidity for U.S. households and businesses, up from the $200 billion estimate he told the House budget hearing last week. And that should provide a short-term financial cushion against this unexpected and rapid economic slowdown and government-ordered closures.

Quick side note about using your not-due-yet tax money. If push comes to shove, pay your utilities, not your credit cards. Those companies should be taking into account these extraordinary times and providing some consumer relief, too.

I got a notice this week from my card issuer saying it will work with folks who've been impacted by COVID-19, by offering such things as credit line increases and collection forbearance. If you don't hear from your credit card company and need help, contact it yourself and explain your situation.

What about other tax deadlines?
April 15 is the biggest Tax Day for most Americans. And it's the deadline for not only paying, but other taxes and tax-related moves. This includes the first estimated tax payment for 2020 that's due on April 15, as well as the ability to put money into tax-favored health savings accounts and IRAs. Right now, it's unclear as to how or if these other April 15 deadlines are affected by the 90-day payment delay.

Will the same payment delay apply to my state taxes?
Most of the 43 states and District of Columbia where some sort of income tax is collected tend to follow the IRS when it comes to things like filing deadlines. When that's been changed in the past, these state tax departments tended to follow.

But payments are different. Many states were facing budget difficulties before they, too, saw their economies whacked by the coronavirus outbreak. So they might not be as willing or able to forgo revenue collection even for a relatively brief period.

Gail Cole has a state tax action segment in her new coronavirus tax relief roundup at the Avalara blog. But my best advice here is for you to be pro-active. Pay attention to your local news, which should alert you to local and state tax changes, and periodically check in with your state tax officials. You can find links to them in the ol' blog's state tax directory.

What would the delay mean to the federal government?
I know that most of us aren't really worried about the feds and specifically the IRS in this time of coronavirus. But it is a question worth asking. As with most things tax, the answer is, you guessed it, it depends.

For the IRS itself, the delay could help the agency cope with the added stressor that the pandemic has created. The most immediately result would be the spreading out the agency's processing of payments. That's not a bad thing, since many of its workers are likely to move, where possible, to telework. And just like the rest of the population, some IRS employees will test positive for coronavirus or get sick and miss work. The delay could help ease these logistical problems.

As for Uncle Sam's bank account, the news isn't good. Our tax system is pay as you earn, meaning the Treasury collects our income taxes when we get our money. That's done by taking it out of paychecks of employees. Similarly, self-employed workers figure their income and payroll tax amounts and remit them in the aforementioned quarterly estimated tax payments.

When wage workers don't have enough income tax withheld or the self-employed are short on their estimated payments, they make up the difference with the taxes due when they file. And when folks know they'll owe, they tend to put off that filing and paying until the April 15 due date. That's why April typically is the IRS' biggest month for tax collections. Without that inflow, Treasury might be forced to borrow more to make up this year's tax payment delay shortfall.

When will we know more?
Soon, I hope. Today! The IRS is expected to issue issued more complete guidance on the general 90-day payment deferral. That should answer these and other questions.

When that happens, I'll let you know. Done!

And if you have other questions about the April 15 changes, let me know in the comments and I'll try to track down those answers, too.

Until then, hang in there. Stay safe. And remember that while taxes are important, they are not as important as those we love. Take care of them and yourselves.

I'm not familiar with H&R Block, but I suspect that you have the option to electronically file and pay separately. So just e-file your form. Then make sure you get the electronic payment to (or on it's way if mail a paper check; postmark counts) the Treasury/IRS by July 15.

Simple question. When I file this week electronically, do I omit sending my check? How do we delay payment? We use H&R Block software.