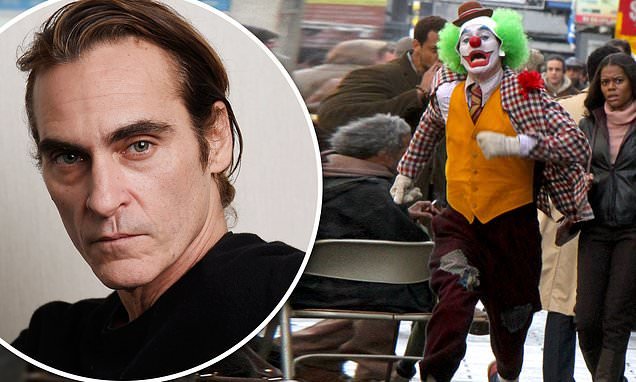 The Academy Awards is tonight and although I'm a big film fan, I'll probably skip it. The early awards shows have already spoiled it for me.

Sorry, ABC. If Antonio Banderas somehow takes the Oscars statuette from Joaquin Phoenix, which is what I'd love to see, then I'll catch the replay on YouTube tomorrow.

Some folks in New Jersey, however, will be closely watching this year's ceremony and pulling for the "Joker" actor. The street where Phoenix's disturbed Arthur Fleck character gets jumped early in the movie is in Newark.

Tax breaks, of course, played a part in the Batman villain's prequel shooting some scenes in the Garden State.

Such tax benefits are a major consideration of all production companies.

There's the federal film, television and live theatrical production tax break, which made it into the tax extenders language that became law at the end of 2019.

And then there are the added state tax breaks.

Garden State production payoffs: New Jersey is at the forefront of those trying to lure makers of mass entertainment.

Gone are the Gov. Chris Christie days, when the Republican state leader pulled the plug on some television productions, including the "Jersey Shore" sort-of reality show.

Democrat Murphy and his politically like-minded N.J. legislators brought the tax break, which had been on a three-year hiatus, back in 2018. It was set to run through 2023.

In addition to now lasting through 2028, the new law expands the corporation business tax and income tax credits available to productions that choose to film in New Jersey.

The annual cap on awards to film productions has gone from $75 million to $100 million. Any dollars not spent by an eligible production in one year also can roll over to the next.

NJ.com also notes that the entertainment tax break is targeted to help certain areas of the state. A savings on 30 percent of eligible expenses is available for companies that film in the upper half of the state. A 35 percent tax break goes to movie and other entertainment producers who choose to film in the counties of Atlantic, Burlington, Camden, Cape May, Cumberland, Gloucester, Mercer or Salem.

Digital companies can apply for 20 percent, or 25 percent if they choose south Jersey. Productions are also eligible for diversity tax credits if they take steps to recruit and hire women and minorities.

That's a lot of numbers, but five, the number of additional years the N.J. film etc. tax break will be in effect, earns this weekend's selection as the By the Numbers figure.

Entertainment tax breaks continue to be a controversial way to try to spur economic development.

And while some states swear by them, others opt out of the programs. They come, they go, they come back.

Murphy is among those who think (for now) the tax benefits work.

"Expanding our popular film and digital media tax credit program will ensure that studios will continue to seek out New Jersey as a filming location, bringing skilled jobs and economic activity with them," he said in a statement issued when he signed the new law.

He and other film tax break advocates point to the tens of millions of dollars the state has recently awarded, so such wide-ranging productions as HBO's adaptation of the Philip Roth novel "The Plot Against America" ($10.2 million), Steven Spielberg's "West Side Story" ($6.9 million), WWE's "Wrestlemania 35" ($2.8 million) and the $2 million to tonight's expected Academy Award winning "Joker."

Opponents argue that the returns don't cover the state's costs and that such programs are too easy to exploit.

State vs. state: Personally, I'm not a big fan of taxpayers helping out rich anything, from professional sports team owners looking for new venues to big-dollar production companies. The film fan part of me, however, likes anything that gets Hollywood into my backyard.

The television version of Ross Thomas' novel is set in South Texas. But it was filmed in New Mexico because, of course, the Land of Enchantment offers better tax benefits.

BRIARPATCH, a TV series starring Rosario Dawson, is #filming in Albuquerque in May.

And that, in my view, is (pardon the Albuquerque-based Walter White play on words), a bad break for the Lone Star State.