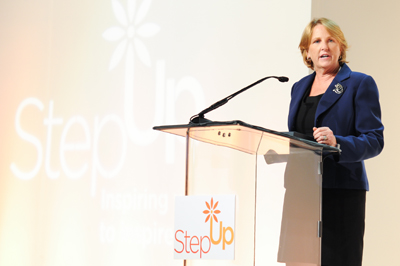 "I am deeply honored to join the talented team at the IRS as the National Taxpayer Advocate," said Collins. "I will work every day to be a strong and effective representative of American taxpayers."

Government and private sector tax experience: Before assuming the KPMG role, which she held for 20 years, Collins was an attorney for 15 years in the IRS Office of Chief Counsel in its Los Angeles and Laguna Niguel offices.

She twice received the Chief Counsel's highest award, the National Litigation Award, as well as the agency's Western Region's highest litigation award for her work. 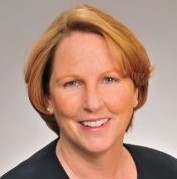 She also provided pro bono services to taxpayers to resolve disputes with the IRS.

Outside the tax world, Collins has for the last decade been involved in programs that connect professional women and young women from under resourced communities through after-school and weekend mentorship programs.

She also donated her time to non-profit boards focusing on underserved communities where English is typically the second language spoken at home.

Collins is a graduate of the University of California at Irvine and earned her law degree from Southwestern Law School in Los Angeles.

While the announcement did not mention any previous professional relationship between Collins and IRS Commissioner Charles "Chuck" Rettig, both came to the agency after years in the Southern California tax community.

"I look forward to working with Erin to improve the IRS for the benefit of all Americans and know that she will serve our nation with distinction," said Rettig, who also lauded the work of the office's previous occupants, Olson and Roberts, as well as the employees of the Taxpayer Advocate Service.

In addition, the NTA also reports to Congress on areas of the tax law that impose significant burdens on taxpayers or the IRS. This includes annual recommendations of potential legislative changes.

The NTA also is a member of the team charged with helping to modernize the IRS and contributing to its strategic management.

The best contact channel is via the Taxpayer Advocate's website; there's link to the local offices. https://taxpayeradvocate.irs.gov/get-help

Is there an email available on Ms Collins?