14 million taxpayers paid to file instead of using Free File 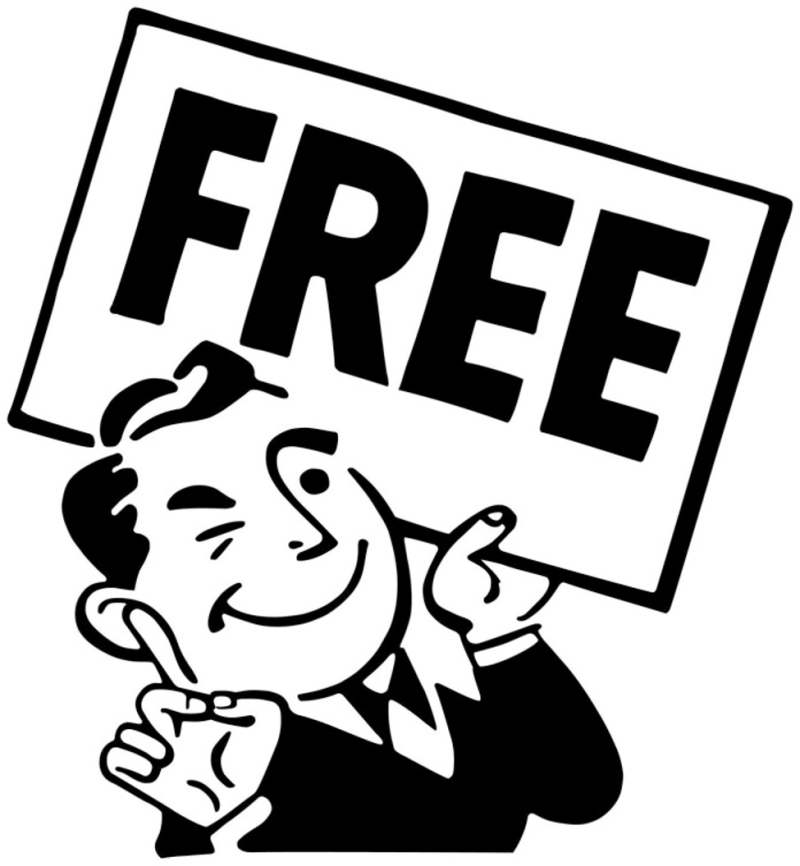 If this filing season is anything like previous ones, millions of taxpayers have already sent their 1040s to the Internal Revenue Service.

One of the perennial questions is how many filers use tax software, specifically the options offered by the IRS-tax software industry partnership known as Free File.

Again, if the 2020 filing season is like most before it, the news isn't likely to be good. Despite efforts by the IRS over the years, the Free File program is just not that popular with taxpayers.

And making things worse for the program is a just-released report that says more than 14 million taxpayers potentially paid for tax preparation software last year that they could have gotten at no cost at the IRS' Free File site.

The Treasury Inspector General for Tax Administration (TIGTA) confirmed such actions in a report released this week.

TIGTA also found that notwithstanding the questionable company actions — which technically didn't violate the agreement in place at that time; a new one was reached in December 2019 — more than 14 million taxpayers potentially paid for tax prep software last year that they could have gotten for free.

A key reason for the apparent rejection of Free File is one that dogs the IRS: it's hard to understand.

"The complexity, confusion, and lack of taxpayer awareness about the operation and requirements of the Free File Program are contributing reasons why many eligible taxpayers do not participate in the Program," according to the TIGTA report.

Simply finding a Free File option can take several steps, as the TIGTA flow below indicates. You can see a larger version of it on page 8 of the report. 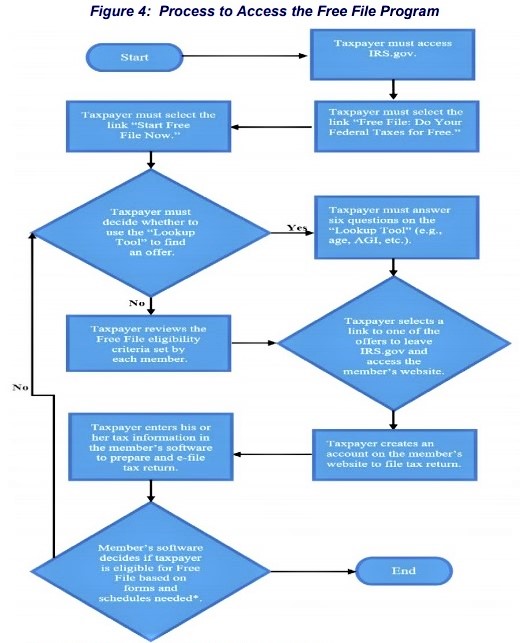 Since 2003, Free File has served nearly 57 million taxpayers, according to the agency. Based on a conservative $30 preparation fee for each return, Free File saved its users at least $1.7 billion, the IRS noted.

"The IRS expects to get about 12.9 million individual returns from Texas taxpayers in 2020 and more than 5.5 million will be self-prepared," said the IRS statement that I received since I'm a Texas based tax journalist.

But if Lone Star filings follow last year's pattern, the 2020 Free File numbers won't be that good. The IRS acknowledged that in 2019, only about 200,000 Texans used Free File.

Rejecting Free File: During the 2019 tax return processing year, only 2.5 million (or 2.4 percent) of the 104 million taxpayers eligible to use Free File used the program, according to TIGTA.

The remaining taxpayers either did not use tax software, chose to use retail tax preparation services or used other software versions on their own. 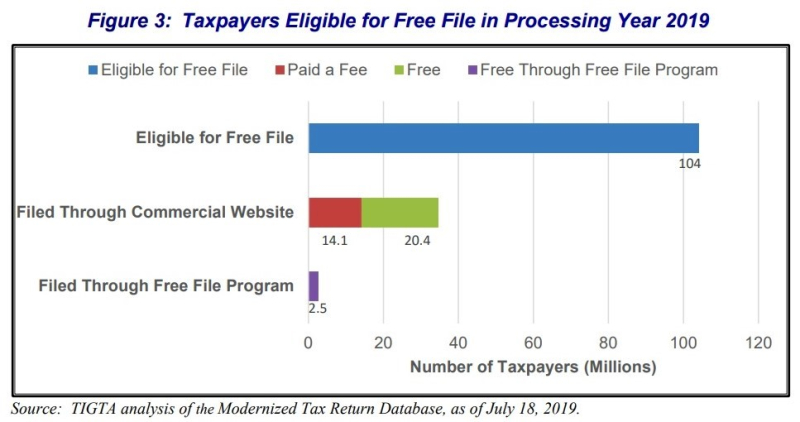 Of the do-it-yourself software filers, TIGTA's audit found that 14 million used tax prep software they could have received for free from the IRS website.

The IRS watchdog says it came to that numerical conclusion via a statistically valid survey of 200 taxpayers who did qualified for Free File, but instead used a commercial online product.

Of those taxpayers who opted for tax software available at the various manufacturers' websites, 43 percent said they were charged a fee to prepare and e-file their federal tax returns.

"Based on these results, TIGTA estimates that more than 14 million taxpayers met the Free File Program criteria and may have paid a fee to e-file their Federal tax return in the 2019 Filing Season," notes the IRS watchdog in its report, dated Feb. 3 and made public Feb. 5 and officially titled "Complexity and Insufficient Oversight of the Free File Program Result in Low Taxpayer Participation."

Tighter Free File rein needed: As for the second half of that lengthy title, TIGTA found that IRS oversight of the program is wanting.

"Our review found that the process taxpayers must follow to participate in the Free File Program is obscure and complex, and there is a lack of adequate advertising and oversight of the Program by the IRS," notes the report.

Although the IRS made changes to Free File for the 2019 filing season to make it, according to an agency release, "even more taxpayer friendly," TIGTA says that didn't happen.

Taxpayers continue to be unaware that they must use the IRS website to get to the Free File page, says TIGTA, meaning they turn to internet search tools that often (as Pro Publica found) to the commercial websites of participating Free File companies.

While many of the software companies also offer a free version their own, distinct from the one they offer to Free File users, consumer advocates say that they also sometimes offer, for a price, add-ons. This generally is discouraged in the Free File versions.

The commercial tax prep sites can charge taxpayers a fee based on the forms and schedules needed to complete the returns, as well as sell the filers additional services, such as audit protection, according to the TIGTA report.

"Thus, eligible [Free File] taxpayers with the same tax situations have different experiences filing their returns and may be charged a fee based solely on whether they access a member's website through IRS.gov or through an Internet search," said the Tax Inspector General.

More hurdles once at Free File: TIGTA also says that those taxpayers who do make it to the Free File site also encounter difficulties.

"Once taxpayers access IRS.gov, they must review the criteria for each member's offer or use the Free File Software Lookup Tool to determine if they qualify for one or more of the 12 [in 2019; in 2020, there are 10 companies] offers," says the report.

Factors that affect which Free File offering is best for each taxpayer include the taxpayer income, age, state and whether they are in the active military, have a foreign address or qualify for the Earned Income Tax Credit.

But after getting to the participating software's website and after entering the required tax information, taxpayers could only then learn, based on additional entries not initially disclosed, that they no longer qualify for free e-filing.

At that point, the taxpayer has the option to pay to finish the return that has been started or return to IRS.gov to select another member’s offer.

Clearer free requirements sooner: Suggestions on how to make any possible payments more apparent and sooner in the process are among nine Free File recommendations made by TIGTA in its report.

The auditor says participating Free File companies should be required to fully disclose on the IRS.gov Free File web page all criteria that taxpayers must meet to truly file at no cost their federal return. This disclosure should also identify those specific return characteristics that will result in the taxpayer being charged.

The IRS said it will work with Free File participating companies to identify any exceptions in which a taxpayer may be charged a fee for a federal return, and to provide that information to the IRS for consideration of appropriate next steps.

Getting more Free File word out: TIGTA also said the IRS needs to develop and implement a comprehensive outreach and advertising plan to inform eligible taxpayers about the Free File Program and how to participate. According to TIGTA, IRS management said it has not paid for advertising of Free File in newspapers, radio or local television since fiscal year 2014.

The IRS agreed with this recommendation and plans to develop a comprehensive communication plan that will identify additional outreach avenues.

IRS management said it also will continue to promote Free File as a free online option for taxpayers, and it will remain a key component of the filing season messaging.

Added IRS attention to Free Filers' rights: As for IRS oversight, TIGTA recommends, as did the IRS Advisory Council (IRSAC) in its own report in November 2018, that IRS should assume a more direct role to ensure that Free File "does not unnecessarily expose taxpayers to upselling of paid products" by participating software companies.

To achieve that, TIGTA said there needs to be "persistent oversight and accountability" of both the IRS and the software companies to the terms of the program, which should be restated in a renegotiated memorandum of understanding about how it works.

The IRS also should make apparent to taxpayers their Free File rights in the current working agreement, says TIGTA.

These rights and protections should be noted on both on the IRS' Free File home page, as well as on participating members' Free File websites. 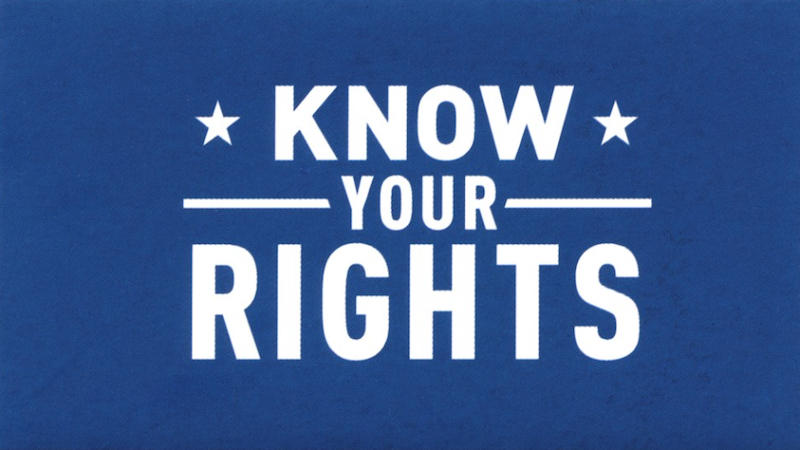 At those sites, taxpayer should be informed of their right to:

IRS OK with most suggestions: The IRS agreed completely with most of the TIGTA recommendations and partially with the remainder.

Corbin also pointed to the MITRE Corporation (MITRE) audit of Free File, which was commissioned by the IRS. Both reports, said Corbin, "should be considered by outside readers to obtain a fully balanced and objective assessment" of the program.

Based on the various findings, Corbin said the IRS agrees that agrees Free File "can be strengthened and [is] taking steps to implement changes in place for the 2020 and future filing seasons to improve it."

Many of the changes, however, aren't set to take effect until later this year, so they won't have a major effect on the main 2020 Free File season.

Still, you can be sure that this is an ongoing process and TIGTA, Capitol Hill, the media and taxpayers will be watching.

Instead of doing what they are not good at,
* End the program as we know it to save confusion and cost.
* Establish a tax filing credit to "qualified" tax payers who use commercial filing product.
* IRS determins qualification for credit
* Commercial providers will assure that client gets the tax credit $$ as refund.