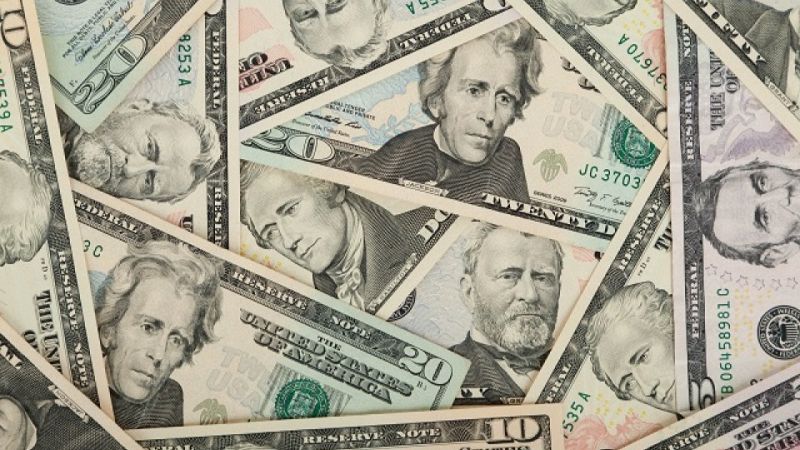 To make sure you, not the U.S. Treasury, gets more of these, don't overlook possible tax deductions and credits.

At tax time, filers are always searching for ways to reduce their final tax bill.

You can claim deductions, either by itemizing if that gives you more than your standard deduction amount or by claiming some income adjustments, still referred to (by me, at least!) as above-the-line deductions that reduce the amount of income that's taxed.

There also are tax credits, which are even better because the directly reduce what you owe Uncle Sam dollar-for-dollar and in some cases could produce a tax refund.

Too often, though, filers overlook some of these tax breaks.

Here are 10 ways to reduce your tax bill that sometimes slip through the tax break cracks at filing time. Check them out and if you're eligible, be sure to claim them.

1. Dependent care credit:  Ask any mom or dad about the cost of raising a family and they'll tell your that one of the biggest expenses is paying for someone to watch after their youngsters while the parents are at work. The Child and Dependent Care Credit can help. This tax break (note that it's one of those valuable tax credits) covers up to $3,000 spent on care for one child or up to $6,000 for the care costs two or more kids. The actual tax credit you can get is a percent of those care costs based on your adjusted gross income.

2. Earned income tax credit (EITC):  This credit is intended to reduce the amount of tax owed for low- and moderate-income wage earners. However, only 4 out of 5 eligible taxpayers every year claim the EITC, according to the IRS. Check it out and if you qualify — and, yes, it's available to single filers without children, too — be sure to use it.

3. Deductible IRA contributions:  Taxpayers who contribute to a traditional IRA may be eligible to claim some or all of their contributions as a deduction. This is an easy way to make a sizeable reduction to taxable income while also planning for your post-work years. Even better, you have until the April 15 filing deadline to establish and put money into one of these retirement accounts for the prior tax year. Best of all, it's another above-the-line deduction. The amount you can contribute is adjusted annually for inflation. For the 2019 tax year, it can be as much as $6,000 if you're younger than 50 or $7,000 if you've hit or are beyond the half-century mark.

4. Lifetime learning payback:  Younger students heading off to college get a lot of attention at tax time. There are several tax breaks to help with their higher education. But those of us older students looking to improve our skills also get a tax break. The Lifetime Learning Credit, which true to its name is not limited to the usual post-high school curricula, could worth as much as $2,000 against your tax bill. Again, that's a credit that's subtracted directly from the amount you owe the Internal Revenue Service. 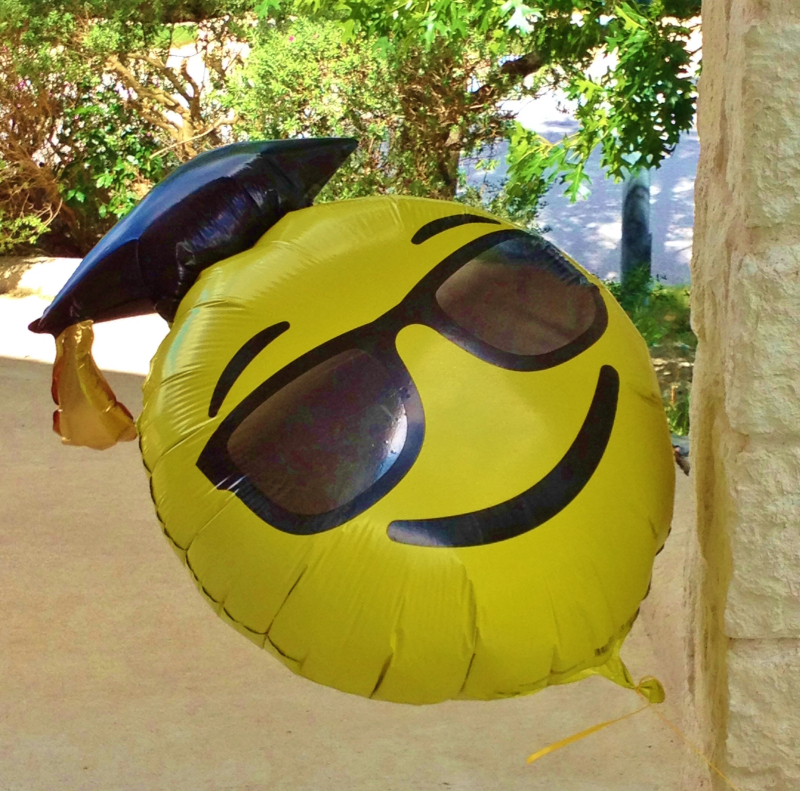 This cool balloon was part of a neighbors' celebration of their high school graduate. Gusty Texas winds, however, helped it take a post-graduation trip to our driveway. After snapping this photo (and Instagram video), I helped the light-headed graduate home.

5. Tuition and fees:  This education tax benefit makes a return on 2019 tax forms. It's among several tax breaks (known as extenders) that weren't on the books last filing season because they expired. They're back now and through the 2020 tax year, as well as retroactively for 2018 taxes, but that's for another post on amended tax return filing coming soon. As for this now resurrected education tax break, this filing season you can deduct up to $4,000 of eligible tuition and fees. Details are on IRS Form 8917.

7. Donating retirement money:  If you did a great job saving for retirement, you might not need all that golden years' cash. Good for you! But the IRS still wants you to take out this money as a required minimum distribution (RMD). Thanks to the recently enacted SECURE Act provisions included in the extenders bill, the RMD age now is 72 instead of 70½. But you still can avoid those RMD taxes by donating up to $100,000 a year of your required withdrawal to an IRS-approved charity. You can even start doing so at your 70½ birthday. Just make sure you do so as a direct transfer, known as a Qualified Charitable Distribution or QCD, to the charity. You can't deduct these QCDs, but the donations meet RMD rules, aren't included in your adjusted gross income and therefore aren't taxable to you.

8. Retirement savings credit:  Before you start using or donating your retirement funds, you need to stash cash these accounts. The Saver's Credit can help. As long as you don't make a lot of money but are contributing to an IRS-approved retirement plan, such as a traditional or Roth IRA or a workplace 401(k) plan (either as an employee or via a self-employment retirement option), this credit could get you an extra $1,000 tax break.

9. Self-employment tax breaks:  More of us are working side jobs, either to supplement sluggish wages or as our full-time money-making endeavor. Not only does being you own boss offer more freedom, the tax code provides some ways to make use at filing time of some self-employment expenses.

If you pay for your medical insurance as a self-employed worker, be sure to deduct that as an above-the-line deduction found on Schedule 1. Ditto for half the self-employment (SE) tax you pay. And don't forget about retirement. You can several self-employed retirement plan options. These contributions also count toward the Saver's Credit cited in overlooked tax break #8, as well as can be claimed as another income adjustment on Schedule 1 of your Form 1040.

There also are a slew of expenses you, as a sole proprietor of one full-time or many side hustles, can claim on your Schedule C for each.

10. Many medical deductions:  Many of the folks who still itemize tend to be folks with large medical expenses. Those previously mentioned extenders make this even more worthwhile by keeping the threshold that medical expenses must exceed at 7.5 percent (instead of 10 percent) of your adjusted gross income. 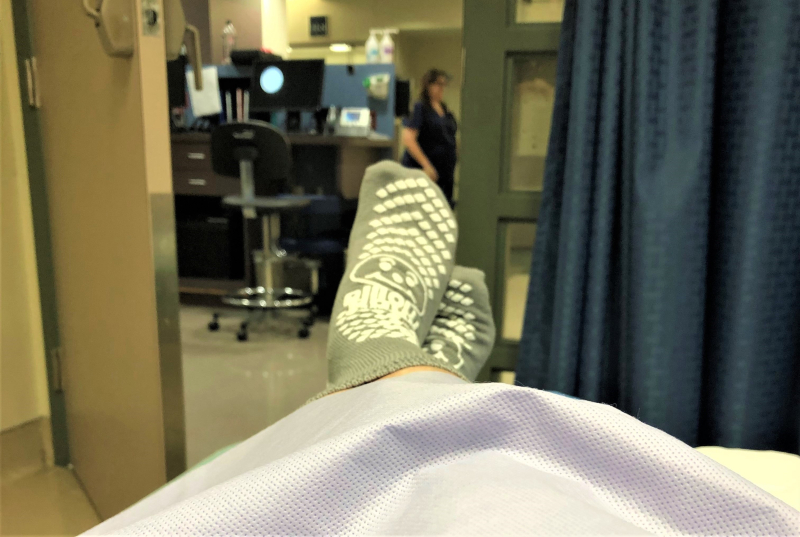 Me racking up some deductible medical expenses a couple of years ago.

To help you clear that hurdle, make sure you claim all allowable medical costs. These range from medical miles to certain health insurance premiums and many more, discussed in my earlier look at IRS-approved deductible medical expenses.

It might take a bit more time and work to claim these tax breaks. And yes, if you use tax software or hire a tax preparer to help with your taxes, they should catch these if you qualify.

But it never hurts to know what to look for. And in most cases, it's definitely worth the extra filing trouble to save some (and sometimes a lot of) tax dollars.

Thanks for the great post! Very informative. Keep up the great job man!