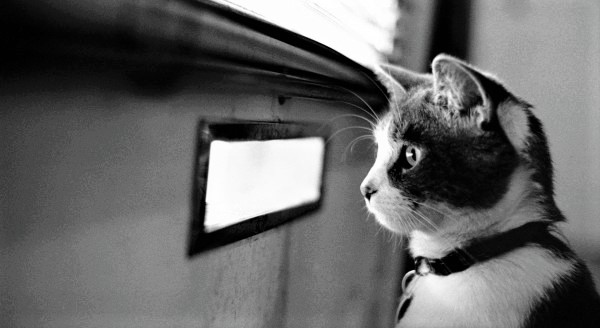 This cat apparently is expecting something to be delivered by his postal carrier. Many taxpayers share this feline's anticipation this time of year, when annual tax forms are on their way.

The hubby and I have some investments in addition to our retirement accounts. We're hoping these assets will be a nice bonus to the funds dedicated totally to paying for our retirement years.

That means we're among those folks who are waiting on some tax documents so we can file our 2019 tax return.

And we're also among those folks who'll be waiting a bit longer.

Mutual funds vs. brokerage accounts: I have a Vanguard account. And last week, the Vanguard investment group notified some clients (me included) that we may receive two sets of tax forms for 2019, one in January and the other in February.

All of us dual tax statement recipients are folks who moved from Vanguard's mutual fund platform to its brokerage account last year. That includes me.

The 1099s arriving sooner are for Vanguard mutual fund accounts. Brokerage clients will get their tax statements next month. Typically, brokerage tax statements are issued in mid-February.

It also, however, created an issue for many anxious-to-file Vanguard account owners.

The good news is that by this time next year, Vanguard investors likely will receive one consolidated Form 1099 detailing their holdings.

But this year, it's two 1099s for many and a delay in submitting a tax return.

Know when to expect tax forms: It's also a good reminder to know not only what forms you'll need to file — my earlier post lists some of the most common tax statements that arrive this time of year — but also how the issuers handle this reporting duty.

In most cases, tax statements are due to taxpayers on Jan. 31.

And in most cases, that's not a problem.

But it's still a good idea to be proactive about your expected tax statements. I must confess I don't always follow my own advice. But then, in my defense, I'm not usually part of the early tax return filing group.

If you're like me, you've probably gotten a lot of emails in recent weeks from investment managers telling you what to expect and when. And if you're also like me, you probably haven't looked at most of them yet.

Open them now. I'm going through my overflowing email box as soon as I post this item.

That way you'll know what tax statements are now available to be downloaded. Or, if they're not, when they will be ready for you digitally or, if you're like the watchful mail-drop cat at the top of this post, headed in paper form to your snail mail box.

Then you can make plans to file as soon as you can, even if that means waiting a while for some of the forms.