And be ready to pay tax on your winnings 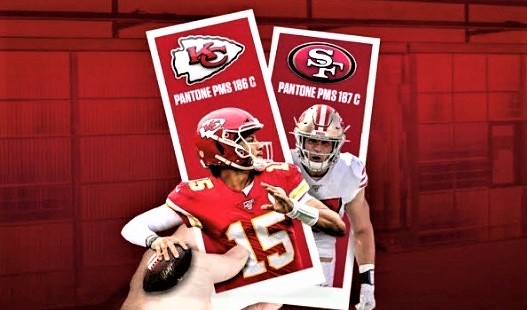 Quarterbacks Patrick Mahomes of the Chiefs and Jimmy Garoppolo of the 49ers will lead their teams Sunday, Feb. 2, in Super Bowl LIV.

Quarterbacks Patrick Mahomes of the Chiefs and Jimmy Garoppolo of the 49ers will lead their teams Sunday, Feb. 2, in Super Bowl LIV.

I've been to Las Vegas. I love that city. But I know nothing about betting.

My gambling, aside from a half hour or so at a Sin City slot machine years ago, is losing a few bucks on a lottery ticket every time the Powerball or Mega Millions jackpot is ginormous. Yes, I do have a ticket on my kitchen counter waiting to break my heart after tonight's Powerball drawing.

But I do love the annual Super Bowl prop bets. Not for wagering, but for seeing what wild things bettors can come up with in connection with the game and the specific teams.

Prop bets, just in case you don't know, are those wagers that are about some specific potential game occurrences, like which team and/or player will score the first points and how.

The really fun ones, though, are the ones only tangentially related to the National Football League (NFL) championship game.

Prop bet potential: Prop bets include things such as who will win the coin toss, how long will the singing of the national anthem take, will there be a wardrobe malfunction during the halftime extravaganza and what color Gatorade will be poured over the winning coach.

I am not alone in my love of gambling gimmicks.

An estimated $6 billion was wagered on last year's NFL championship game, according to the American Gaming Association (AGA). This year, the AGA predicts around 26 million Americans will wager a record $7 billion on Sunday's Feb. 2 match-up of the Kansas City Chiefs and the San Francisco 49ers.

VegasBetting.com says that about half of what's wagered each year on the biggest professional football game is placed on props.

If you're like me and millions of other fans, here are some of the more fun and/or goofy prop bets in connection with Super Bowl LIV.

Scoring on scoring: Let's start with the actual on-field prop possibilities, specifically scoring bets, since ultimately the Super Bowl is all about winning.

Things like kick-off or punt run-backs are always there. So are the aforementioned first score/scorers and which quarterback will have the best of various stats. There's also always the largest lead during the game, as well as the final score spread.

But I like point producers like safeties. These are rare in the regular season, so of course they get attention during the Super Bowl.

Rare, however, doesn't mean impossible. Back in 2014, a couple of lucky bettors got nice payouts when they bet that the first score in Super Bowl XLVIII would be this 2-pointer.

There are also props on missed scoring opportunities. Another rare, but perfect as a prop bet, is whether there will be a double doink. That's the quasi-onomatopoeic term for when the kicker misses a field goal by having the ball bounce off of two uprights or an upright and the crossbar.

Will there be a double doink?

Or the 3D — doink doink damn! — if it's your teams' off-target kicker.

A double doink actually is hard to do, so it's unlikely. But if you bet that this kicker's worst nightmare will happen and it does, you could be a props winner.

Another nightmare is blown leads, and the reappearance of Kyle Shanahan makes that a possibility a popular prop bet.

Shanahan, San Francisco's head coach, was last in the NFL championship game as the offensive coordinator for the Atlanta Falcons when they faced the New England Patriots in Super Bowl LI. In that game, the Falcons surrendered 31 unanswered points, giving the Pats the largest comeback in Super Bowl history. Yep, some folks are betting on whether Shanahan's 'Niners will fold this Sunday.

And since this is the first Super Bowl appearance for the Chiefs in 50 years, how many times will we see clips of the team in Super Bowl IV?

Political prop payouts: But the most fun, especially for folks who aren't fans of football itself or either team, are the bets on things not related to on-field plays.

2020 is an election year, so naturally there are some political prop bets.

Many integrate the big game and Donald J. Trump's love of Twitter, such as will he:

There's also betting on which will be higher, the winning team's final points scored or the number of Trump tweets.

Traditional nonsports prop bets: And, of course, there are the usual prop bet suspects that don't have anything to do with what the Chiefs or 49ers do.

Before the game, the singing of the Star Spangled Banner gets a lot of attention from television viewers and bettors. From the wagering perspective, it's generally an over-under bet, with two minutes being the marker.

This year, the timing spotlight will be on pop singer Demi Lovato. Last year, Gladys Knight's rendition of the national anthem was 2 minutes and 1 second. Bets are being taken on whether Lovato will go longer or shorter.

Halftime show headliners are Shakira and Jennifer Lopez. Both entertainers have been known to wear daring outfits, so bettors are placing money on whether one of those will be as unintentionally revealing as Janet Jackson was in the Super Bowl XXXVIII wardrobe malfunction performance break 16 years ago. 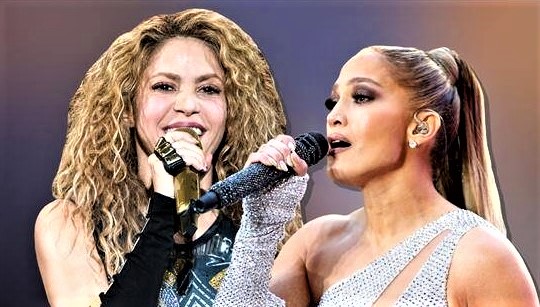 Shakira and J-Lo ready to bring down the Super Bowl LIV house at halftime.

On a more family friendly halftime topic, you can bet on what songs will be performed at halftime and whether both of this year's halftime stars will sing in Spanish?

Given the musical celebrities who live in the Miami area, which is where the game is this year, there also are props on whether Ricky Martin and/or Pitbull will make unannounced state appearances.

And, of course, there are the bets on how many times Fox TV will show and/or interview J-Lo's fiancé Alex Rodriguez.

When the game is finally over, the odds right now are that the winning coach will be soaked in red Gatorade. That's not a surprise, since red is the primary uniform color of both teams, although it will be the Chiefs with the colorful jerseys since they are the game's designated home team. Last year, the blue-based Patriots doused Bill Belichick with blue sports drink.

Stay alert: Note that as with all gambling and sporting events, things can change quickly. If you're planning to put down a few (or more) dollars, keep your bookie on speed dial or, more likely, stay signed on to your online wagering option.

If you're into betting, VegasBetting.com has a list of current Super Bowl related odds.

The New York Post has what it says are the prop bets that give you the best chance to win.

The Washington Post lists what it sees as the best Super Bowl prop bets, from the serious to the silly.

And speaking of silly, we can't overlook the Super Bowl ads, some of which always are leaked, at least in teaser form, to get some pregame buzz going. You can find more about the ads in my Tumbling Taxes ads and prop bets post.

Don't forget your taxes: And, of course, here's my annual obligatory reminder that if you win any bet, from tonight's lottery drawing to a local raffle to a Super Bowl wager (prop or otherwise), your winnings are taxable income that you must report to the Internal Revenue Service.

Uncle Sam would greatly appreciate it if you would follow through after your big take.

Although folks no longer have to go to Nevada to place sports bets, thanks to the Supreme Court ruling that gave state the right to legalize gambling within their borders, the expanded legal wagering still doesn't guarantee the IRS is getting its legal cut.