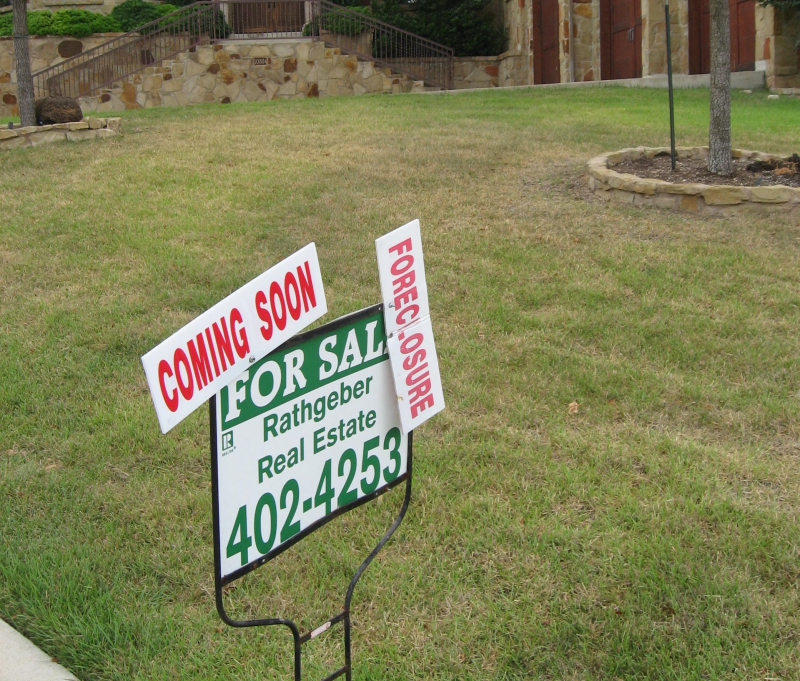 Owning a home has long been a symbol of the American dream.

For some, however, homeownership turns into a nightmare.

Those horrid homeowner dreams became evident in the Great Recession.

In the late 1990s through the mid-2000s, artificially high home prices, questionable lending practices and an explosion of subprime mortgages to buyers who under regular lending standards would not have been given a home loan, created a housing bubble.

It finally burst in 2007, leaving many homeowners broke as the loans on their properties suddenly were many thousands more than their homes were worth.

Many went into foreclosure or walked away from their financially underwater properties.

Others were able to refinance their loans or have some of the debt forgiven by the lenders. These options, while preferable for many, did produce some tax issues that will be discussed a bit later in this post.

Guilty of scamming over-leveraged homeowners: The bottom line, both financially and emotionally, was that these desperate homeowners were just trying to hang onto their homes.

That made them prime targets for scammers.

Now it's some of those scam operators who are paying the price.

The U.S. District Court for the District of Nevada last month slapped the operators of a mortgage relief scheme with an almost $18.5 million judgment.

False claims aimed at desperate homeowners: The scammers deceived financially distressed homeowners by falsely promising to make their mortgages more affordable, according to court documents and the Federal Trade Commission's (FTC) Dec. 30, 2019, announcement of the ruling.

The companies also charged consumers illegal advance fees and unlawfully told consumers not to pay their mortgages to or communicate with their lenders.

In the original charges filed in January 2018 by the FTC, the defendant companies and their operators typically charged consumers $3,900 in unlawful advance fees, to be paid in $650 monthly installments.

The FTC charged that the mortgage relief scheme promised that the money would go toward providing the homeowners with expert legal assistance, which the companies touted as having a near 100 percent success record. They also allegedly misrepresented they would cut homeowners' interest rates in half and reduce their monthly mortgage payments by hundreds of dollars, according to the FTC.

"In many instances, consumers paid hundreds or thousands of dollars only to learn that the defendants had not obtained the promised loan modifications, and in some cases had never even contacted the lenders," said in announcing its case almost two years ago. "As a result, many people incurred substantial interest charges and other penalties for paying the defendants instead of their mortgage payments, and some lost their homes to foreclosure."

Bank accounts, other assets confiscated: In order to help satisfy the Nevada federal court's $18.5 million judgment, the contents of numerous bank accounts also have been ordered to be turned over to the FTC.

Additionally, the court ordered that assets belonging to the defendants, including an office building, ski chalet in Park City, Utah, and two luxury vehicles also will be sold by the federal government.

These funds then can be used by the FTC to provide compensation to the homeowners affected by the mortgage relief scheme.

Finally, U.S. District Judge James C. Mahan's final order granting the FTC's motion for summary judgment also states that "the defendants will be permanently banned from the debt relief business and will be banned from misleading consumers about the terms of other financial services they may offer, as well as from making misleading claims in advertisements."

Legitimate mortgage and tax relief: Reworking a mortgage's terms so that the homeowners can keep the property is legal.

In some of these cases, the lender also agrees to write off, or forgive, a portion of the original loan amount to account for the new, much lower value of the property.

Tax law says that loan forgiveness, be it for a mortgage or consumer credit card, is considered to be income for the person who had his or her debt suddenly lessened.

If you're having a couple thousand in Visa or Mastercard debt forgiven, the tax bill might not be that big. Plus, you no longer have to worry about those payments, so for many it's an acceptable price to pay.

But when you're talking tens of thousands in a home loan, the tax bill can be daunting.

So in the wake of the bursting housing bubble and ensuing recession, Congress offered some tax relief for homeowners seeking ways to rework their mortgages so they could keep their houses.

The Mortgage Forgiveness Debt Relief Act was enacted on Dec. 20, 2007, allowing certain homeowners to avoid taxes on the portion of a mortgage that is partly or entirely forgiven when the lender restructures the loan or the property goes into foreclosure.

The law was designed to be temporary, providing short-term relief to help struggling homeowners (and the housing industry) recover during the economic downturn of the late 2000s.

But the provisions, part of the perpetually expiring tax breaks known as extenders, has been renewed repeatedly since their creation more than a dozen years ago. The latest extension was granted as part of the federal spending measure signed on Dec. 22, 2019.

Now the amount of a forgiven mortgage remains tax free through 2020.

If you do find yourself needing to restructure your home loan to avoid foreclosure, make sure you find reputable help in setting up your new mortgage.

Your best bet generally is to start with the lender that currently owns our loan.

If, however, that route isn't feasible and you are contacted by a company or person offering to help you save your home by restructuring your loan, check them out thoroughly. The FTC has additional information on mortgage relief scams and how to avoid them.