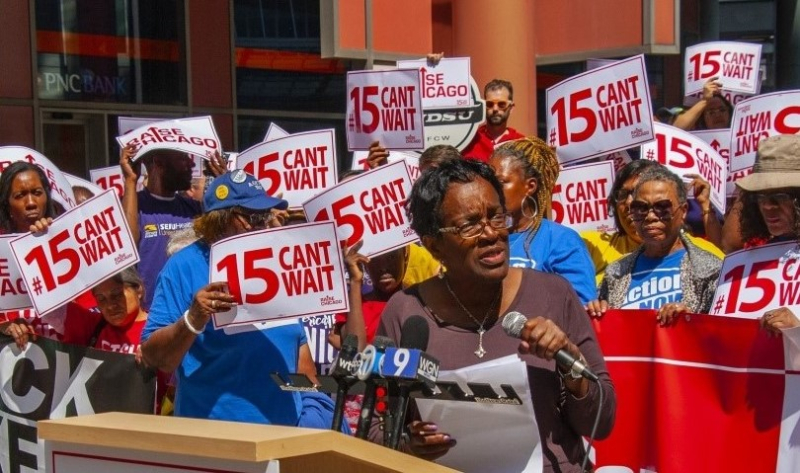 New tax laws aren't the only ones that went into effect on New Year's Day across the United States.

A record number of states, cities and counties have or will boost their minimum wages in 2020.

On or around this Jan. 1st, the minimum wage increased in 21 states. Another 26 cities and counties also hiked their baseline pay at the start of this year. In the coming months, an additional four states and 23 cities and counties will hike their minimum wages, according to the National Employment Law Project (NELP), a worker rights group.

"This is the greatest number of states and localities ever to raise their wage floors, both in January and for the year as a whole," said Yannet Lathrop, policy analyst at NELP, in a blog post about the increases.

It's also why the NELP report and the CBS News coverage of it, which includes the map below (click over to the CBS site where the map is interactive), earn this weekend's first joint Saturday Shout Out of 2020. 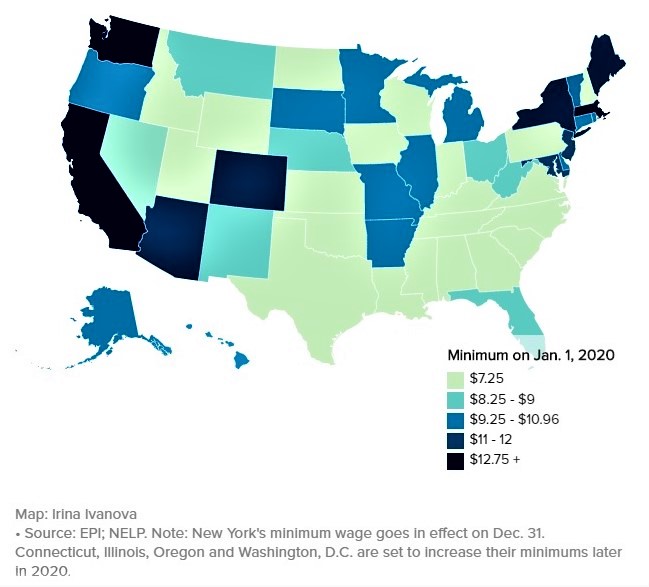 Taxes on all income: A bit of a raise not only will help minimum wage workers, but also the U.S. Treasury.

True, these workers likely will remain in, at best, the two lowest tax rates, 10 percent and 12 percent.

But as all of us, regardless of our earnings level, know, Uncle Sam generally gets a cut.

The good news is that our tax system is progressive. So even though a salary boost gives us more taxable income and might even push us into a higher tax bracket, all our money isn't taxed at the highest rate that our last dollar reaches.

In 2020, we still have seven tax rates with corresponding income brackets.

That means the first chunk of our earnings is taxed at 10 percent. This year that's up to $9,875 for single taxpayers (both unmarried and married filing separately); up to $14,100 for heads of households; and up to $19,750 for married couples filing jointly.

The next tax rate, 12 percent, applies to earnings of:

For our purposes, let's got up one more bracket. The 22 percent tax rate applies to earnings of:

This process continues for the rest of the income brackets for the remaining tax rates (24, 32, 35 and 37 percents).

How progressive tax rates pay off: So let's say you, a single worker, got a raise of $3,000 that pushed your annual earnings to $42,000. You've now gone from a top 12 percent tax bracket to the 22 percent bracket.

Sounds costly, right? Not as much as you might fear.

Thanks to our progressive taxation method, you don't have to pay 22 percent taxes on all of your earnings. Only on the amount that falls within that bracket.

Your new overall tax bill, for this illustration purposes only example, therefore is $5,030.

Other ways to reduce taxable income: And, of course, this example doesn't take into account all the ways you can lower your amount that's taxed.

You might be eligible for some above-the-line deductions (technically adjustments) to your gross $42,000 that could get that amount to a lower adjusted gross income.

From there, you get to take deductions, probably the standard amount that's $12,400 this year for your filing status instead of itemizing.

Another simple example here shows that with just the standard deduction alone, you get that $42,000 down to $29,600. That puts you safely smack dab in the 12 percent tax bracket, meaning your tax bill would be:

Your total tax bill then comes to just — I know, you don't want to pay any tax; good luck with that. — $3,355 since Uncle Sam rounds up at the half dollar mark.

Enjoy your added taxable money: Yes, the progressive tax system does mean more calculations. That's why so many of us use tax software!

But it generally works to our advantage.

So enjoy that raise, be it a minimum wage increase or more thanks to your boss' recognition of your good work.