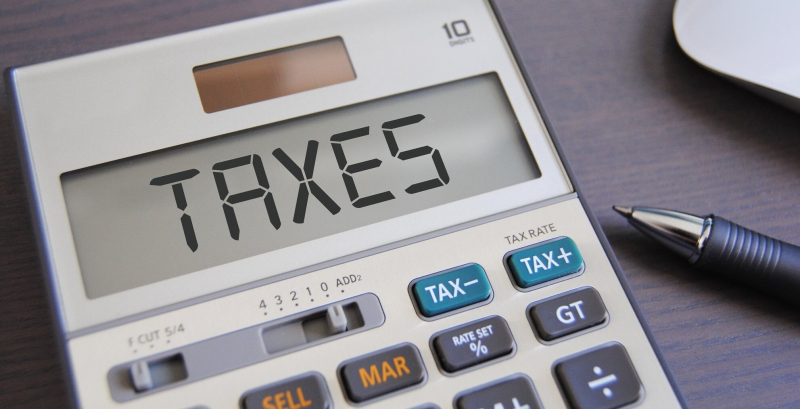 The year's first obvious and, for some, painful acknowledgement of taxes is next week. Jan. 15 is the due date for the final estimated tax payment for the 2019 tax year.

That upcoming deadline day is this weekend's By the Numbers figure.

Generally, if you expect you'll owe more than $1,000 in taxes, then you must pay estimated taxes throughout the year.

If you've been paying estimated taxes for a while, you already know that these payments cover earnings that aren't subject to withholding. This includes things like investment earnings that pay out periodically during the year (usually the most at the end of the year), as well as freelance or contract work you do.

Estimated taxes are getting even more attention in this age of the side hustle. In order to ensure that people know that they owe on this type of income, the Internal Revenue Service to create a gig economy tax center webpage at IRS.gov.

And while they're referred to as quarterly payments, the IRS' calendar doesn't exactly jibe with the one we all use, as the table below shows:

As with other IRS deadlines, the tax agency gives you more time when the due date falls on a weekend or federal holiday. In those cases, your quarterly estimated payment is due — or must be postmarked if you're still snail mailing it — the next business day.

Annualizing your estimated payments: You can get around making equal estimated tax installments by opting for the annualized income payment method.

Here, instead of making a good estimate of your income that doesn’t have taxes withheld and dividing by four, you pay estimated tax for each period based on an estimate of income and deductions for that time frame.

It takes more work and record keeping. Plus, you'll have to show your estimated tax work to the IRS by filing Form 2210, officially titled Underpayment of Estimated Tax by Individuals, Estates, and Trusts, with your annual federal income tax return.

But folks with uneven earnings, such as landscapers who get more of their jobs during the spring and summer, might light since you won't have to come up with taxes, for example, in January when you've had very few paying clients for the previous four months.

Regardless of which method you use, sending in four equal payments with a 1040-ES voucher (or paying electronically, no form needed) or getting precise about your earnings and estimated tax due for each period, you still have to meet the deadlines.

Pay-as-you-go is paramount: You also need to make good estimates of your taxes due.

The penalty still applies even if you ended up paying your full estimated tax amount by making up the one quarter's shortage by paying more in another quarter.

In fact, the IRS can (and probably will) assess you a penalty if you made too little or late estimated tax payments even if you end up with a refund when you file your tax return.

The reason? Because our tax system is pay-as-you-go. It's how the federal government at least tries to restock its bank balance during the year.

When you get wages, your boss takes care of this by withholding taxes from each of your paychecks.

Estimated taxes essentially are the independent worker's version of paying your taxes as you earn your money. Fail to do so and the IRS will assess a penalty.

Estimated payment safe harbors: You can escape the penalty a couple of ways.

First, pay at least 90 percent of your eventual tax bill. This takes some pretty good math as well as predictive skills.

If you're not that confident about either, you might want to go with the second way to avoid an estimate tax underpayment penalty. Here you pay estimated taxes for this tax year that are at least 100 percent your prior year's tax liability.

Note the word liability. This isn't just what you owed when you did your taxes last year.

That owed amount probably was less that your full tax liability since you likely (or should have) paid some tax during the year. You got to the owed amount by subtracting those payments from your liability.

Your tax liability is on line 15 of your 2018 return, the line that says "Total tax. Add lines 13 and 14" This is the amount you want to hit 100 percent to avoid an estimated tax penalty this year.

Be careful if you made a lot of money. In this case, your percentage payment safe harbor is higher.

When adjusted gross income on the prior-year return is more than $150,000, you must pay 110 percent of that year's tax liability or face a possible penalty.

Don't miss the due date: OK, you've just realized that you miscalculated the amount you should have been paying during the three earlier estimated tax quarters and you're probably going to get hit with a penalty.

Your tax professional and in some cases your tax software can run the numbers and let you know what the damage will be.

Depending on when you got your income that didn't have tax withheld, filing Form 2210 might help ease how much more you'll have to pay.

And while the news might not be good, you definitely don't want to make it worse by missing this upcoming final payment.

Then come up with a more accurate estimated tax plan for 2020.

The IRS' new withholding estimator takes into account gig and other earnings that aren't subject to withholding.

Use it so that that for the 2020 tax year you don't have to pay Uncle Sam a penny more than he's due on April 15 or the other three 1040-ES deadline days.