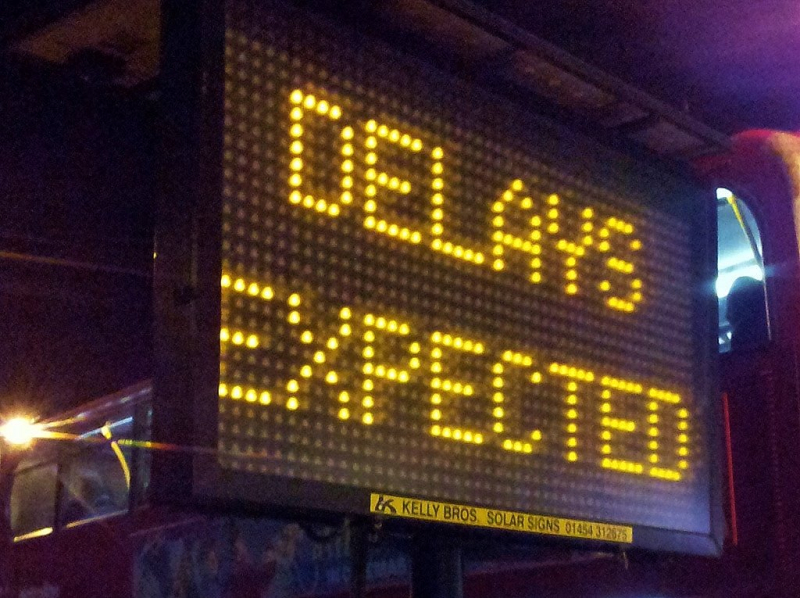 The second filing season under the Tax Cuts and Jobs Act (TCJA) is about to start. This one will be easier, right?

At least this year, we and the Internal Revenue Service aren't dealing with the longest federal government shutdown in history.

Plus, folks got a good look with their filings last year at how the massive Republican tax reform law affects them, although some areas are still a bit fuzzy.

And of course, everyone adjusted their payroll withholding so there won't be a replay of 2019's reduced/no-tax-refund drama. Yeah, I'm rolling my eyes at that statement, too.

Still, it should be an easier tax filing for 2020.

Or not, at least from Acting National Taxpayer Advocate Bridget Roberts' point of view.

Roberts, in her first required Taxpayer Advocate report to Congress issued earlier this month, points out that the IRS was late in sending legitimate refunds to many taxpayers.

Given the IRS' continued focus on false filings and refund fraud, delayed refunds are likely again in 2020.

Fraud filters need fixing: The biggest problem, according to the 380 page report, is that the IRS' anti-fraud filters are too tough.

They "unnecessarily flag [taxpayer] returns and delay their refunds for weeks or months," according to Roberts.

She cited in her report one of the new refund fraud filters put into place in 2019. It held up the processing of nearly 1.1 million returns.

About a quarter of those filings took more than 40 days to be processed, notes the report.

In the end, more than half the refunds were found to be legitimate and paid.

Frustration and financial fallout: But while waiting for the refunds, many of those erroneously flagged taxpayers ran into financial troubles.

Many of those who had planned on the tax money and then endured unexpected waits turned to the Taxpayer Advocate Service for help, increasing that agency's workload.

And the filer frustration was made worse, noted Roberts, by uncertainty as to what was happening with their refunds.

Taxpayers whose refunds are held as part of the refund fraud program don't receive the same periodic update notices, says the report. Plus, she added, when taxpayers do receive a letter, it does not always provide guidance as to what they can do to expedite the process.

Given that overall acknowledgement and the continued efforts by the IRS to stop tax identity theft and related fake returns and refunds, a substantial number of filers this year are likely to experience fraud-related delays similar to those of 2019.

10 top taxpayer troubles: Refund delays are just one of several customer service issues the tax agency struggles with, wrote Roberts, as it aims to "[p]rovide America's taxpayers top quality service by helping them understand and meet their tax responsibilities and enforce the law with integrity and fairness to all."

Overall, according to the report, the IRS is among the "lowest performing federal agencies" when it comes to customer service. Last fiscal year, the report found that the tax agency answered only 29 percent of 100 million telephone calls from taxpayers.

Those service factors dominate the Taxpayer Advocate's latest list of the 10 most serious problems encountered by taxpayers. They are:

Those 10 top taxpayer problems also are this week's By the Numbers figure.

Not just the IRS' fault: Of course, the blame for these taxpayer service shortfalls doesn't fall solely on the IRS.

When it comes to last year's refund delays, the Taxpayer Advocate's report notes that in some instances the Social Security Administration (SSA) was slow in transmitting to the IRS the paper Form W-2 information, which the tax agency uses to verify return information.

And then there's Capitol Hill.

Much of the IRS' customer service trouble is caused by the insufficient IRS budget (see #3 above) and the agency's recent decline in staffing (related to #3). Both dramatically affect how and how well the tax agency does its job.

IRS funding has dropped 20 percent since 2010. Its employee count has dropped by 22 percent, with another third of workers set to retire in the next five years.

Tax handbook for Congress: Members of Congress, who ultimately decide just how much money the IRS gets, need to actually read the National Taxpayer Advocate's report and the accompanying 2020 Purple Book.

This second publication provides lawmakers with a concise summary of 58 legislative recommendations that Roberts believes will strengthen taxpayer rights and improve tax administration. Most of the recommendations were made in detail in prior reports but others are presented in this book for the first time.

Roberts believes that most of the recommendations presented in the Purple Book are non-controversial, common sense reforms that the tax-writing committees and other members of the House and Senate Congress may find useful.

In general, it's a good tax primer that could help Representatives and Senators realize that they, too, are an integral component of taxpayer service beyond just writing and rewriting tax laws.

I am a NYS resident and (also) had my taxes electronically submitted by H & R Block on Feb. 10th. IRS confirmed receipt & acceptance on the 11th. A refund of $8000 + is expected. NYS deposited my refund in record time = 3 weeks. Normally IRS processes my taxes and direct deposits my refund within 3 weeks as well. Not this year. On March 23rd, I received a letter stating that a 1099 form was missing. (it wasn't, or NYS would not have issued a refund) However I completed the enclosed IRS form, included a copy of the 1099 form and mailed it. ( * the fax number of the IRS Processing Dept. - in Kansas City MO, mind you, did not work. It still doesn't) I mailed the required info FOUR TIMES.
I have gotten no help whatsoever from IRS agents - who only became available on May 28th. And the Tax Advocacy Services did nothing either. I realize the Covid 19 has impacted everyone & everything. However I am a senior citizen, on a VERY limited income and IRA is holding $8000 of my money hostage. I am struggling. And there is NO RECOURSE for those of us in this situation. Its just horrific for me and even for the IRS employees as well.

I MAILED MY TAX REFUND FORMS ON FEB 11, 2020 TO OGDEN, UTAH, , I CAN'T GET ANYONE TO ANSWER MY QUESTIONS, WHERE IS MY REFUND , RECORDED MESSAGES, NO ANSWERS, CAN YOU HELP ME? NO WOULD ELSE WOULD TAKE TIME TO DO SO.