The Tax Cuts and Jobs Act (TCJA) this month will mark its 2nd birthday. After two full years of dealing with its provisions, the most tax code changes in 30-plus years, there's still debate over how much it's helped both taxpayers and the economy.

One thing is clear, however. The TCJA's focus on lowering tax rates for big business has transformed the United States' global tax ranking.

Since the TCJA took effect, the U.S. of A. has gone from a high-tax nation to one of the lowest-taxed countries in the world, according to the latest global tax report from the Organization for Economic Cooperation and Development. (OECD).

The Paris-based organization has 36 member countries. The average tax rate across them in 2018 — sans Australia and Japan which didn't their most up-to-date data to the group in time — was 34.3 percent of gross domestic product (GDP).

Last year's rate was just a fractional tick higher than 2017's of virtually unchanged since the 34.2 percent.

U.S. joins lowest taxed group: The United States came in well below that average. Its tax rate last year was 24.3 percent of GDP, among the lowest for major global economies in 2018. 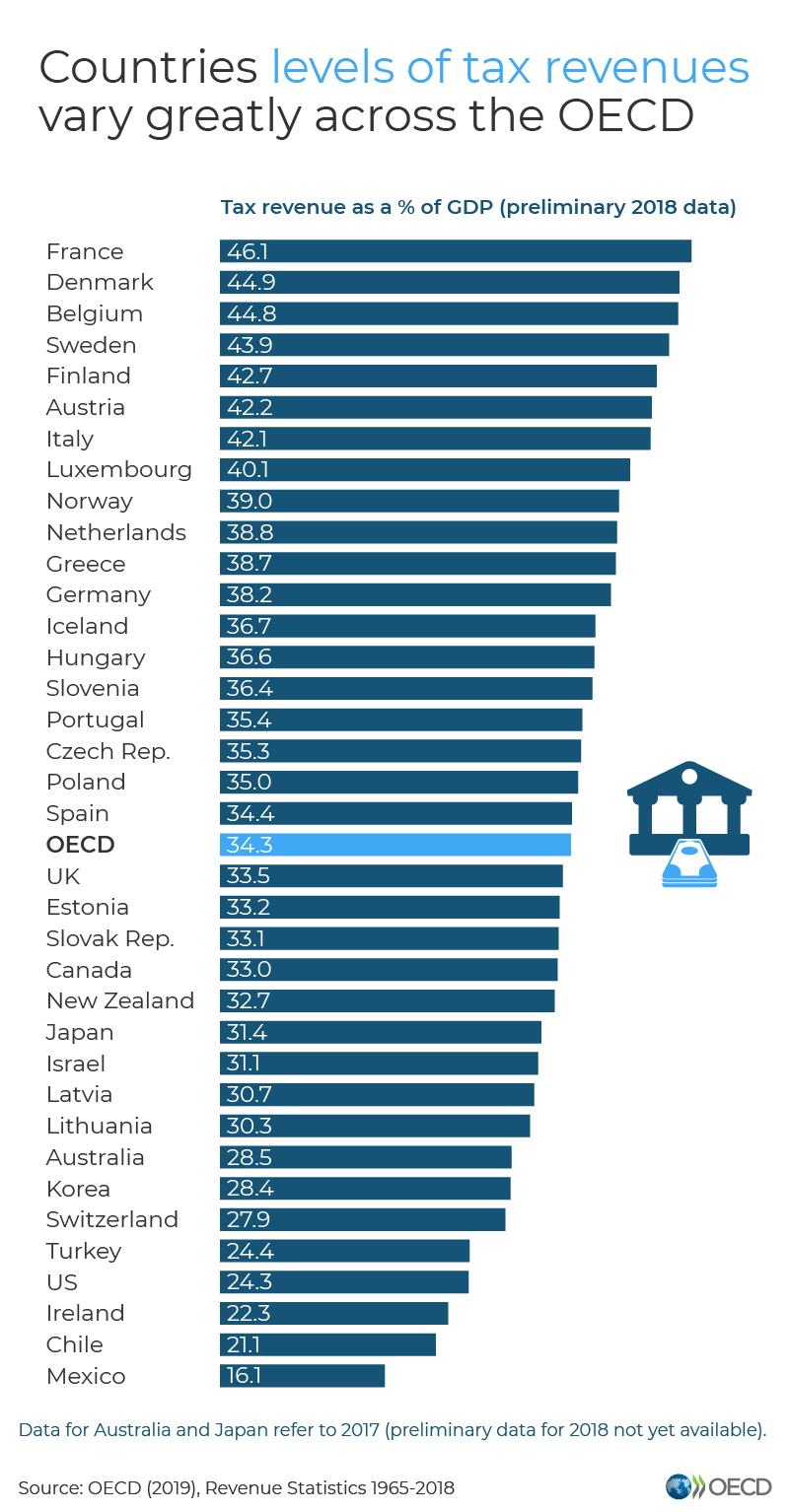 "Major reforms to personal and corporate taxes in the United States prompted a significant drop in tax revenues, which fell from 26.8% of GDP in 2017 to 24.3% in 2018," noted the OECD noted in its statement accompanying the report.

At the other end of the tax scale, 19 OECD countries last year encountered increased tax-to-GDP ratios. Korea's 1.5 percentage point bump led that group, with Luxembourg next with a 1.3 percentage point increase.

Overall in 2018, the OECD found four countries with tax-to-GDP ratios above 43 percent. They were France, Denmark, Belgium and Sweden.

Taxes for social services drop: In contrast, the OECD says the share of social security contributions in total tax revenues continued a slow, but steady decline that's been happening for years.