More offices are having holiday parties this year. Even better, the seasonal soirees — and small gifts for workers — could be tax free. 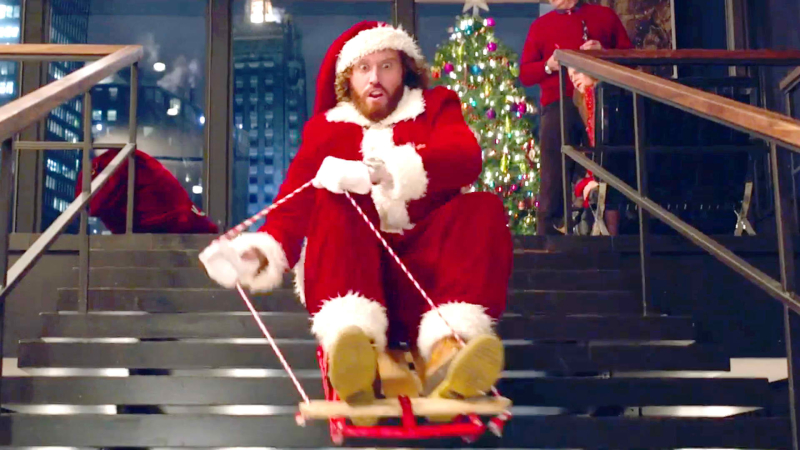 Most holiday office parties aren't as raucous as the one portrayed in the R-rated 2016 movie "Office Christmas Party." That's probably good for bosses, workers and the tax collector trying to make sense of the deduction claims. (Screenshot of YouTube trailer)

Offices are much more jolly this holiday season. More than three-quarters of businesses are planning parties this December.

That 76 percent of companies throwing seasonal soirees is up more than 10 percent over 2018 count of office holiday parties. The festivities are the most since 2016, according to the annual holiday party plans survey by Challenger, Gray & Christmas, Inc.

It's a nice present for folks who've in recent years haven't had much to celebrate at work.

Nearly 7 percent of this year's parties are in workplaces where one wasn't thrown the previous year or, in some cases, years.

Not sold on economy, but partying anyway: Conventional wisdom is that firms hold holiday office parties to celebrate not only the season, but also the businesses' economic successes and outlooks.

But that's not necessarily the case in 2019.

In fact, slightly fewer than 40 percent of participants in the Challenger survey said the 2019 economy had improved over the last year, a dramatic drop from 2018's view by more than 63 percent that the business outlook was better back then.

"While several indicators suggest companies may be concerned about the economy in the coming year, that concern does not appear to extend to the company holiday party," said Andrew Challenger, vice president of Challenger, Gray & Christmas, Inc.

So the parties are on, with nearly 47 percent of companies not only feting their workers, but also inviting employees' families and spouses to the event.

Office party tax deductibilty rules: That inclusivity is a good thing, not only for office morale, but also for the boss' tax deduction options.

However, it left in place certain business-related recreational activities, including office parties, during the holidays or other times of the year.

These workplace events provide a tax break for the hosting business and don't count as a taxable payment to workers as long as the event is primarily for the benefit of rank-and-file workers, known in tax parlance as non-highly-compensated employees. (Don't you feel special now?)

The party's tax value, however, is a bit trickier when other folks also attend.

If the holiday party guest list includes nonemployees, such as a business owner's friends, customers, independent contractors, vendors or business associates, then the write-off is cut to only 50 percent of the costs for the others who attend.

Also consider keeping the event in-house. Events held at the worksites are less likely to create tax risks than offsite events, especially if the latter are held at locations or venues that might be considered lavish.

Some employee gifts are tax-free, too: Some employers decide not to throw a party, but instead reward workers with a holiday gift.

That's still OK under the TCJA as long as it's not an extreme present. The IRS excludes from taxes de minimis, Latin for "a trivial cost," gifts.

Generally, this is stuff that is small and inexpensive enough that it would be "unreasonable or administratively impracticable" to expect the company to account for it as employee compensation.

The de minimis consideration during the year typically applies to meals or meal money when given when staff must work overtime. During the holidays, thought, this tax rule comes into pay when employers offer their workers small gifts.

Typically, the cutoff for de minimis gifts is around $25.

Note, however, the designation gift. Cash cannot be a de minimis gift, nor can cash equivalents such as gift cards. Those always count as compensation.

Among those things that the IRS says are acceptable, tax-free de minimis gifts are small foodstuffs, such as fruit baskets, hams, turkeys and wine, as well as flowers and that goofy holiday mug your boss handed out to staffers. 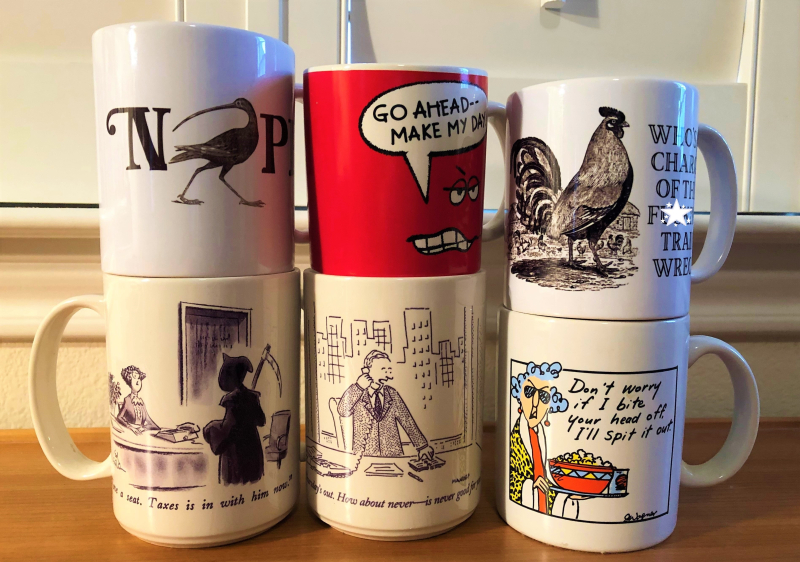 A few of my coffee mugs.

Regardless of how your office celebrates the season, enjoy! Just make sure you follow good office party etiquette.

And remember, if you leave the Christmas coffee cup from your boss at the office, be sure to Sharpie your name on it since everyone got the same.