IRS' holiday 'card' to some tax pros? A warning letter about bad EITC (and other) claims 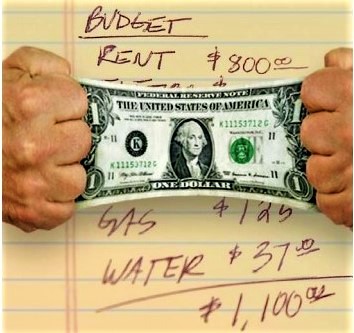 December is, for the most part, a festive month. The holidays and all that accompanies them, from songs to movies to the joy of youngsters and young at heart, bring out the best in most of us.

But things aren't quite so bright and jolly for everyone.

Despite an economic recovery that's lifted people out of poverty in most areas of the country, poverty increased in at least one county in every state between 2016 and 2018.

The poverty rate — defined as the percentage of people in households earning less than the current $25,750 threshold for a family of four — grew in 30 percent of U.S. counties during that time period, according to a recent article in Stateline, an initiative of The Pew Charitable Trusts.

Tax help and tax trouble: As the Pew Stateline analysis indicates, many folks across the country are looking for help, not only during December or for the holidays, but year-round.

Uncle Sam is standing ready to do his part via the Internal Revenue Code.

Parents in particular get a variety of child-related tax breaks. Tax help also is available to a lesser degree to filers without dependent families, as in the case of Earned Income Tax Credit claims.

Unfortunately, some of the tax breaks designed to help those struggling to make ends meet also are sometimes misused.

Some claims simply are mistakenly filed, in large part because the tax provisions are complex and confusing. Other times, the tax help claims are, at best, imprecisely filed. And in some cases, they are downright fraudulent filings.

Those last two possibilities are why the Internal Revenue Service now is getting involved.

Where the IRS believes tax preparers may have played fast and loose with tax claim requirements, the agency is notifying suspected offending tax preparers about the professional dangers of such tax filing oversights.

EITC good, bad, debatable: The Earned Income Tax Credit (EITC) is one of those tax breaks.

It's also one of the more controversial.

The EITC first appeared in the tax code in 1975 as part of that year's Tax Reduction Act. It was an extension of President Lyndon B. Johnson's 1960s-era War on Poverty, creating a tax-favored way for lower-paid workers to offset the Social Security taxes that take a relatively big bite out of their smaller paychecks.

The amounts, both of earning levels that qualify for the EITC and the credits amount of relief are adjusted annually for inflation. In 2019, the maximum EITC ranged from $529 for single taxpayers to $6,557 for filers with larger families. Next year, those amounts are $538 and $6,660, respectively.

Supporters of the EITC say despite enhancements over the years, the credit still doesn't do enough for the working poor.

The IRS says that in 2019, around 25 million taxpayers nationwide received about $61 billion in EITC claims. But, adds the agency, every year millions more overlook this tax break, which as a credit offsets any tax liability dollar for dollar and even provides some with a tax refund.

Opponents say the EITC is abused, both by individuals who scheme to collect more than they should and disreputable tax preparers who take a portion of inflated or illegal refunds created by EITC claims.

Fighting EITC (and more) fraud: To guard against fraudulent EITC claims, the IRS has been required since 2017 to hold refunds until mid-February of taxpayers who claim it or the child tax credit. This gives the tax agency more time to ensure the filings are legitimate.

The IRS also demands that tax preparers adequately vet any of their clients who want to claim the EITC. The tax break is among those subject to mandated preparer due diligence requirements. Failure to follow the guidelines, laid out in the Form 8867 checklist, could result in preparer penalties.

Some tax preparers take their chances and ignore or gloss over the EITC checklist.

The IRS is responding to those lapses. It's sending those lackadaisical preparers warning letters.

Recipients of IRS Letter 5025 are informed that they are on the mailing list because the agency's "review of the [2018] returns you prepared shows you may not have met your due diligence requirements and may have prepared inaccurate returns for your clients."

In addition to going to tax preparers who filed EITC claims for clients, the IRS also is sending the same written communication to tax pros whom it believes were less than diligent in filing client claims for the:

Only a warning…for now: The good news for the preparers is that this is just a warning from Uncle Sam's tax enforcement and collection office.

"This letter is for your information only. You don't need to respond," writes Gwen M. Garren, director of IRS' Refundable Credits Program Management.

The bad news is that Garren and her colleagues will keep their eye on these tax pros.

"We'll continue to check future returns you prepare that claim these benefits to ensure you're meeting your due diligence requirements," she adds in the letter.

No need to panic: The letters shouldn't be a surprise. Part of the IRS' job is to make sure we all, taxpayers and tax professionals alike, follow the law.

That said, don't let such oversight scare you off when it comes to tax breaks. Claim every single one for which you're legally eligible.

Just keep the key word "legally" in mind, whether you're filing the EITC or other tax break yourself or paying a tax pro to do it for you.

And if you are one of those tax preparers, take another — and closer — look at Form 8867. It'll save you and the IRS some time and frustration in the long run.

Kay, if a preparer fills out question #5 on the 8867 ("Did you satisfy the record retention requirement?") as "YES", is it a true statement they should also be sure to fill out the "List those documents, if any, that you relied on" sub-question as a mandatory part of their process? I suspect a portion of these IRS letters may be related to preparers missing this follow-up question and not listing their documents. Thoughts?