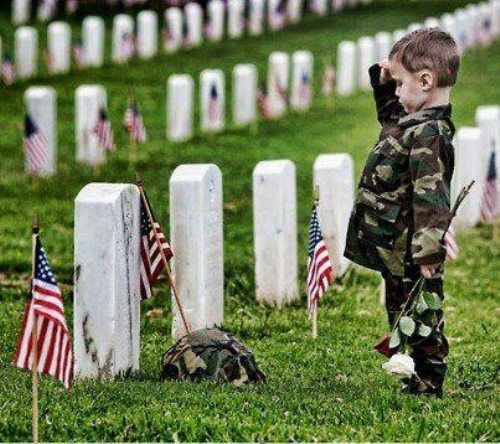 The Tax Cuts and Jobs Act (TCJA) is the first major tax reform enacted since 1986. And while it cuts tax rates for most, one of its provisions has caused some military heroes' families to face higher tax bills.

That's about to change.

The fiscal year 2020 National Defense Authorization Act (NDAA), approved today by the House, repeals what is known as the widow's tax. The Senate is expected to soon OK the bill.

Once that happens, the new NDAA should in turn should resolve the kiddie tax issues that the TCJA caused for children of service members who died in the line of duty.

Eventually. More on this in a few.

First, a look at the problem the TCJA created.

TCJA kiddie tax complications: As with (too) many pieces of legislation, the TCJA contained unintended negative consequences. One adversely affected Gold Star families.

Under prior law, military survivor benefits that went to a fallen service member's child generally were taxed at the parent's rate.

The TCJA, however, treats the youngsters' benefit as if it were a trust or estate. This is costly because trust and estate rate brackets are compressed compared to the brackets for a single individual.

Before this latest tax reform, the youngsters' benefits were taxed at an average of 12-to-15 percent. After TCJA enactment, some military families discovered their survivor payments taxed at the law's top income tax rate of 37 percent.

The widow/kiddie tax connection: The kiddie tax is connected to the benefits the children's surviving parent gets.

The Survivor Benefit Plan (SBP) created in 1972 allows a military retiree or retirement-eligible service member to ensure a continuous lifetime annuity for their dependents. It is administered by the Department of Defense (DoD).

However, the Veterans Administration (VA) offsets the SBP money against its Dependency and Indemnity Compensation (DIC) benefit. This offset — essentially, each dollar from the VA reduces by a dollar a family's DoD benefits — is what is often referred to as a widow's tax.

To work around the widow's tax, some families designed the military member's surviving children as benefit recipients. This allowed them to get their full benefits.

That worked until the TCJA became law in late 2017.

The tax reform act's kiddie tax provision was created with trust funds for wealthy families in mind. However, it also snagged Gold Star families' survivor benefits, raising the taxes on unearned income for military children who had lost a parent in combat.

Bipartisan support for correction: The fix for Gold Star families is one of the few areas in the current Congress where both Republicans and Democrats agree.

An effort to roll back the higher taxes on military family survivors was included in the House-passed retirement bill. That measure, however, is languishing on the Senate side of Capitol Hill.

So lawmakers looked to the defense authorization bill as a vehicle to fix the problem. They rolled the Military Widow's Tax Elimination Act, sponsored by Sens. Doug Jones (D-Alabama) and Susan Collins (R-Maine), into the final annual defense bill.

The repeal of the widow's tax, however, is just the first step in obtaining full TCJA kiddie tax relief for Gold Star families.

As noted at the top of this post, it's a longer walk to get to the total kiddie tax fix.

That would eventually clear up the TCJA kiddie tax issues that children of service members who died in the line of duty are facing.

In 2023, there will no longer be a tax reason to separate the recipients of the SBP and DIC payments. And that will mean no more military youngsters' payments that are subject to the kiddie tax.

Refunds on the way? The next goal for Gold Star families is payback of the higher taxes they have paid.

That would require Congress to pass a law allowing the affected military families to file for refunds of the extra TCJA kiddie taxes.

Since time is running out this year, look for any additional kiddie tax fix, as well as possible changes that also would help survivors of first responders and low-income college scholarship recipients, to come in 2020.