Final tax tasks for the final few days of 2019 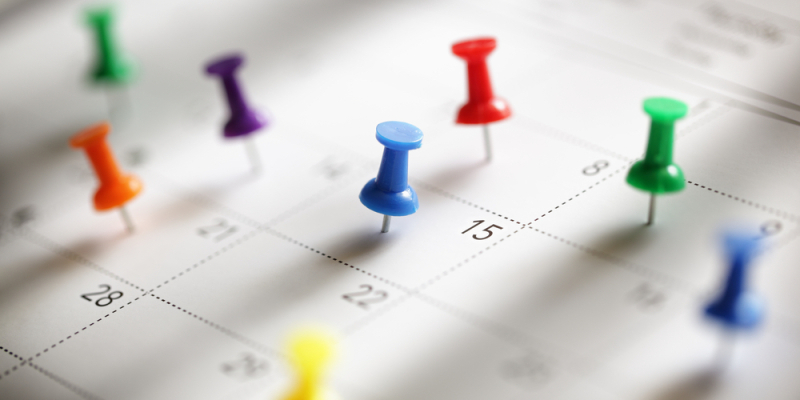 I don't know who came up with all these holidays in quick succession at the end of each year, but that person needs to be fired.

We, and by we I mean U.S. residents since Canadians are smarter about Thanksgiving's timing, have a lot of special days in the last calendar quarter.

Holiday avalanche: It starts in mid-October with Columbus Day, still one of 10 federal holidays recognized by Uncle Sam, although many areas now celebrate that Monday as Indigenous Peoples' Day.

At the end of the month, we have Halloween and, depending on your heritage or geography, Dia de los Muertos celebrations.

We go from there to a more solemn commemoration, Veterans Day, which began as Armistice day to mark the end of World War I fighting on Europe's Western Front at precisely 11 a.m. on Nov. 11, 1918.

Then come the biggies, Thanksgiving followed by the frenetic December holiday season. Some folks are still unwrapping (or rewrapping to return) Christmas gifts by the time New Year's Eve and Day arrive!

Running out of tax move time: Time to take a breath, right? Wrong!

If you want to make some tax moves that will affect your year's filing, you've got to make most of them by Dec. 31.

I know. I've been nagging reminding readers of the ol' blog about potential tax-saving moves to make since early November.

Then again as December arrived. And again with some business tax tips the next week and a few more individual tax moves in mid-December.

All those earlier pieces of year-end tax move advice are the featured final official Weekly Tax Tip of 2019, highlighted there at the top of the right column.

4 final tax tips (maybe): This time it's 4 last-minute tax-saving strategies for owners of crypto currencies. The suggested tax tasks are from Forbes contributor Shehan Chandrasekera and are this week's Saturday Shout Out, also the last one for 2019.

These crypto tax actions also apply to other, more traditional investments, which is what the Internal Revenue Service considers bitcoin and other virtual currencies.

And they're the last tax moves to make now nag reminder you'll get from me. Maybe. No promises!

As noted, none of us has much time for all that's left on our year-end must complete lists. But if you can find a spare moment, check out these various tax moves.

They could make a positive difference when you file your 2019 tax return next year.

And that's really something to celebrate!

Tax time sing along: Mick, Keith and the other (much younger) Rolling Stones reinforce this temporal tax message over at my tumblr blog Tumbling Taxes.