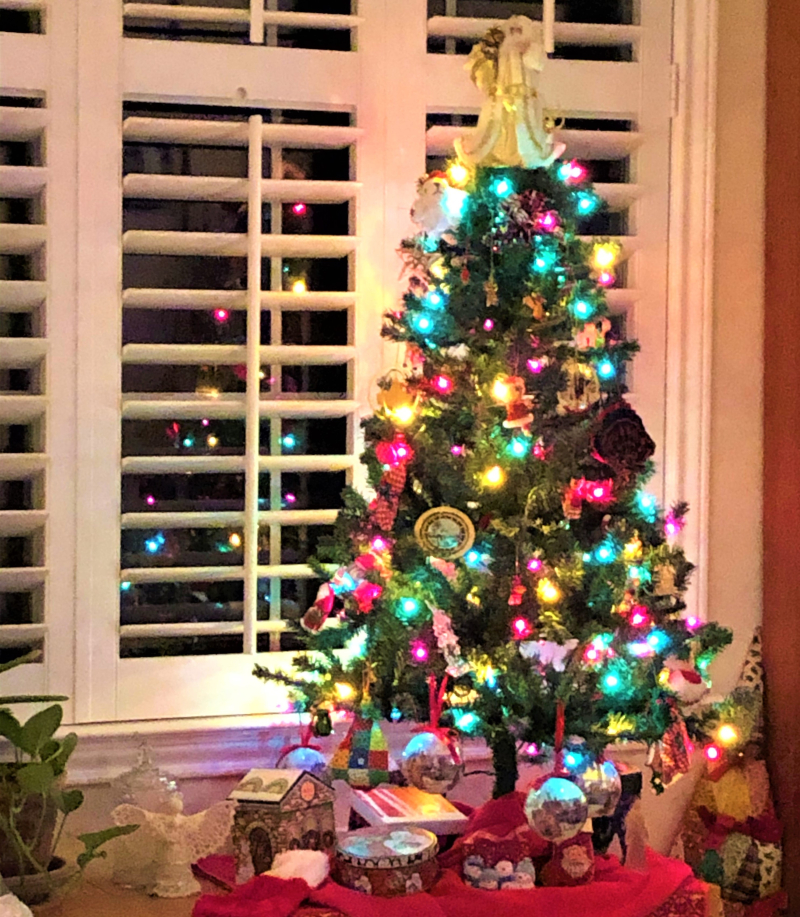 Congress just came up with more tax breaks to wind down 2019 than the number of ornaments we have on our upstairs' mini Christmas tree! (Photo by Kay Bell)

Congress finally decorated its Christmas tree early this morning. The ornaments were myriad tax breaks. Or, in some cases, elimination of taxes.

With Dec. 25 bearing down and special interest groups sending more requests to Capitol Hill than kiddos' letters to Santa, the House and Senate negotiators finally agreed on, among other things, what to do about those expired tax provisions popularly known as extenders.

They OK'ed a handful of them and plan to tack them onto government fiscal year funding legislation that must become law by Friday, Dec. 20, to avert shutdown of federal offices.

Extended tax gifts for individuals: Yep, Representatives and Senators operate most Decembers just like you and me doing our holiday shopping. 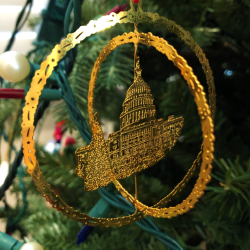 We have the wish lists from all our loved ones — in Congress' case, they're "I want" requests from constituents and lobbyists — but we don't pick up the present — or enact the law authorizing the tax breaks — until the last minute.

Among the gifts to individual taxpayers is renewal of a handful of popular tax breaks that technically had expired.

Around two dozen of these tax breaks ended with the 2017 tax year. A few were renewed retroactively just for the 2018 tax year and then evaporated again.

Now they have another new life, retroactively for the 2019 tax year and through the 2020 tax year.

The resurrected, at least temporarily, Internal Revenue Code provisions include:

That certainty is welcome by those who can benefit from these tax breaks, both from filing and planning perspectives.

If any of these provisions apply, you can file your 2019 return on time next year. There's now no need to extend filing in the hopes the provisions will be renewed.

As for planning, with the extension through the coming New Tax Year, you also can evaluate your 2020 tax moves with more confidence. 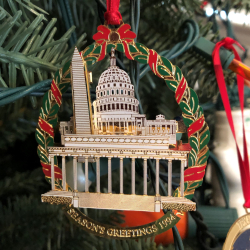 Retirement changes included: The massive spending measure — both in size (1,773 pages without the add-on tax provisions) and cost ($1.4 trillion over 10 years) — also makes substantive changes to retirement provisions, many of which will affect our taxes.

The Setting Every Community Up for Retirement Enhancement Act of 2019, or SECURE Act, was rolled into the funding bill. The House handily approved the retirement bill 417-3 in May, but had stalled (like most other measures sent over by Representatives) in the Senate.

Here are some key provisions that could affect you and me as we save for our post-work years.

Obviously, these provisions will variously and simultaneously delight and enrage affected individuals.

Also obviously, each of these provisions is worthy of a blog post on its own. Until I get around to unwrapping at least some them here on the ol' blog in the coming weeks, I suggest you check out a couple of Forbes' articles with more on the SECURE Act from staff writer Ashlea Ebeling and contributor Jamie Hopkins.

Toasting the bill: In addition to the individual extenders, the tax proposal also renews breaks for several industries. 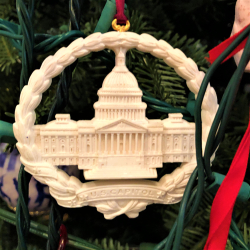 Among those literally toasting the late-night tax work are specialty brewers and distillers.

"We are thrilled that lawmakers included a one-year extension of the federal excise tax reduction for distillers in the year-end legislative package," Distilled Spirits Council President and CEO Chris Swonger said in a statement.

The Craft Beverage Modernization and Tax Reform Act's provisions were rolled into the Tax Cuts and Jobs Act (TCJA) back in December 2017. That reduced federal excise taxes for a range of producers, including brewers, winemakers, distillers and even importers.

But unlike other parts of TCJA that are permanent for big business, this potent potables tax break was temporary. Without the extension that is set to be part of the federal government measure, craft distillers and brewers across the country could have faced a tax increase up to 400 percent on Jan. 1, 2020.

Presents for other businesses, too: Other industries also thrilled with the Congressional tax gifts are

A cause near and dear to extender supporting Senate Finance Committee Chairman Charles Grassley (D-Iowa) and his corn-growing constituents made it into the measure — the $1 per gallon biodiesel blender's tax credit. It will be extended through 2022 and retroactively to when it expired beginning in 2018, a move welcomed by an industry that has seen 10 plants shut since the credit lapsed.

The credit began in 2005 as a way to help farmers and reduce petroleum imports by supporting biofuels, particularly biodiesel, a fuel made from cooking oil, soybean oil and animal fats. It costs nearly $2 billion per year, making it among the most expensive U.S. energy subsidy programs.

Added tax horsepower also is gifted to owners of racehorses and motorsports complexes.

The healthcare industry also was rewarded rewarded with the elimination of three Affordable Care Act, still popularly known as Obamacare, taxes that had been disliked by both Republicans and Democrats. The so-called Cadillac tax on health insurance benefits, an excise tax on medical devices and the Health Insurance Tax, an excise tax paid by, you guessed it, health insurance companies are axed under the measure.

And a TCJA provision that was bipartisanly disliked also is gone. The 21 percent unrelated business income tax (UBIT) on certain benefits churches and other nonprofits offer to their employees, such as parking benefits, will be repealed.

Congressional coal for others: In both personal and Congressional gift-giving situations, some folks don't get what they wanted. 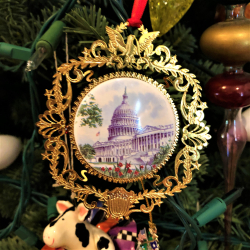 That's true with this Congressional package. Although it's huge, lawmakers couldn't find a way to include provisions that both Democrats and Republicans were hoping would be in the year-end legislation.

Democrats had wanted tax extenders to be paired with the expansion of tax credits benefiting low- and middle-income families. The also wanted expansion of several renewable energy tax credits.

Republicans had wanted to use the end-of-year effort to fix some errors in the hastily written 2017 tax reform law.

Both sides were disappointed.

And advocacy groups across the ideological and political spectrum who wanted Congress to let the expired extenders stay that way were upset. Their main complaint is with the cost of the bill and tax amendments.

Holiday legislative tree trimming: Such end-of-year legislation gets lots of attention because of its timing and also because, in large part, the bills usually are, well, large.

But the tactic is not new. The latest-until-now example is the previously-mentioned TCJA, which didn't become law until Dec. 17, 2017.

I lived in the D.C.-area for almost two decades, spending my working hours first in House and Senate offices, then as part of a government relations — OK, lobbyist — office in the National Capital. I saw and participated in this procrastination firsthand.

Since becoming a [semi]normal U.S. resident, I've blogged over the years about the tedious Congressional tradition of "decorating" an annual legislative Christmas tree.

This metaphorical holiday fir even has made it into official legislative glossaries.

Lexis Nexis says Christmas tree legislation is "Any bill 'adorned' like a Christmas tree with unrelated amendments. Generally occurs when the Senate takes up a relatively minor House-passed bill and 'trims' it with any number of non-germane amendments. Frequently occurs at the end of a Congress, but recently supplanted by omnibus reconciliation legislation."

The Senate glossary is more succinct, avoiding sugarcoating of who, per its definition's last sentence, tends to get the best gifts:

Christmas tree bill — Informal nomenclature for a bill on the Senate floor that attracts many, often unrelated, floor amendments. The amendments which adorn the bill may provide special benefits to various groups or interests.

Even in the few years when there is no last-minute, just-before-holiday-recess scramble, I still think about the process, thanks to the Congressional ornaments — those are pictures of some of them scattered throughout this post — that are on our own Christmas tree. 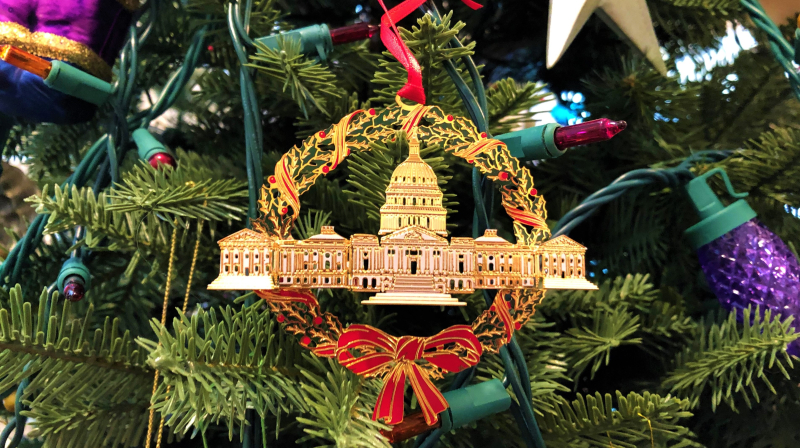 When we take down the holiday paraphernalia in early (maybe) January, I and other taxpayers still will have this year's Congressional trimmings to provide tax cheer through 2020.