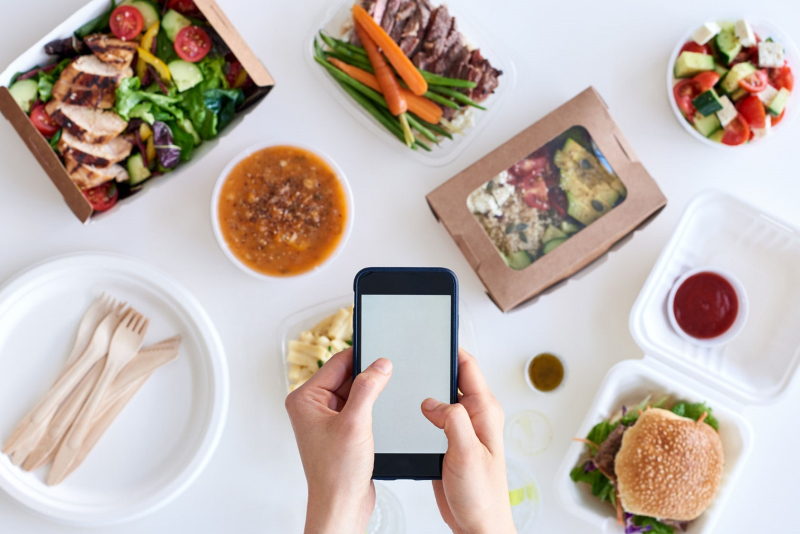 Some food delivery apps apparently are shorting states when it comes to sales tax on the delivery fees.

The kickoff remains Black Friday, the day after Thanksgiving, as many shoppers remain committed to post-Turkey Day sales. Early data from Adobe Analytics shows in-store sales were up 4 percent from last year.

But consumer patterns are changing. The store of choice for more and more of us is the internet, which is open 24/7 365 days a year.

Online Black Friday sales were up early in the day by more than 19 percent from the prior year, according to Adobe. Shopping on Thanksgiving Day increased 14.5 percent from 2018, breaking the $4 billion sales mark online for the first time.

And Cyber Monday 2019 is expected to add to that trend. Dec. 2 is projected by Adobe to be the first $9.4 billion day in e-commerce history.

Sales benefit state tax collections: That's good not only for shoppers who enjoy the ease of online purchasing and the e-stores they frequent, but also state treasuries.

Most of them will benefit this year from added sales taxes now being collected on remote purchases thanks to the Supreme Court's 2018 ruling in South Dakota v. Wayfair. It allows states to collect to get sales tax from sellers who don't have a physical presence in their states.

Maybe the increasing holiday sales taxes will help make up for some other sales tax money that's falling through the cracks.

Shirin Ghaffary, the Vox Recode reporter who detailed the issue in a story for the website, notes:

"The sales taxes in question are on fees that can amount to as much as a third of the total price of food orders — or at least $120 million per year of taxable dollars on the sales of major food delivery companies in California and New York alone, based on Recode's calculations on an estimated market size from research firm Forrester. If you account for all of the US, that could amount to hundreds of millions of dollars per year."

Hundreds of millions of dollars per year.

That's a big deal in for the 45 states that levy a statewide sales tax. Thirty-eight of them also allow localities to collect separate sales taxes. And many of these jurisdictions tend to rely heavily on sales tax revenue.

Increased regulation trigger: Plus, it's not just the food delivery services that could be in trouble.

Ghaffary notes that the lax tax practices also could be a liability for the restaurants whose food they deliver.

"Both the apps and the restaurants could later be on the hook for paying taxes that apps aren't currently collecting," she writes. "It's another example of how existing laws haven't yet adapted to the gig economy — and in the meantime, these tech companies are taking advantage of the loopholes."

The lost tax dollars and potentially widespread noncollection could make Ghaffary's observation come true: "It could be the latest business practice in the gig economy to raise regulatory questions."

The uncollected sales tax story also earns this weekend's Saturday Shout Out. Check it out.

It could affect your appetite the next time you're considering getting your dinner delivered by one of these companies.