Tax penalties in 2020 bumped up by inflation

Welcome to Part 9 of the ol' blog's 2020 series on tax inflation adjustments.
We started on Nov. 6 with a look at next year's income tax brackets and rates.
Today we look at how much tax penalties could cost you
or your tax preparer next year.
Note: The 2020 figures in this post apply to 2020 returns to be filed in 2021.
For comparison purposes, you'll also find 2019 amounts to be used
in filing 2019 returns due April 15, 2020. 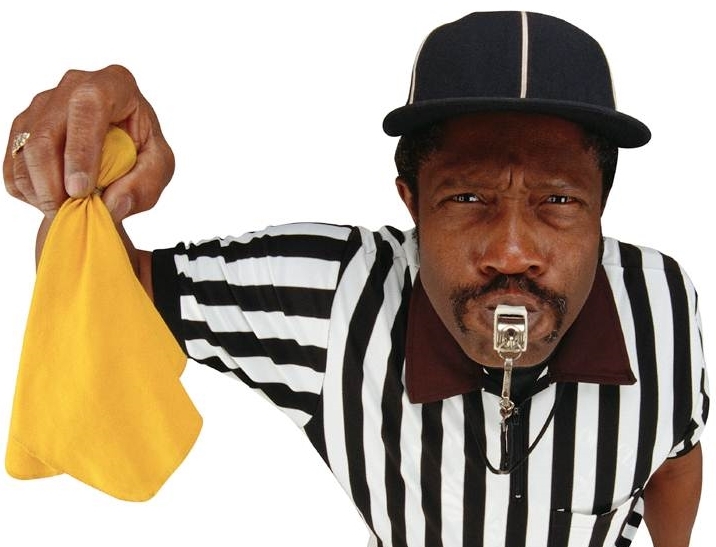 IRS agents don't throw flags like football referees, but the tax agency isn't afraid to blow the whistle on and assess penalty charges on taxpayers and tax professionals that it deems have violated tax rules and laws.

To err is human. To err when it comes to your taxes also can be costly.

Penalties have long been part of the Internal Revenue Service role to get us taxpayers — and tax professionals — to comply. After all, no one wants to pay Uncle Sam more than absolutely necessary.

Some tax penalties are set by law. Others are adjusted each year because of inflation.

Here's a look at these potential added costs that we taxpayers and tax pros alike could face in 2020 if we don't meet tax deadlines or fail to provide adequate services to customers.

More punishment for not filing on time: Since 2015, the IRS has been relying on some bigger fees for tax tardiness. Usually, we see these penalties increase in connection with inflation (hence this post as part of the ol' blog's annual inflation series).

In other cases, however, lawmakers on Capitol Hill decide the cost of not complying needs more than an incremental inflationary nudge.

That's the case with the penalty change for failing to file a tax return.

The Taxpayer First Act of 2019 has many provisions to make our tax lives better. Back in June, I looked at 9 ways it will help taxpayers.

But the new IRS reform bill also increases the penalty for failure to file a tax return within 60 days of that return's due date, including extensions of time for filing.

Under the new law, returns required to be filed in 2020 and which are not filed on time will be subject to an additional tax of the lesser of $330 or 100 percent of the tax due on the returns.

That's a substantial increase from $210 late-filing penalty that was assessed this year on late 2018 filings. And it also dwarfs the inflation adjusted $215 penalty you'll face if you fail to file your 2019 tax return late (including extension time) in 2020.

The new $330 failure to file penalty, like its penalty companions, subsequently will be adjusted for inflation.

OK, I know your head might be spinning right now with all these tax years and penalty charges. The IRS gets it, too.

Because all these effective dates and crossover of current and future tax years gets confusing, the IRS takes care in its Nov. 6 notice of inflation adjustments to note that this bigger penalty will kick in for returns required to be filed in 2021, like your 2020 tax year return due that April.

The bottom line for any tax year, get your return in on time or pay the ever-increasing price.

Failure to file an S Corporation return in 2021 also will get the owner a $210 charge.

Those penalties are both $5 more than the previous late fee amounts.

The 2020 tax-year inflation adjusted amounts for returns to be filed in 2021, both per violation and maximum that can be assessed, are:

For comparison, the prior inflation adjusted preparer penalty amounts were:

The Fixing America's Surface Transportation Act, or FAST Act, that became law in December 2015 included a provision that authorizes the State Department to revoke, deny or limit passports for anyone the IRS certifies as having a seriously delinquent tax debt.

For 2020, the amount of a serious delinquent tax debt that could get your passport pulled $53,000 or more.

That's a bump up from the $52,000 threshold for 2019 that could get your passport revoked or prevent issuance or renewal of it.

The final post of this 2020 tax year series will focus on optional standard mileage rates. But it might not be posted tomorrow.

The IRS typically issues its annual revisions to the per-mile rates you can claim closer to the end of the year.

However, this year it could be sooner.

Today the IRS issued a revenue procedure covering the rules for using these fixed per-mile rates to calculate deductible costs of using your vehicle for tax-specific business, medical and, in limited situations thanks to tax reform changes, moving purposes.

That makes me think (hope) that the actual mileage rate revisions will soon follow. Maybe even tomorrow. Or not.

Until whenever the new mileage rates are released, you can review last year's post, which has the 2019 rates that are still in effect until Dec. 31.

And for a look at all the other eight posts on 2020 inflation adjustments to key tax provisions, check out the index at the end of Part 1 of this year's series on the upcoming tax rates and income brackets changes.