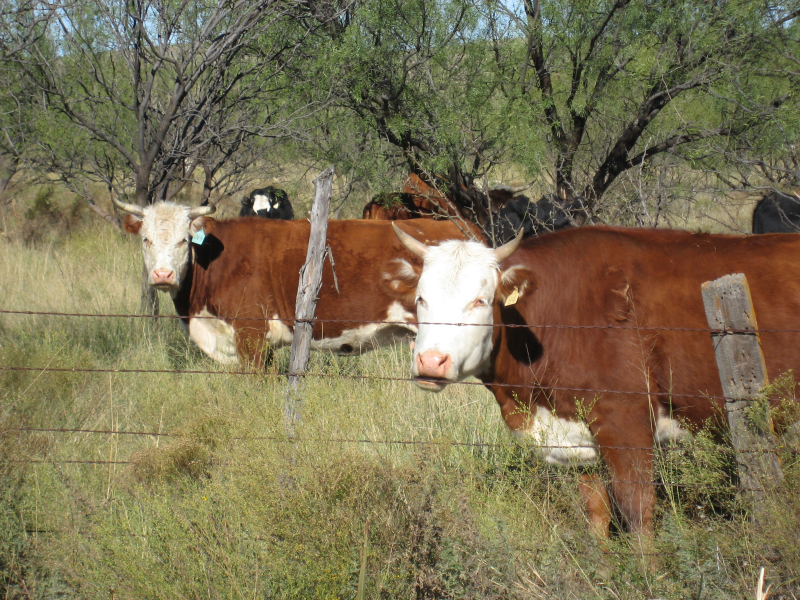 These West Texas cattle don't appear worried about much. Their owners, however, have a lot of concerns, including severe weather that could hurt their agribusiness operation. In the case of drought, they might get some tax relief. (Photo by Kay Bell)

"Everybody talks about the weather, but nobody does anything about it," observed Hartford Courant editor Charles Dudley Warner back in the late 1800s.

More than a century later, that meteorological quip is still applicable. Long-time readers know I'm one of the guilty weather complainers. Heck, I do it so much that it's earned its own category on the ol' blog.

The Internal Revenue Service, however, is doing something for some folks affected by adverse weather.

In this specific case, the tax collector is providing some relief to livestock owners affected by severe drought.

In many instances, the arid weather reduced feed crops. Faced with no economically viable way to feed their livestock, many ranchers and farmers were forced to sell their animals before they had planned.

The IRS says these agribusiness owners now may have an additional year to replace the livestock and defer tax on any gains from the forced sales.

An extra tax year: When livestock owners sell more of their animals than they normally would, they typically get to defer capital gains tax on the unplanned sales as long as they replace the sold livestock within four years, rather than the usual two years.

Now those who sold due to drought get an extra year of deferment in connection with buying more horses or cattle.

And if conditions don't improve, the IRS could further extend this replacement period.

The one-year extension gives eligible farmers and ranchers until the end of the tax year after the first drought-free year to replace the sold livestock.

Weather related requirements: The extension of the replacement period generally applies to capital gains realized by eligible farmers and ranchers on drought-prompted sales of livestock held for draft, dairy or breeding purposes.

Sales of other livestock, such as those raised for slaughter or held for sporting purposes, and poultry are not eligible.

Drought-struck states: Finally, the relief is granted only to farmers or ranchers whose operations are in an applicable region.

This, says the IRS, is a county designated as eligible for federal assistance, as well as counties contiguous to that county.

Specifically, the livestock owner's county, parish, city or district in the applicable region must be listed as suffering exceptional, extreme or severe drought conditions as deemed by the National Drought Mitigation Center.

This year, that's all or part of 32 states, plus Guam, the U.S. Virgin Islands and the Commonwealths of Puerto Rico and the Northern Mariana Islands.

Is your state among the severe drought designations? They include:

These 32 states plus the four U.S. territories comes to livestock owners in 36 jurisdictions. And that earns this week's By the Numbers honors.

You can find out which specific counties are covered under the IRS extension in its Notice 2019-54.