Gift cards are great presents, NOT to pay the IRS 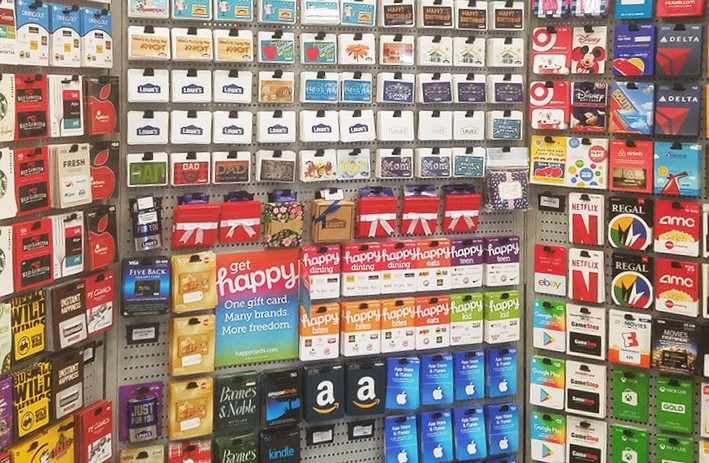 Gift cards are great presents for family and friends. There's no worrying about sizes or misinterpreted wish list hints.

Gift cards, however, are not an option to pay your taxes.

The tax agency says it has received many reports of taxpayers being asked to pay a fake tax bill through the purchase of gift cards.

Breaking down the con: The tax scammers tend to follow the same basic script, tweaking it as needed when marks get wise to their tactics.

Scam victims are led to believe that the gift card money, now available to the scammer thanks to the access numbers provided, will go toward paying off a tax bill, presumably one that's been run up by the person who stole the taxpayer's identity.

In reality, though, the gift card money is going straight into the hands of the scammers who made up the stolen ID story.

Don't fall for fakers: Why are these schemes still around and apparently effective?

Because identity theft is pervasive. So is fear of being on the wrong side of the tax man.

Crooks combine these two terrifying situations and are able to convince a lot of folks that they need to act as quickly as possible to avoid even more dire consequences.

But don't rush into any apparent tax trouble remedy.

Stop, take a breath and remember the follow tips on how you can tell whether that IRS agent is real or a crook.

The IRS does not:

Dealing with scammers: When you realize the caller is a tax scammer, hang up.

If you have any reason to believe that you do have an outstanding tax liability, contact the IRS directly yourself.

Chances are the agency already knows you owe. Even if it doesn't, you'll be better off by acknowledging your debtor status and taking proactive steps — an installment payment plan, for example — to resolve the matter sooner rather than later.

Contact the Treasury Inspector General for Tax Administration (TIGTA) to report the phone scam. The easiest way is to use TIGTA's IRS Impersonation Scam Reporting web page. If you prefer, you also can call toll-free (800) 366-4484.

If the scam arrives via an unsolicited email claiming to be from the IRS or an agency-related component like the Electronic Federal Tax Payment System (EFTPS), report it to the IRS at phishing@irs.gov. In these cases, add "IRS Phone Scam" to the subject line.

Now that you're ready to fight those scammers, go ahead and fight the crowds doing some Black Friday shopping.

Or take the simpler retail route. Wait until the crowds clear next week and then pick up some of those gift cards to be used for good, as holiday gifts to your family and friends.

People should know this. IRS scammers have been around for ages! I've read some reports filed more than a year ago! Thanks for sharing this warning. People should read these kind of information often.