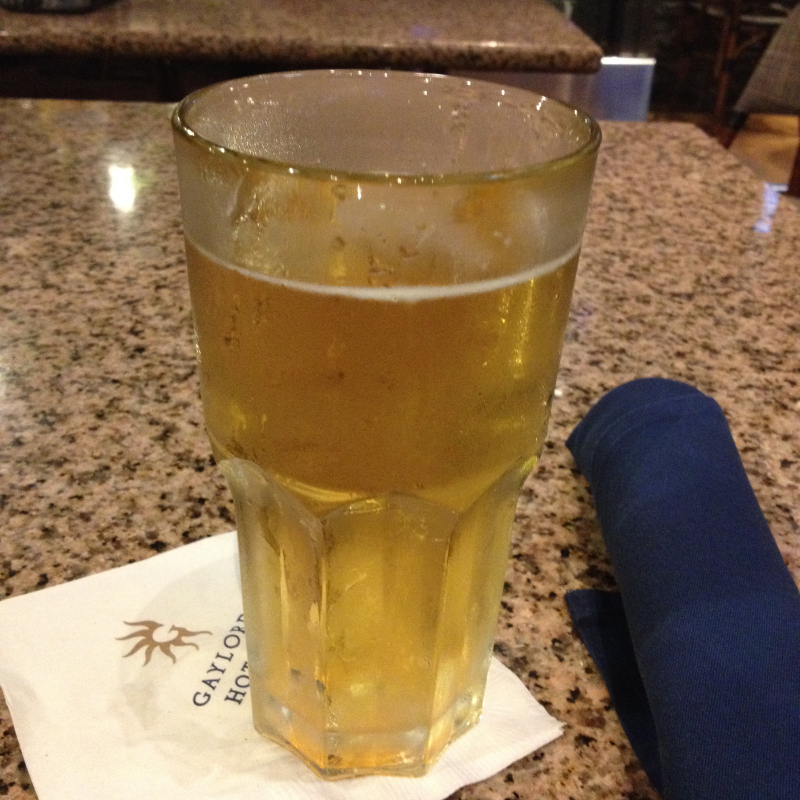 Whether I'm at home or traveling, I enjoy craft beers, like this one from a Maryland micro brewer.  (Photo by Kay Bell)

So I treated myself to a beer at lunch. And I'm having another one this afternoon. As the saying and song go, it's 5 o'clock somewhere.

I really don't partake of adult beverages that much, despite the many booze-related items I've posted over the years. And although the posts are, obviously, about taxes, I don't tend to think about the tax implications of a cold brewski. I just enjoy it.

The alcoholic beverages industry, however, does think about taxes. A lot.

And as 2019 is winding down, they are pushing Congress to make permanent a tax break they got as part of the Tax Cuts and Jobs Act (TCJA).

Toasting(?) a temporary tax break: Lawmakers rolled provisions from the Craft Beverage Modernization and Tax Reform Act into the major tax reform bill that was enacted in December 2017.

The alcohol-specific language reduced federal excise taxes for a range of producers, including brewers, winemakers, distillers and even importers.

Specifically, when New Year's Day 2018 arrived, a variety of the federal alcohol excise taxes dropped. Dramatically. Uncle Sam's levy on champagne, for example, went from $3.40 per wine gallon to just $1.07 per wine gallon.

The law also reduced the excise tax on barrels of beer, whether brewed or imported, and some distilled spirits.

But unlike other parts of TCJA that are permanent for big business, this potent potables tax component is short-term. If the tax break isn't at least extended, steep alcohol excise tax increases will kick in on Jan. 1, 2020.

Bipartisan booze tax relief support: The good news for the alcohol beverages industry is that both the House and Senate appear amenable to making their tax relief permanent, too.

The bad news is that in addition to the obvious time crunch factor, Congress has been distracted of late by impeachment investigations and hearings.

That's meant that legislation that was introduced earlier this year to make the beverage excise tax cuts permanent has stalled.

There is, however, strong support for a pair of companion bills that would take care of the impending alcohol tax hikes.

The bipartisan bill sponsored by Sens. Ron Wyden (D-Oregon) and Roy Blunt (R-Missouri) has more than 70 Senate cosponsors. The similarly bipartisan House bill, introduced by Reps. Ron Kind (D-Wisconsin) and Mike Kelly (R-Pennsylvania) has more than 300 cosponsors in that chamber.

"Extending benefits for craft beverage producers, as well as other expiring tax provisions, is a top priority," Wyden said, adding that he is "hopeful that we will come to an agreement on a year-end package."

Distractions from legislation: Still, there's a procedure that must be followed and so far it's not happening.

Neither bill has passed the appropriate tax committees in the respective chambers, the Senate Finance Committee and the House Ways and Means Committee.

Bob Pease, president and CEO of the Brewers Association, told The Hill newspaper that the coalition has talked to House and Senate leadership, as well as the two tax committee about including the bill in a tax vehicle this year. The still-languishing extenders, perhaps?

Jim McGreevy, president and CEO of the Beer Institute, is optimistic that the alcohol excise tax relief will get done.

"My view is Congress can walk and chew gum at the same time. We know that lots of conversations are happening around the tax relief and tax extenders issue," McGreevy told the Capitol Hill newspaper. "It's not hard to keep legislators on track about this but certainly the trade associations have been working together to keep the issue top of mind."

If you support the tax relief and are so inclined, you might let your members of Congress know. Soon.

But just in case, you might want to stock up on your favorite adult libation, particularly those special holiday brews showing up about now, before the price possibly goes up in 2020.