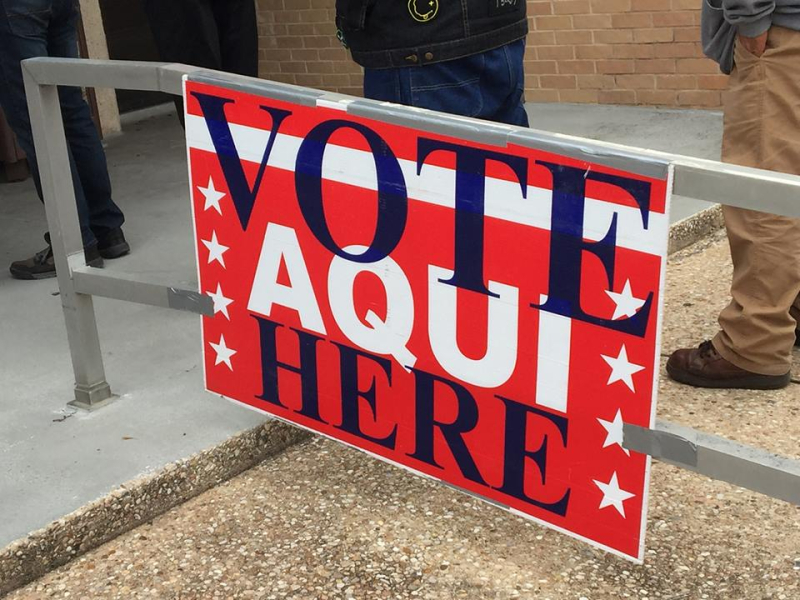 As the name indicates, the Texas legislature voted to put the questions to voters instead of taking up the matters themselves during the legislative session.

It is a form of direct democracy. But it's also, as I see it, legislative cowardice. It's a way for lawmakers to avoid making decisions that they'll have to deal with in the next election cycle.

One of the tax amendments my fellow Texans and I will see on today's ballot would authorize a temporary property tax exemption for disaster areas.

Another would authorize a property tax exemption for precious metals held in depositories.

A third would dedicate revenue from the sales tax on sporting goods to parks, wildlife and historical agencies.

No Texas income tax ad infinitum: The biggie, Proposition 4, would prohibit Texas from levying an income tax on individuals.

How hard should creating a Texas income tax be? Voters will decide with Proposition 4 today. #txlege https://t.co/6cPXOgkKwF#ElectionDay #ElectionDay2019

Personally, I think this is a short-sighted move.

Texas should look at broadening its tax base beyond sales and property taxation. And I definitely don't believe it should lock out future consideration of such taxes.

But I suspect — and would bet my heavily taxed house on it — that Prop 4 will pass handily.

Not only is no-income-tax a long-standing Texas rallying cry, we have lots of California transplants.

These new residents tend to be cursed by many of my fellow Lone Star Staters, who are predominantly red meat (and red voting) anti-taxers, because of the newbies' perceived more liberal West Coast attitudes. But a lot of these former Golden State residents came here because there's no income tax.

Yep, politics and taxes do make for strange bedfellows.

Colorado's Proposition DD would authorize and impose taxes on wagering on sporting events.

Washington state voters will decide, among other things, on whether to limit annual registration renewal fees for certain vehicles, as well as place other restrictions on vehicle taxes and fees.

Evergreen State voters also have a dozen tax-related advisory measures on their ballots. The results of advisory question votes will not result in a new, changed or rejected law or constitutional amendment.

Rather, it's a symbolic way to let the public make known via voting what it thinks about specific matters. They often are phrased in a way to tell state lawmakers whether they should repeal or keep existing or proposed laws.

Today's tax-related advisory questions in Washington include public opinion on:

You can read more about these and other non-tax ballot measures — and, Update Nov. 6, 2019, the results —  at Ballotpedia.

And regardless of what issues are on your ballots today, be sure to vote. Now I'm off to do my civic duty!