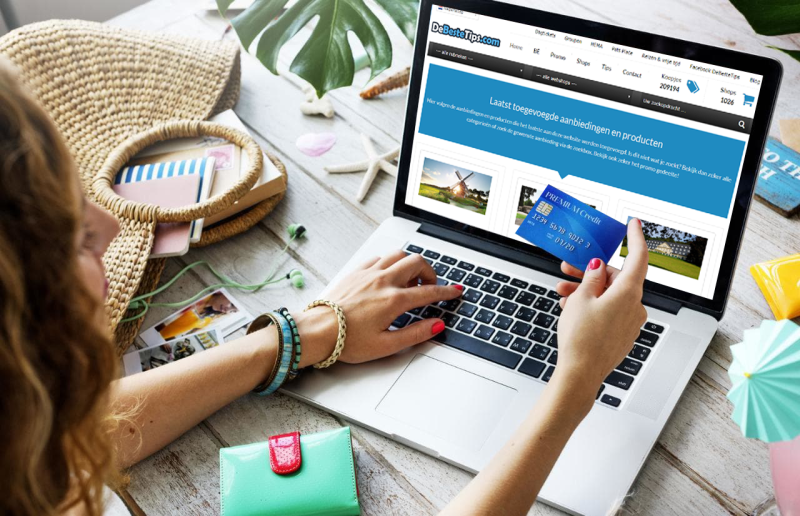 It's been more than a year since the Supreme Court said states could collect online sales taxes from retailers who don't have any physical presence, aka nexus, in their states.

But the internet tax collection process is still evolving.

Going from a system where nationwide online sellers rarely if ever collected sales taxes from their customers to one — or actually multiple given the various tax system of states — where these purchasing levies are collected is not easy.

Still, progress has been made.

Online sales tax collection evolution: These taxes still are popularly referred to as Amazon taxes, since that Seattle-based e-tailer is the online sales giant.

The Institute on Taxation and Economic Policy (ITEP) map below shows where Amazon collects sales taxes in 2019. 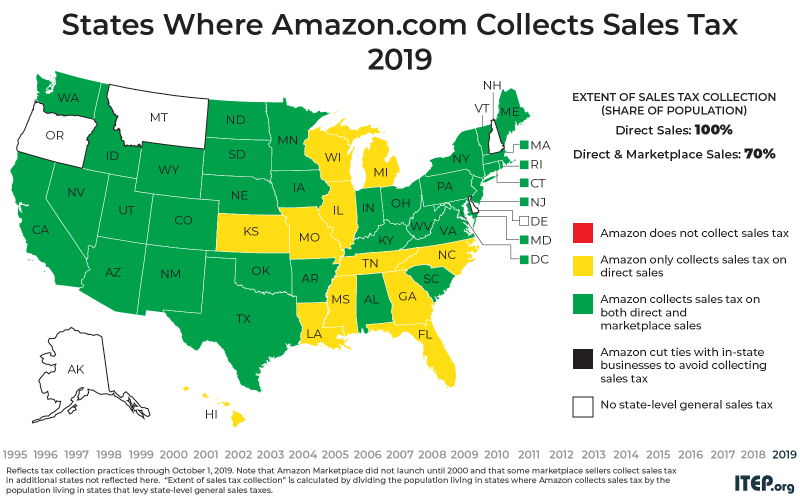 Check out the interactive version at the ITEP website that shows the progress of Amazon online sales tax collections over the 24 years.

Yes, online sales have been going on that long. I remember buying my first product via computer via an AOL dial-up connection in the 1990s. And yes, no sales tax was collected back then.

Some taxes still uncollected: The expansion of Amazon sales tax collection notwithstanding, some states still are leaving online tax money on the cyber table.

Last year, it was some of the most-populated states.

In 2019, ITEP says that uncollected sales tax this holiday shopping season looks to "largely be confined to a dozen states where lawmakers have dragged their feet in exercising the sales tax collection authority the Supreme Court granted in its landmark 2018 decision, South Dakota v. Wayfair, Inc."

Florida and Missouri are the only jurisdictions that lack economic nexus laws requiring online sellers to charge sales tax if they make a meaningful amount of sales into the state, says ITEP Research Director Carl Davis.

Another 10 states fail to require that large online marketplaces like Etsy, eBay, and the Amazon Marketplace collect and remit sales tax on behalf of sellers using their platforms. They are Georgia, Hawaii, Illinois, Kansas, Louisiana, Michigan, Mississippi, North Carolina, Tennessee and Wisconsin.

"These dozen states, which are home to more than 95 million people, will, of course, be collecting sales tax at local businesses this holiday season," says Davis.

"But when their residents choose to order products from afar through online platforms like Amazon Marketplace, the tax will typically not be charged by the retailer and most shoppers won't step forward to pay it themselves."

Paying your use tax: In case you find sales tax isn't collected and, contrary to Davis' observation that most folks don't pay it themselves, you do want to pay the due sales tax via your state's companion use tax , feel free. Your state tax collector and treasurer will thank you for it.

You can check with your state's tax department on how to remit what you owe.

More collections coming: The number of non-collecting marketplace sales tax states will be cut a bit when the New Year arrives.

Security, not taxes, now top shopping concern: Even with the added tax collections, the e-tail sector is booming.

It was not a surprise.

Over the past two decades, the online shopping sector has been slowly eating up market share. Its total rose from less than 5 percent in the late 1990s to about 12 percent in 2019, according to the Commerce Department.

True, when online shopping surpassed brick-and-mortar stores in February, the difference by which online sales surpassed store purchases, including department stores, warehouse clubs and super-centers, had to be measured by going out three decimal points. E-commerce retail sales that month accounted for 11.813 percent of the total, compared with 11.807 percent for in-real-life general merchandise purchases.

But Cyber Monday 2018 hit a new shopping record. And that was just in the United States.

Globally, online buying has grown exponentially. IBIS World research forecasts an 8.6% per year increase in online revenues over the next five years.

Rather, consumers have come to accept the tax amounts added to their purchases. Nowadays, the biggest issues facing e-tailers is the security of their online shopping platforms.

Will you be going to stores in person this Black Friday 2019?

Or you will get a jump on Cyber Monday and do your shopping online on the day after Thanksgiving?