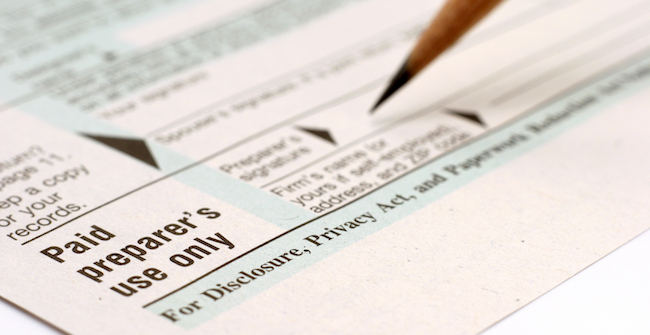 Attention, tax preparers. Next week is a big one.

Then the very next day, the renewal season opens for paid Preparer Tax Identification Number (PTIN) applications and renewals.

Also note that while there won't be any requirement to pay a user fee to obtain or renew a PTIN, this likely is the last time that the identification number assignments will be free.

Last week, as the U.S. Supreme Court began its new term, the justices decided not to hear the case that reinstated the fees for PTINs. That means the ruling affirming the IRS charges for the numbers will stand.

Fee upheld in IRS appeal: That fee approval ruling came on March 1 when the United States Court of Appeals for the District of Columbia ruled in Montrois v. United States — the named plaintiffs in the case were Adam Steele, Brittany Montrois and Joseph Henchman — that the IRS does has the authority to charge a fee from tax professionals who obtain or renew a PTIN.

In doing so, the appellate court overturned a lower district court ruling and found that the IRS provides a service in exchange for the fee.

Specifically, the D.C. Appeals Court said the PTIN program conferred an explicit benefit to preparers by letting them use a number other than their Social Security numbers on tax returns, thereby protecting the confidentiality of the preparers' personal identification numbers.

Such service, according to the appeals court, means that the IRS fee for a PTIN is justified under the U.S. Code (31 U.S.C. § 9701) which allows federal agencies to "charge for a service or thing of value provided by the agency."

In addition, the appeals court decided that the fee was justified since the IRS also provides personnel and resources specific to maintaining the PTIN system.

Getting or renewing your PTIN: In the midst of fighting the PTIN legal questions, the tax agency back in 2017 temporarily shut down its online PTIN tool by which it collected the fee.

It was back up and running a few weeks later in a form that allowed registration or renewal without a fee.

The website-based system is recommended by the IRS. The online PTIN application or renewal process only takes about 15 minutes, according to the IRS. You can review this  View this checklist to help you get started.

If you prefer to file a paper application, Form W-12, the issuance of a new ID number or renewal could take four to six weeks to process.

PTIN fees in preparers' futures: Following the Supreme Court's decision not to grant certiorari* in the tax preparers' appeal, the IRS now is free (no pu…OK, pun intended) to collect a PTIN fee from the more than 700,000 tax preparers who file returns for clients.

That leads to two looming questions.

Right now, the answer to both is unclear.

First, when will the IRS reinstate PTIN fee collection?

With the new PTIN application/renewal season getting underway in a few days, I suspect the IRS will set its sights on retooling its system to once again collect fees in 2020.

Price of a PTIN: Second, how much will the fee be?

The IRS, like many federal agencies, is strapped for operating cash, although this year's budget proposal was slightly larger than in recent years. To help bolster its activities, Uncle Sam's tax collector has been instituting and increasing a variety of fees for its services (or requirements).

The cost of a PTIN, as originally devised, is a flat fee per preparer, regardless of how many returns the tax professional files.

The IRS began collecting PTIN fees with the 2011 filing year and, according to various estimates, has banked between $175 million and $300 million in fees for the tax preparers' identity digits.

The IRS' initial PTIN fee $64.25 with an additional renewal charge of $63 for subsequent years. As legal challenges commenced and continued, the agency lowered the fee in 2016 to $50, with $33 going to the IRS and $17 to a private processing service.

The appellate ruling that SCOTUS refused to hear sent the Montrois case back to the district court to determine whether the fee is reasonable and complies with the Independent Offices Appropriations Act (IOAA).

In light of this dollar 💲 amount uncertainty, this week's PTIN fee related figure to be recognized for By the Numbers honors is a big fat question ❓ mark!