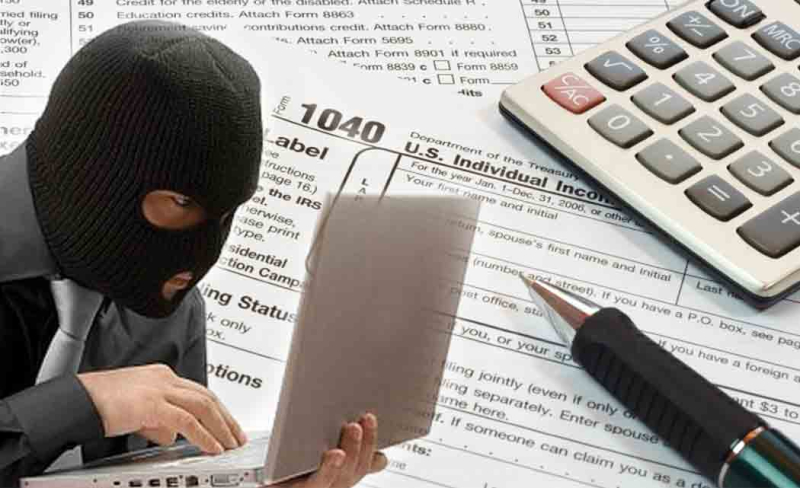 The Internal Revenue Service and its Security Summit partners have made major strides in recent years in fighting tax-related identity theft.

Much of the effort has been in educating taxpayers and businesses about ways to recognize and avoid scams and other tax ID schemes. The IRS also has improved the way it works with taxpayers who do fall victim to identity thieves.

Now Uncle Sam is expanding a way that taxpayers can be more proactive in fighting identity theft.

The IRS' opt-in Identity Protection Personal Identification Number (IP PIN) now is available for the 2020 tax-filing season to taxpayers in an additional 10 states.

That brings to 20 the number of jurisdictions — 19 states and the District of Columbia — where filers can get this special tax identification number to use instead of their Social Security number when they submit their 1040 forms.

Federal taxpayers, even though they are not victims of identity theft or refund fraud, can apply for an opt-in IP PIN if they live in:

This added security step's expansion to 20 locations also earns this week's By the Numbers honor.

And if your state isn't on this list, be patient. The IRS says additional locations will be eligible later in 2020.

In the meantime, follow recommended security protocols. Even if you do have or plan to get an IP PIN, these online tax safety suggestions are wise moves.

IP PIN origins, process: By now, everyone's painfully aware, even if they haven't been tax identity theft victims, of the process.

Hacks and system breaches have put millions of pieces of personal information into criminals' hands. Each tax season, many use that data to file fake tax returns designed to get fraudulent refunds from both the IRS and state tax departments.

When the crooks get the tax paperwork in first, by the time you fill out your legitimate 1040, you are told by tax officials that they already have a return in your name. This means you must prove that your filing is the real one and the other is the fraud.

When you sign up for the IP PIN program, the IRS issues you a six-digit PIN. You put this number on your tax return to prove to IRS examiners that your filing is the true one.

An e-filed return without the correct IP PIN will be rejected. In the case of paper filings, one sans the proper IP PIN will get extra scrutiny.

A PIN is valid for only one year. The IRS will automatically send you a new IP PIN the next year before the tax season starts.

You can find specifics on the IP PIN application process in IRS Publication 5367.

IP PIN evolution: The IP PIN program was created to deal with already-stolen info and falsely filed returns. It provided the IRS a way to accept correct returns from taxpayers dealing with stolen identities and trying to do their tax duties.

But action usually is much more effective than reaction.

So in 2010, the IRS initiated a pilot program that gave IP PINs to a select group of taxpayers who weren't identity theft victims, but who wanted the extra security of using a special identifying number to file their returns.

The first group of optional IP PINs went to folks in Washington, D.C., Florida and Georgia, locations that had high levels of identity theft reports.

For the 2019 filing season, IP PINs were available in seven more states: California, Delaware, Illinois, Maryland, Michigan, Nevada and Rhode Island. Again, the IRS was Those states report the highest number of identity thefts to the Federal Trade Commission.

On Oct. 4, the IRS announced via an email alert to tax professionals that for the 2020 filing season, IP PINs also can be used by taxpayers in Arizona, Colorado, Connecticut, New Jersey, New Mexico, New York, North Carolina, Pennsylvania, Texas and Washington.

Who can get an IP PIN: This latest expansion makes more taxpayers eligible for IP PINs. But still not everyone.

The IRS says you're eligible for an IP PIN if:

Why to get an IP PIN: If you're now eligible to apply for an optional IP PIN, having this extra security step when filing your return is not a bad idea for a couple of reasons.

First, it's definitely worth considering if you're among the millions whose personal information was among the many security breaches that seem to occur on an almost daily basis.

Credit freezes in these cases can help prevent your data from being used to open new accounts and loans in your name, but that won't protect your tax filings. Tax fraud prevention requires more, like an IP PIN.

Second, it's also a good idea to get an IP PIN if you tend to delay your filing.

Tax crooks usually submit fake tax returns early in the year, hoping to convince the IRS to issue a fraudulent refund before you send in your real Form 1040.

If either or both those situations apply to you, then look into getting an IP PIN.

You can find out more about applying, if you're eligible, for this special filing number at the IRS' Get An Identity Protection PIN (IP PIN) Web page.

Can I go to my local IRS office to get my IP pin it was mailed to the wrong address even though I did a change of address with the postal service and it won't let me e-file it was rejected due to not having my IP pain I called the IRS and they said that the machine that generates the IP pin is down to two Kovach 19 is this true? And if so what do I do?