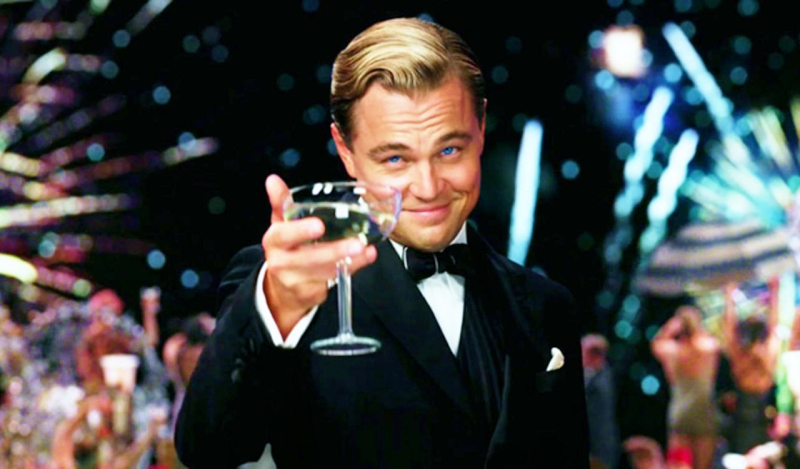 The hubby and I are of that age where we're thinking about our estate plan. I know, financial planners say that every age is a good one to think about your estate. Planning helps you accumulate it, not just decide where it goes after you're gone.

Still, most people, rightly or wrongly, don't tend to think about their estates until they get older.

One thing a lot of us won't have to worry about, at least not if we shuffle off this mortal coil within the next few years, is our estates facing a federal tax.

Estate millions protected from Uncle Sam: The Tax Cuts and Jobs Act doubled the base threshold at which the federal estate tax kicks. In 2018, the trigger went from $5 million per person to $10 million, with the amount adjusted each year for inflation.

For 2019, the estate potential top estate tax rate of 40 percent applies only to property that is valued at more than, thanks to inflation, $11.4 million at the time of a person's passing.

In the case of married couples, the surviving spouse gets that exclusion and his or her own, effectively doubling the amount ($22.8 million this year) that's free from Uncle Sam's estate tax.

The hubby and I are doing OK, but we definitely don't have to worry wandering into federal estate tax territory.

A few estate tax collection states: As the Tax Foundation map below shows, some folks, however, aren't so fortunate.

Not only do a handful of states have an estate tax, a few levy an inheritance tax. Maryland collects both. 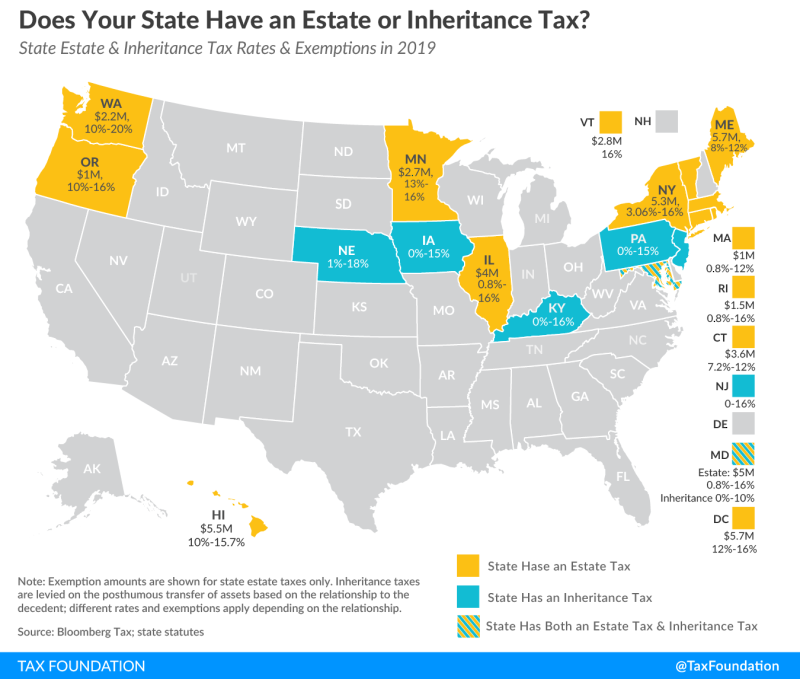 An inheritance tax is levied against those who are left property. An estate tax is paid from what is left before the property is distributed.

And states tend to set the level at which their estate taxes kick much lower than Uncle Sam's.

Mobility and estate taxes: Of course, if you have a large estate that could be subject to a state's estate levy, you can always move.

But is it worth it?

That's the question asked by Enrico Moretti and Daniel Wilson in their paper "Taxing Billionaires: Estate Taxes and the Geographical Location of the Ultra-Wealthy."

Moretti, professor of economics and business administration at the University of California, Berkeley, and Wilson, vice president of Microeconomic and Macroeconomic Research at the Federal Reserve Bank of San Francisco, studies the effect of state-level estate taxes on the geographical location of the Forbes 400 richest Americans and its implications for tax policy.

They focused on the TCJA changes to, in their words, "identify the tax sensitivity of the ultra-wealthy's locational choices." 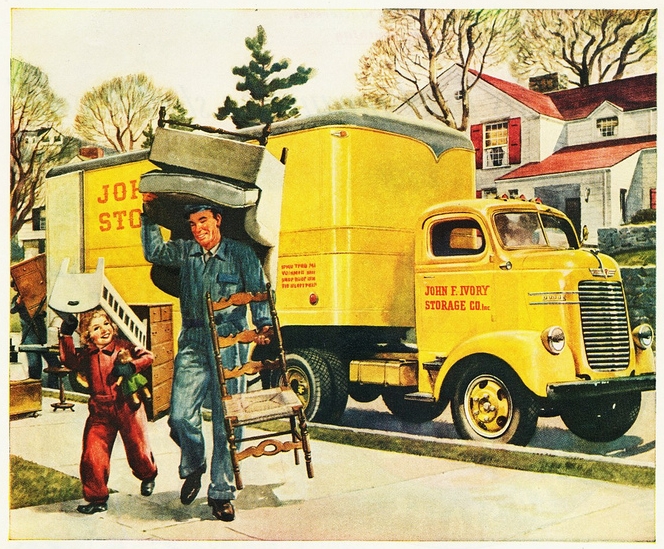 Overall, billionaires' geographical location appears to be highly sensitive to state estate taxes, say the pair in the synopsis of their paper.

They also found that billionaire's sensitivity to the estate tax increases significantly with age. (Good to know that our putting off our estate tax planning until we got older means the hubby and I share something with the richest Americans.)

"The older the wealthy get, the less likely they are to continue to live in states that charge estate taxes," writes Eduardo Porter in his New York Times article on study. "Mr. Moretti and Mr. Wilson estimate that from 2001 to 2017, a 40-year-old billionaire on the Forbes list had a 22 percent chance of living in a state with an estate tax. By age 70, the odds were only 14 percent. By age 90, they had fallen to only 9 percent."

Estate taxes still pay off: Still, even though the ultra-rich tend to move to avoid the final levy, Moretti and Wilson note that the benefit for states to maintain or impose an estate tax exceeds the cost for the vast majority of states.

"From 1982 to 2017, the death of the average Forbes billionaire generated $165 million in revenue in states with estate taxes. Lots of billionaires moved to avoid them. But estate taxes raised more money for states that had them than they lost in income-tax revenue when billionaires left," writes Porter.

This examination of the residency and mobility of the wealthiest among us earns this weekend's Saturday Shout Out.

It'll cost you to read the paper itself, but Porter and several other reporters for media outlets do a nice job of synthesizing it. They are:

Enjoy your weekend reading on the tax and relocation lifestyles of the rich and famous.

And at least think about talking with a financial and tax planner soon. It could help you have to deal with such a welcome wealth problem in the future.