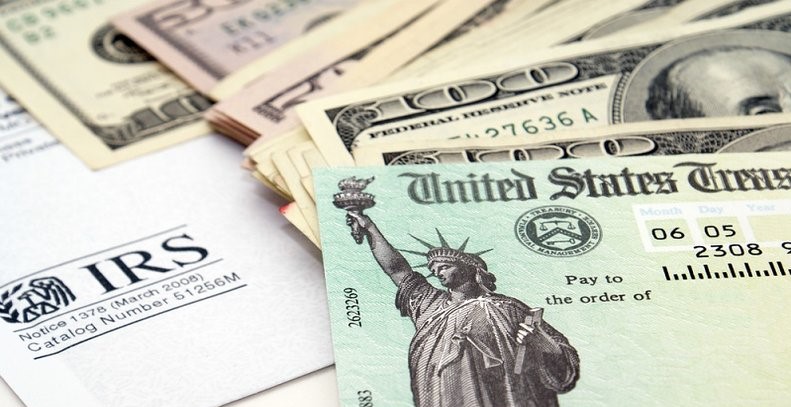 Taxpayers and tax professionals alike are breathing a sigh this week. The final tax extension Oct. 15 filing deadline has come and gone.

Sure, there's some cleanup left. The storing of files. The adjusting of withholding where tax bills were larger or smaller than expected.

And, yes, the waiting for refunds by procrastinating filers who weren't in a hurry to get their tax cash. It does happen.

Chances are, however, that the Internal Revenue Service isn't sending out many refunds this month.

I'm not just saying that because most October filers don't get refunds.

Tax reform reduces refunds: Around 2.7 million fewer this year alone, according to the latest update of IRS Publication 6187, which looks at the tax year's individual tax return processing.

Overall, the IRS estimates it sent about 113.4 million refund checks to taxpayers in 2019. That's down from just more than a million 116 million sent the previous year before the major tax reform law took effect. (It was signed into law on Dec. 22, 2017, with most of its provisions showing up for the first time on 2018 returns.)

This reduction in refunds — a 2.3 percent drop — rankled filers last spring who were accustomed to getting refunds.

New laws, different refund effects: The TCJA changes to tax rates and the income brackets to which they apply shuffled the tax refund deck. The IRS saw it coming and warned folks to adjust their withholding to account for the changes. A lot didn't.

Some of those filers even ended up owing taxes because they didn't make the necessary W-4 modifications.

Note, however, that the checks these filers had to send to the U.S. Treasury didn't necessarily mean that these folks faced higher tax bills than they did before TCJA was in place.

In fact, despite anecdotal complaints, data shows that almost 80 percent of filers received a tax cut under the new law. That's not show by the amount of refund you do (or don't) get.

To see exactly how the TCJA did work (or not) for (or against) you, you need to compare your pre- and post-tax reform returns, specially the line on the 1040 showing your final tax liability.

Refunds still popular: But getting a refund every filing season is a beloved tax season ritual for millions of filers.

And that brings us back to some of this filing season's housekeeping mentioned at the top of this post. Specifically, adjusting withholding.

Tweaking how much federal income tax comes out of each paycheck will get you closer to paying your eventual tax liability or, if you wish, getting a refund.

I'm still not a fan of letting the Bank of Uncle Sam hold onto money without paying interest, but hey, you do tax you and overwithhold to get that refund next year if you wish.

Or, on the other hand, make the withholding changes that will ensure you're not unpleasantly surprised (again) by no or a tiny refund or, worse, end up owing the U.S. Treasury.

The IRS' online paycheck withholding estimator will help you determine exactly what to enter in the new Form W-4 you'll file with your payroll office.