4 ways the IRS is scary, on Halloween and year-round 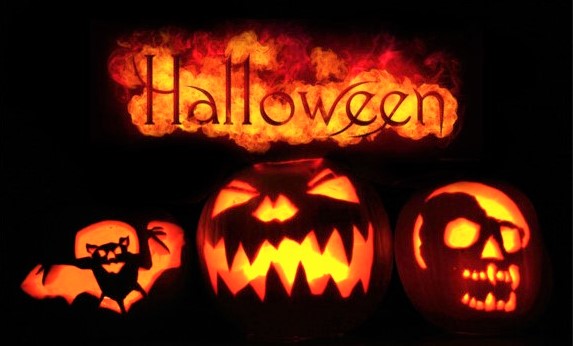 Halloween is almost here. Are you still looking for a costume?

Here's a suggestion. Go as the Internal Revenue Service.

Here are four terrifying tax situations to get you in a Halloween mood.

Be afraid, but also be prepared, on this Oct. 31 as well as year-round.

1. Audit: There's no need to build up to this scare, which can occur any time of the year. Fear of an IRS audit is one of the biggest tax terrors for most people, even (or maybe especially) those who are trying really hard to follow all the Internal Revenue Code rules.

The good news here is that this scary IRS action is exaggerated. IRS data over the last few years have shown that less than 1 percent of individual returns that were audited were examined in person.

To help avoid this chilling tax encounter, be aware of what triggers most tax audits. 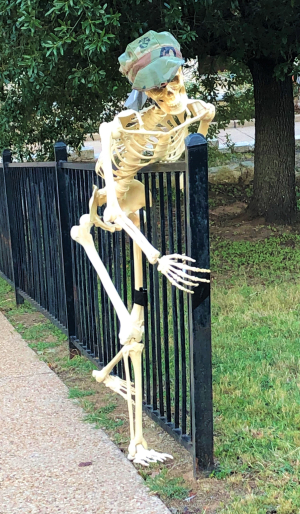 2. IRS notices: Before the an IRS examiner talks to you about your 1040, you'll get an official notice from the agency in your snail mail box. Yes, an envelope with an IRS return address is a major fright. And yes, there are dozens of these documents, each detailing specific questions the IRS has about your filing.

But in many cases, your reply to the notice will resolve the matter. These exchanges of information with the IRS via the U.S. Postal Service to solve a tax matter actually are known as correspondence audits. There. You can say you survived an audit!

The key to effectively maneuvering this tax route is to reply to any tax notice. Don't ignore it. Answer the IRS' questions as soon as possible. And definitely don't miss any deadline date in the correspondence. That will make things worse.

Remember, too, that you always can hire a tax expert to help you understand and deal with the notice matter. The cost of that professional tax help will likely be less that the cost you you'll face trying to deal with the matter yourself.

3. Tax penalties: The IRS tacks penalties, along with interest, onto your tax bill when you don't file a 1040 or pay taxes on time.

There are two main penalties.

The failure-to-file or late-filing penalty applies, as the name indicates, when you miss the April deadline either by not sending in a Form 1040 or an extension request by the April due date. Any due tax associated with this overlooked 1040 (or extension Form 4868) generally is subject to a 5 percent penalty. That penalty is charged for each month or part of a month that a tax return — and due tax — is late.

The failure-to-pay penalty also is self-explanatory. It's typically assessed when you don't pay all you owe when it's due. This includes making a good guesstimate of what you owe when you file for an extension. And this 0.5 percent non-payment penalty applies for each month your tax is not paid in full, starting from the April due date since there's no extension to pay, only an extension to file the forms. There's also no maximum penalty for not paying your tax bill.

In situations where you don't file a return and don't pay you tax liability, the IRS assesses a 4.5 percent, instead of the usual 5 percent, for not filing along with a 0.5 percent for not paying.

Sounds like you're getting a bit of a break, right? Wrong, especially if you don't take steps to resolve your taxes. The total failure-to-file and failure-to-pay penalties can eventually add up to 47.5 percent of what you owe: 22.5 percent for late filing and 25 percent late payment of the tax owed.

Don't forget the interest, which is compounded daily. Even at today's low rates, that adds up quickly. 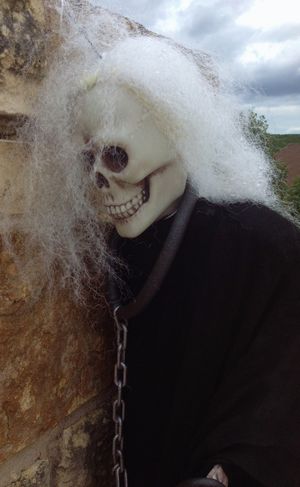 4. Liens, levies and garnishment: If worse comes to worst and you ignore IRS communications and fail to pay in full or set up a payment plan, the IRS has more frightening options. It will begin the formal collections process.

This includes filing a federal tax lien. A lien is a public notice to all your creditors and is registered with the county where you live or, if it's a business-related nonpayment, operate your company. You can't sell a property if there's a tax lien on it since the IRS has first dibs on any proceeds. A more immediate concern for most taxpayers is that your credit score will take a hit. The IRS won't release a lien until all your tax debts, including penalties, are paid in full.

A little bit of a treat here for folks who face liens based on what the IRS contends are structuring. This is where a series of payments of just less than $10,000 are made, the argument goes, to avoid federal bank and tax reporting requirements. This typically is used, say federal law enforcement and tax agents, by illegal operations such as money laundering.

The IRS has been accused of uses the structuring argument to improperly seize taxpayer property unrelated to the transaction. That is now prohibited under the new IRS reform bill, officially known as the Taxpayer First Act. The agency now can seize taxpayer property only in situations where the property is shown to be derived from an illegal source or the cash transaction was structured for the purpose of concealing criminal activity.

Then there's the levying of income or assets. In the case of a levied bank account, for example, the IRS will take money directly from that fund to pay your tax debt. But it's not just money the IRS can seize. Assets such as houses, vehicles, boats and other property of value can be taken (and eventually auctioned) to go toward paying your tax bill.

Wage garnishment is self-explanatory. It's the paycheck version of a tax levy. Note, too, that in the case of married couples, joint and several liability means that the IRS also can also garnish your spouse's wages. This, obviously, makes day-to-day bill payment very difficult.

If the IRS levies or garnishes your own business' earnings, your employees will likely take a hit too when you can't make payroll.

And don't think of trying to run away from the IRS for obvious reasons, but also because if tax debt is more than $52,000 (that's the 2019 inflation adjusted trigger amount), the IRS could ask the State Department to revoke your passport.

Beware and be ready: Scared yet? That's OK. Dealing with the IRS definitely can be a bone-chilling experience.

But don't just cower and fret.

Be ready for these potential tax terrors, either by avoiding them altogether or knowing how to handle them if they jump out at you this Halloween or any time of the year.

Boo! Regardless of how you celebrate All Hallows' Eve,
have fun, be careful and don't let someone like the bony fellow below,
who welcomed guests at a local Halloween party, scare you!

Skeleton photos and video by Kay Bell of her neighbors' creepy fixation on these bony ghouls.

Update, Oct. 29, 2019: In this scary holiday's spirit of trick-or-treat give and take, check out my subsequent post highlighting some Halloween tax break treats.