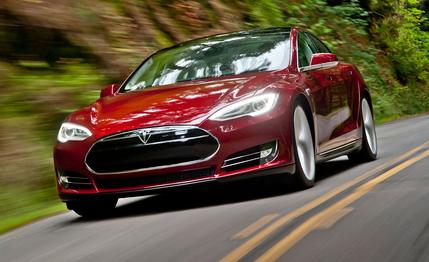 Teslas are the most popular electric vehicles (EVs) in the United States.

That's right, the honk of your high-dollar Tesla soon could replicate fart and goat noises.

That should spark more potential owner interest, although the biggest market for this change, 9-year-old boys, can't drive.

Still, Musk knows he needs to do something to keep interest in Teslas high since the EVs no longer qualify for the federal tax credit.

Worse, a new report from an Internal Revenue Service oversight office says that the agency recently OK'ed as much as $83 million in potentially erroneous EV credits claims

How the EV tax credit works: The EV tax break, officially known as the Qualified Plug‑In Electric Drive Motor Vehicle Credit, was created as part of the Energy Improvement and Extension Act of 2008.

It's been tweaked over the years, but the current credit could be as much as $7,500 for qualifying taxpayers and vehicles. Since it's a credit, it reduces a filer's tax liability dollar for dollar.

The EV credit helps taxpayers offset the purchase of electric drive vehicles that tend to be more expensive, thanks to the technology required and the smaller production numbers.

The credit, however, drops as sales increase. The more electric vehicles that a manufacturer puts on U.S. roads, the smaller the credit until it eventually is phased out once sales top 200,000.

The thinking of lawmakers is that EV manufacturers need the tax help to market their products. Once a vehicle is popular, however, its current and fans will buy it without any added incentive from Uncle Sam.

EV credit pros and cons: EVs have grown in popularly, like hybrids before them that also got preferential tax treatment.

In the second quarter of 2019, approximately 85,000 EVs were sold in the United States and those sales were up 23 percent over the same quarter in 2018. 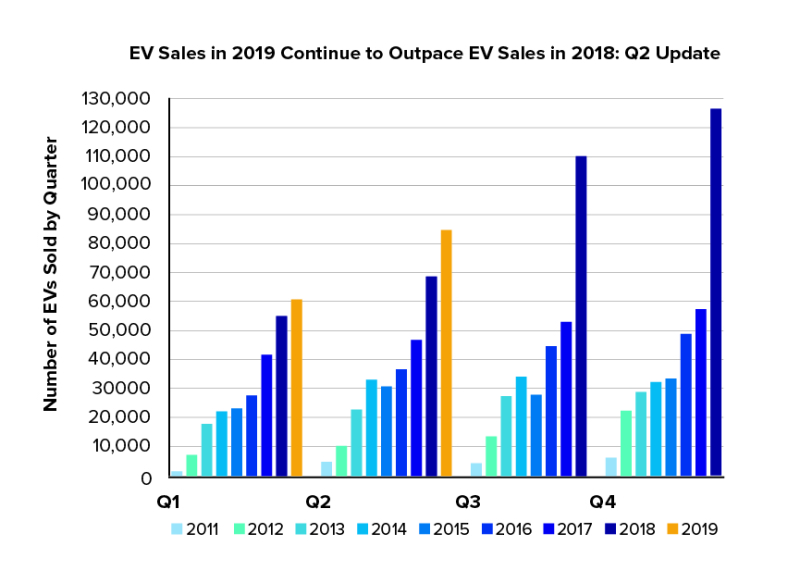 However, EVs still represent a small segment of the U.S. auto market and, in most cases, manufacturers are selling them at a loss.

Only two EV manufacturers have sold enough autos to face the reduced credit. Tesla credits were zeroed out at the start of this year. General Motors EVs no longer are eligible after March.

Backers of the Driving America Forward Act, which was introduced in April in both the House and Senate, want to extend the life of the plug-in tax credit. They say government subsidies for EV purchases remain necessary to keep consumers interested until manufacturers reach the market point where production costs fall, making them profitable.

But not everyone is a fan of the electric auto or its tax break.

Donald J. Trump and the Republican party in general have denounced electric cars.

Trump's current budget proposal calls for ending it. The GOP has followed that lead, scoffing at EVs as part of the party's broader attack on the Democrats' Green New Deal.

Now the anti-EV forces have more reasons to pull the plug.

Millions in erroneous EV tax breaks: The IRS paid out millions in potentially illegally electric vehicle tax credit claims, according to a new report by the Treasury Inspector General for Tax Administration (TIGTA).

Unfortunately, TIGTA's latest findings are not new. The IRS watchdog reported in 2011 that 20 percent of electric plug-in and hybrid tax credits were wrongly claimed.

How erroneous EV credit claim happened: It's unclear whether filers flat-out claimed the credit without even purchasing an EV, claimed it when they leased instead of bought an EV (that doesn't qualify for the individual credit) or if they claimed the plug-in credit more than once.

The uncertainty over the improper credit claims underscores TIGTA's findings on why this happened. The problem, says the IRS watchdog, is the tax agency's tracking system.

"The IRS does not have sufficient processes to identify erroneous claims for the Plug-In Credit," says TIGTA.

In addition, the report says that IRS examiners are generally not reviewing questionable EV credit claims during examination.

Meanwhile, as long the plug-in EV tax credit is around in either its current or possibly expanded form, the IRS needs to step up its efforts to stop improper claims.

More EV credit validation efforts: TIGTA has some ideas on how to do that.

The IRS says it now will use data analytics to cross-check the reported VINs with third-party databases showing what VINs qualify for the credit.

"We also will develop a new audit lead sheet to assist examiners with auditing the plug-in credit," said Eric Hylton, head of the IRS' Small Business/Self-Employed Division, in his reply to the TIGTA report.

As for the electric vehicle tax money that TIGTA said was wrongly paid out in the last few years, the IRS says it's on that, too.

Hylton said the IRS thinks that TIGTA's EV credit loss amounts are too high. But, he added, the IRS will take TIGTA's advice that it seek to recover improperly collected EV credits.

If you're one of the folks who knowingly or inadvertently reduced your tax bill using the EV credit, you might want to recheck that filing before the IRS finds it.

I would like to receive updates on ev tax credits