Tacos, food taxes and tax breaks on Tuesdays and every day! 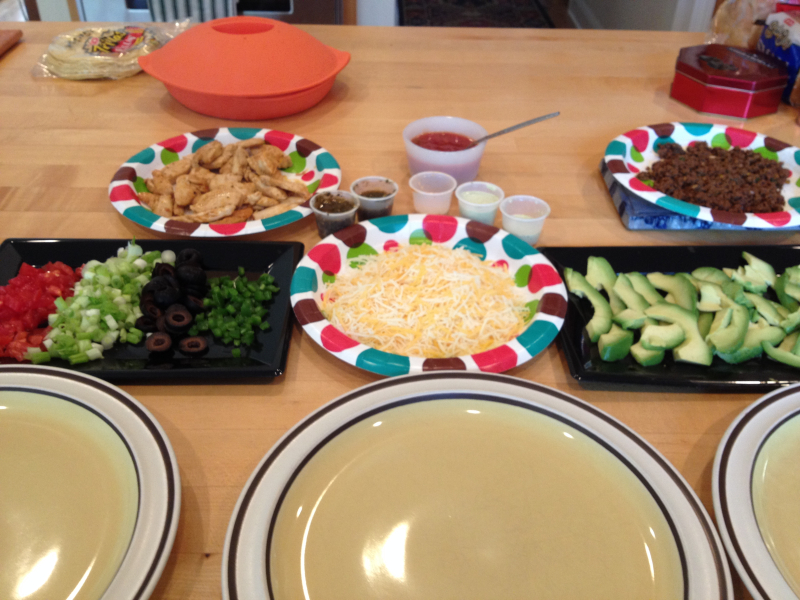 This is a regular spread in our kitchen, not just on Taco Tuesday or today's National Taco Day. (Kay Bell photo)

Today is National Taco Day, which raises a big question here in Texas. Why is there just one specific day celebrating taco consumption? (Corollary question: why isn't it on an alliterative Tuesday?)

We Lone Star State residents consume vast quantities of soft and crispy/crunchy tacos multiple times every day, starting with the most important meal of the day, the breakfast taco.

Various foodstuffs, various taxes: The day commemorating a Tex-Mex favorite also raises the question among tax geeks about the taxation of tacos.

OK, it's about more that taco taxes. It's food taxes in general.

In the 45 states and District of Columbia that assess sales taxes, there are taxes on food in its various states of preparation, exemptions for some food-related items and much confusion about how and why these convoluted assessments came to be.

In brief, most states don't tax food if it's bought in grocery stores. I think that's the way to go, since obviously we all need food to survive.

But state legislatures tend to take the Animal Farm approach to food taxes. To paraphrase George Orwell, all food is equal, but some food is more equal than others. That is, some is taxed and some isn't, depending on how lawmakers define food and how it's sold.

A good example of this is sin taxes on foods that generally are deemed as unhealthy. Fat-laden snacks and sugar-sweetened beverages are prime tax targets.

Food is tax-exempt in most states: Some states, though, don't differentiate between so-called good and bad foods. They tax it all.

States where the general sales tax is collected on all food purchases, according to Federation of Tax Administrators' data, are Alabama, Hawaii, Idaho, Kansas, Mississippi, Oklahoma, and South Dakota.

However, most of these food-taxing states — Hawaii, Idaho, Kansas, Oklahoma and South Dakota — at least offer lower income households a rebate or income tax credit to make up for the food tax.

And a handful of states collect a lower rate state sales tax on edibles. They are:

Finally, food sales are not subject the state's sales tax in Georgia, Louisiana and North Carolina, but local sales taxes in those states do apply.

Note, too, that these taxes apply to the food and ingredients that you pick up at your local grocer to make your meals.

When you buy prepared breakfasts, lunches and dinners (or suppers, depending on where you live), taco or otherwise, to eat-in or take home, you'll generally owe tax on those palatable purchases.

Food wastes and taxes: You'd think that with the price of food in general plus the taxes we pay for what we eat, we'd be careful to consume every last bite.

Food waste is a major issue.

Roughly one third of the food produced in the world for human consumption every year — approximately 1.3 billion tonnes — gets lost or wasted, according to the United Nations' Food and Agriculture Organization Global Initiative on Food Loss and Waste Reduction. 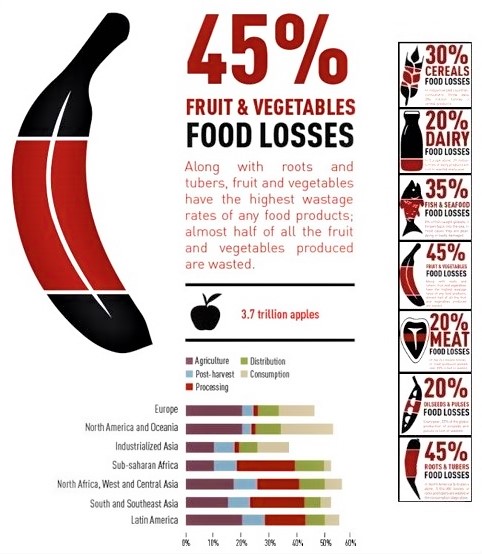 Those food losses and waste amounts to roughly $680 billion in industrialized countries and $310 billion in developing countries.

But lawmakers at both the federal and state levels are using tax policy to help reduce food waste.

The federal government has long recognized this, with tax incentives to encourage businesses to donate food being both popular and successful. After the incentives were temporarily expanded to cover more businesses in 2005, food donations across the country rose by 137 percent in 2006.

Generally, donations exceeding established limits can be carried forward for five succeeding tax years. And if the donated food does not meet the criteria, the companies still can claim a general tax deduction in the amount of the property's basis.

State food waste reduction efforts: State legislators also have begun to think critically about the connection between food waste and hunger and many have acted, including using tax incentives to fund food rescue operations, create collaborative relationships with businesses and nonprofit food projects and feed families in need, notes the National Conference of State Legislatures (NCSL).

When food isn't suitable for human consumption, adds NCSL, state efforts focus on recycling or repurposing it as compost, animal feed or energy are also effective strategies for reducing waste.

Oregon at food forefront: Oregon is one of the state leaders in using tax policy to help reduce food waste.

Currently, Oregon offers a tax credit against personal or corporate income taxes available to crop growers who make a qualified donation of the crop to a food bank or other charitable organization.

To be a qualified donation, donated crop must go to food banks, gleaning cooperatives and other charitable organizations engaged in the distribution of food without charge.

The tax credit amount is equal to up to 15 percent of the value of the quantity of the crop donated computed at the wholesale market price. The credit is nonrefundable, but unused amounts can be carried forward for up to three succeeding tax years.

The goal, obviously, is to increase the amount of food donated by food producers to charities that serve individuals and families experiencing hunger by offsetting expenses incurred during the collection, transportation and storage of donated food.

West Virginia, New York and Colorado, for example, each require the donations to be made by farmers to charitable food distribution organizations.

The value of the credit in the states generally is a percentage of the wholesale value of the crop donated, ranging from 10 percent to 25 percent. All three states have caps on the credit amount for individual farmers and New York’s credit is refundable.

With a growing global population and climate change posting challenges to food production, look for more states, and eventually (maybe) the U.S. Congress, to take steps, tax and otherwise, to deal with our comestible consumption needs.