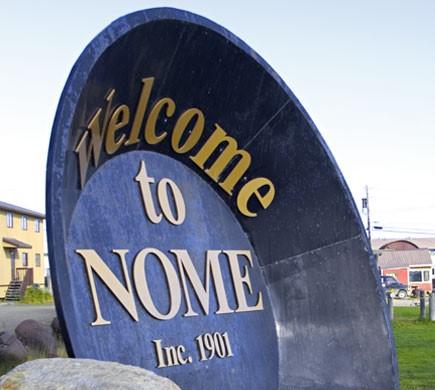 Nome, Alaska, is one of the cities in The Last Frontier that collects a local sales tax. The state's Gold Rush city is among the municipalities that will be able to unite under a new plan to collect sales taxes on online purchases. (Image: Wikipedia Commons)

Alaska is known in the tax world as the only state that has no income or sales tax.

The key word here, though, is state.

These tax-collecting communities now have a plan to work together to collect tax on online sales.

Creation of a consolidated commission: The Alaska Intergovernmental Remote Seller Sales Tax Agreement, the final draft of which was released Oct. 11, will enable the 49th state's participating cities and boroughs "to implement single-level, statewide administration of remote sales tax collection and remittance."

One of the goals, according to the document, is to provide for cooperative centralized administration of sales tax collection, remittance and enforcement via a single, statewide intergovernmental entity.

That entity will be the Alaska Remote Seller Sales Tax Commission, comprised of a representative from each of the member communities.

Unique to the northernmost state: The Alaska remote sales tax collection plan is unique because the state doesn't have a sales tax. 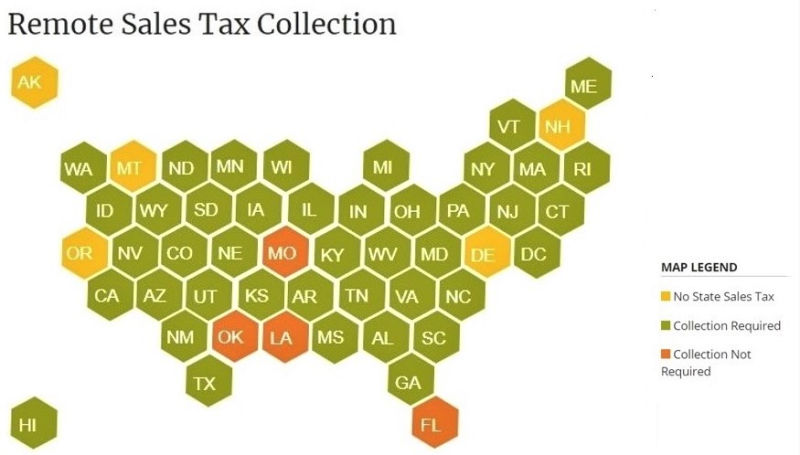 Those states use their governments' established tax offices as collection hubs.

Alaska's Commission was created to fill that clearinghouse role for the no-state-sales-tax state.

Yes, the Granite State doesn't have a sales tax either, at the state or local levels. It also doesn't tax wages, but does collect a 5 percent tax on dividends and interest income.

And New Hampshire's totally-no-sales-tax stance puts the state in a different position as far as Wayfair is concerned.

This summer, New Hampshire enacted a law to protect its businesses from facing online taxes levied by other states.

The Commission plan calls for sales tax remittance from every remote seller and marketplace facilitator that either has $100,000 in annual sales or 100 annual transactions within Alaska during the current or previous calendar year.

These sellers must collect the sales tax from buyers at the time of sale or service and send the appropriate tax money, based on the shipping address, to the Commission on a monthly or quarterly basis.

The Commission will work with the Alaska Municipal League. However, the administration of the collections will be handled by contractor MuniRevs, a Colorado-based software company, according to the Anchorage Daily News. MuniRevs and the Commission each will take a cut to pay for the cost of their work.

In addition, the remote retailers or marketplace members meeting the tax collection criteria must apply for a certificate of sales tax registration within 30 calendar days of meeting the threshold.

The Commission will maintain a list of registered remote sellers who are in good standing. It will be distributed to Commission members, as well as be published on the Commission's Web page.

However, many other communities do, specifically 106 sales tax jurisdictions.

All could be affected by the arrangement, depending on what those local officials choose to do with regard to the Commission.

The plan is expected take effect in 2020 in communities that decide to participate.

Fiscal and fairness arguments: While getting more tax money is a prime motivation, proponents of the Commission say it also will provide make the remote sales tax situation more equitable.

That's been a long-standing argument of those who support collection of online sales tax.

If local businesses pay local sales taxes but online stores don't, "local businesses are being systematically disadvantaged. That's not a good thing for anybody," Jeff Rogers, finance director for the City and Borough of Juneau, told the Anchorage newspaper.

We'll find out in a few months if the Alaska Intergovernmental Remote Seller Sales Tax Agreement will be the way to answer the fiscal and fairness issues.