Yo ho, all ye salty sea dogs and scalawags.

Just a quick reminder on this annual Talk Like a Pirate Day that the Internal Revenue Service wants its cut of your ill-gotten gains, be they pillaged pirate loot or otherwise criminally obtained. 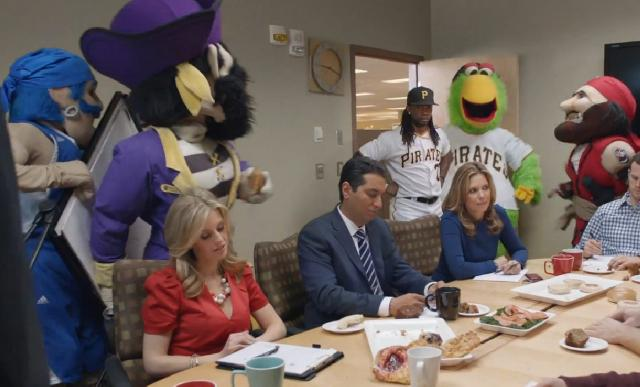 I know Andrew McCutchen is no longer a Pittsburgh Pirate, but the daring attack the former MLB National League MVP and his crew of sports team buccaneer mascots launched on an ESPN meeting back in 2013 still is one of my favorite television ads.

And while Cutch, who's now plays for the Philadelphia Phillies (another type of crime according to some sports fans!), and his fellow faux pirates escaped tax scrutiny for their plundering of ESPN's lox., they're a good reminder that even illegal income is taxable income.

Taxes due on illicit earnings: That means that all ye other crooks, both landlubbing and on the high seas, better watch out.

Don't try to show your heels to the IRS. Putting tax crooks in jail is something the IRS has been doing now for 100 years.

And, as we all know, it was the federal tax man who was responsible for putting Al Capone in Alcatraz.

The IRS makes its continuing position on cash from criminal acts clear on page 94 of Publication 17:

Income from illegal activities, such as money from dealing illegal drugs, must be included in your income on Schedule 1 (Form 1040), line 21, or on Schedule C (Form 1040) or Schedule C-EZ (Form 1040) if from your self-employment activity.

Pirate partying: For some honest fun on this year's International Talk Like a Pirate Day, you always can grab some grog and popcorn and enjoy one of Johnny Depp's many turns as Captain Jack Sparrow in the Pirates of the Caribbean movies.

If you'd like a more serious cinematic look at modern day pirates, check out Tom Hanks as Captain Phillips.

The National Park Service has some places with stories of pirates and privateering to tell. Visit one near you today (or any day).

Social media is all over buccaneer banter at #TalkLikeAPirateDay on Twitter.

And you can create your own pirate name. For the rest of today, I'm henceforth known as Cap'n Adele Redbeard. Or increase ye olde pirate vocabulary with the English-to-Pirate translator and pirate dictionary.

The Washington Post has more ways to participate in some fun piracy (also check out WaPo's original 2014 version), as does Mental Floss.

Feeding your pirate hunger: If the McCutcheon video has whetted your actual appetite, head to your local Long John Silver's franchise.

That fish fast-food outlet, per its Facebook announcement, is offering two ways to get some free food this Sept. 19, 2019.

You can simply talk like a pirate when ordering or dress like a swashbuckler for a bit more sustenance.

Ahoy and enjoy the day and your calorie-heavy booty!

This is a revised version of a post that originally ran in 2014.