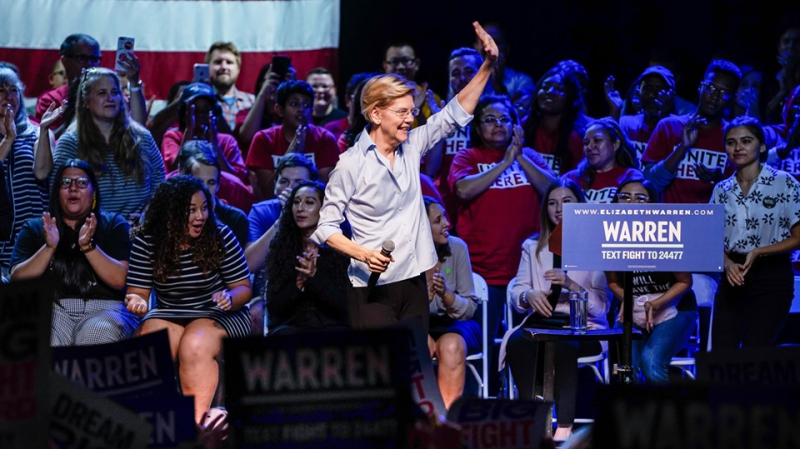 It's another weekend, so that means it's time for another look at wealth tax proposals.

Yeah, I know it seems like I'm in a bit of a rut, having posted about proposals from Democratic presidential hopefuls in recent weekends (on Aug. 18, Sept. 14 and a Monday, Sept. 16).

But the suggested ways to get more money from the rich are still getting attention.

Wealth tax roadblocks: Personally, I don't think any of these sweeping measures will pass, even if the Dems take the House and Senate.

Let's face it, too many rich folks of all political persuasions are in Congress. Plus, they stay in the House and Senate with financial help from other rich people, like the Wall Streeters who are threatening to withholding their dollars if the most vocal of wealth tax candidates is nominated.

Still, the prospect makes for some fun income inequality reading over a Saturday and Sunday.

And now there's a new take on Sen. Elizabeth Warren's wealth tax. One analysis says the Massachusetts Democrat's plan could include a $1 million marriage penalty.

It basically shows up when the joint tax bill for a dual-income couple is larger than it would have been if the husband and wife — or husband and husband or wife and wife — had filed as single taxpayers and then added up the two amounts.

It's been a topic of tax policy debate for, well for longer than lots of marriages.

When George W. Bush moved into the White House, his administration came up with tax law changes that more thoroughly addressed the marriage tax.

As you would expect, the major Internal Revenue Code changes made by the Tax Cuts and Jobs Act (TCJA) also affects the marriage penalty.

Basically, the new tax laws keep the marriage penalty, but it now tends to affect mostly top earning couples due to the restructuring of the income tax brackets.

Under the TCJA, the brackets for married filers are exactly double those for single filers except at the now top 37 percent rate. Previously, even medium-income married earners felt the marriage penalty.

Marital tax trouble for the rich: Robert Frank, wealth reporter for CNBC, says in his recent article that because of the nature and structure of Warren's proposed tax, ultra-wealthy couples could split their fortunes in half through divorce and avoid paying any tax.

Frank cites a study by Harvard economist N. Gregory Mankiw, who says that for certain couples, divorcing could save them $1 million a year.

Mankiw, who was the head of W's Council of Economic Advisers, is among the prominent economists who argue that avoidance strategies by the wealthy would dramatically reduce the projected revenue from any wealth tax. 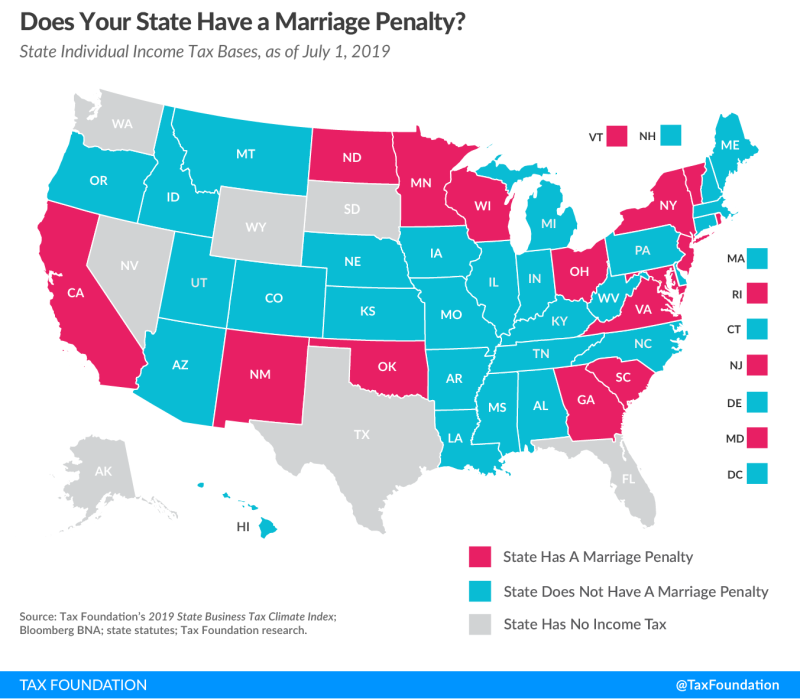 Fifteen states, shown in pink on the map above, have a marriage penalty built into their bracket structure, notes Tax Foundation policy analyst Janelle Cammenga.

Seven additional states — Arkansas, Delaware, Iowa, Mississippi, Missouri, Montana and West Virginia — along with the District of Columbia, offset the marriage penalty in their bracket structure by allowing married taxpayers to file separately on the same return to avoid losing credits and exemptions.

Have you ever faced a marriage penalty, either at the federal or state tax levels?

Thanks for the article! The ultra-wealthy couples were mentioned in terms of divorce capital division. And what about conventional couples that want to divorce? Will the taxes be the same for them?