Peter the Great's beard tax, an early attempt to use taxes to shape public behavior 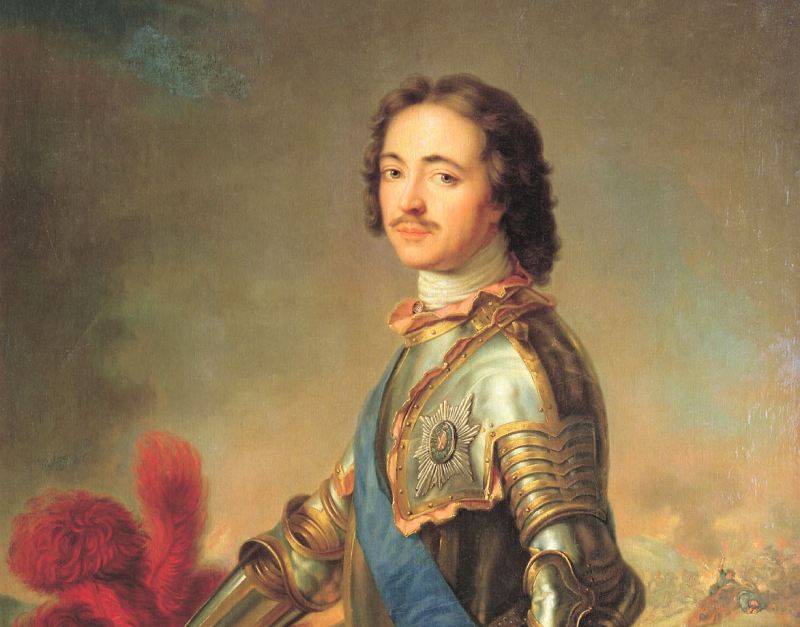 Russia's Tsar Peter I, popularly known as Peer the Great, was a believer in using tax policy to shape people's behavior. He tried to do that with a beard tax. (Image via Wikimedia Commons)

Every time we're hit with a new tax, we immediately decry how damaging it will be to us personally.

But it's highly unlikely that any of today's Internal Revenue Code assessments will ever hit as close to home as a Russian tax enacted on this day (or thereabouts) 321 years ago.

Sept. 5, 1678, is the day according to most accounts that Tsar Peter I, better known as Peter the Great, established a beard tax.

First, a no-facial-hair order: Originally, Peter declared that all the men in Russia had to lose their beards.

In his book  "Peter the Great: His Life and World," biographer Robert K. Massie notes that at a celebration of the tsar's return from a visit to Europe, "after passing among his [friends] and embracing them … [Peter] began shaving off their beards" with his own hands.

As you would expect, none in Peter's court questioned his action.

However, the no-beards decree was massively unpopular. Among those opposed was the Russian Orthodox church, whose leaders viewed clean-shaven men as blasphemous.

So Peter took his fight against facial hair in another, potentially more lucrative, direction.

Pay to not shave: "Eventually, the ruler's stance softened," writes Mark Mancini in Mental Floss. "Figuring he could make money for the state while still allowing people to opt to keep their beards, he imposed a beard tax."

The exact tax amount depended upon the status of the bearded man. It was, for its time, a somewhat progressive tax system.

Those associated with the Imperial Court, military or government also faced a 60 ruble per year tax.

Peasants, however, got a bit of a break. They faced a charge of one kopek — the ruble is subdivided into 100 kopeks — every time they entered a city.

To acknowledge that the beard tax had been paid, the those paying it were given a token. A silver coin went to nobility and a copper version for commoners.

Using tax policy to shape actions: In addition to imposing a tax based, in part, on the taxpayer's ability to pay, Peter the Great's beard tax also was an early example of trying to use taxes to shape individuals' behavior.

We tend to see this nowadays in the myriad sin taxes that are enacted or at least considered.

Peter's beard tax was a sin tax of its day. It arose from his desire to make Russia more competitive with Europe.

Successful shavers: The tsar had spent much of 1697 and 1698 traveling incognito as part of a Grand Embassy around Europe. The journey's goal was to learn the secret to the continent's successes.

But what caught Peter's eye on the journey, notes Smithsonian Magazine, was that most of the Western Europeans he met were beardless.

Hence, the beard tax was born.

It's something to remember the next time Congress or our local jurisdictions slap a new tax on us.