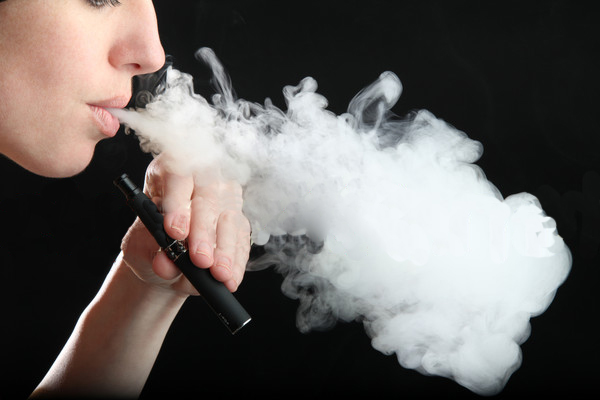 Vaping was once thought to be a safe alternative to cigarettes. That perspective is changing. Dramatically.

When the illnesses and fatalities started surfacing, even the White House reacted. Donald J. Trump initially floated a ban on some electronic cigarettes, but that position apparently has been revised.

Some Republican political data show that a no-vaping position could pose a problem with Trump's electoral base.

Maybe that's why Trump more recently walked back his ban a bit, Tweeting that he still like vaping as an alternative to cigarettes.

Still, lawmakers at all levels are contemplating what, if any actions, they should take regarding this 21st century habit. And taxes, of course, are part of the equation.

States ahead of Uncle Sam: As the White House and federal lawmakers examine both the political and medical health matters of vaping, some states already have acted.

The Tax Foundation reports that as 12 states and the District of Columbia currently tax vaping products. Seven other states have passed legislation to begin taxing.

The tax policy think tank's map (below) offers a quick look at where, as of September 2019, states stand when it comes to taxing vaping. 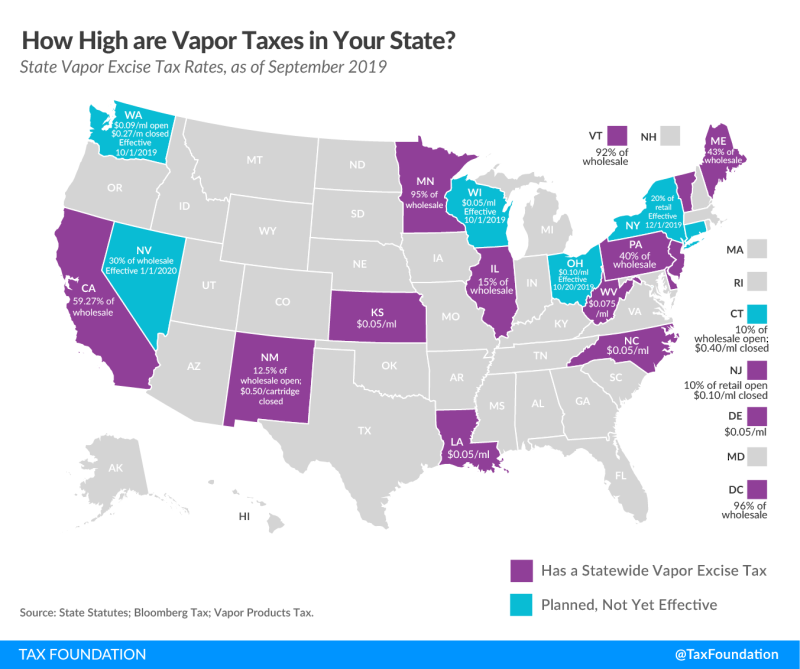 Minnesota is the state with the longest-running taxation of e-cigarettes, say the Tax Foundation. It taxes the product at 95 percent of the wholesale value as it considers it a non-cigarette smoking tobacco product.

In 2016 Minnesota raised $5.7 million from vapor products and expects to collect around $600 million in total tobacco excise taxes in 2019.

North Carolina, another state with a history of taxing vapor products, collected $4.5 million on vapor products and estimates $260 million in total tobacco tax revenue in 2018.

Vape tax options: In addition to showing us where there's vapor, there are taxes, the Tax Foundation analysis also explores the many ways this habit can be taxed.

Any vapor tax, says Boesen, should be specific, based on quantity.

"In terms of vapor products, the obvious choice is to tax the liquid based on volume … [as that] is the administratively simplest and most straightforward way for governments to tax a` good as it doesn't require valuation and as such doesn't require expensive tax administration," he notes on the Washington, D.C.-based nonprofit's website.

He also points out an argument used by many tax opponents, that they tend to be borne disproportionately by poorer individuals.

"When determining tax levels, it is important to keep in mind that excise taxes are regressive in nature," writes Boesen. "As smoking is more common among low-income Americans, lawmakers should take care to protect this group's ability to switch from cigarettes to vapor products."

Excise tax regressivity also is one of the reasons that lawmakers should not relying on any vapor taxes to fund broad-based government programs, adds Boesen.